In light of a summer of cancelled events, Goodwood is to host a behind-closed-doors mash-up of the FoS and Revival

Goodwood Road and Racing has announced a special one-off behind-closed-doors Speedweek event in lieu of the cancelled Festival of Speed and Revival events that would usually run during the summer events season.

The weekend will be broadcast across Goodwood R&R’s website and social media channels with a full roster of different class races, shootouts, rally and Gymkhana events throughout the three days.

While the lack of crowds is a shame for punters, it has allowed event organisers to run these races in a slightly different manner than usual, utilising the whole Goodwood estate and its kilometres of dirt tracks for rally events and the traditional hill climb and use of the vast public areas and Goodwood Circuit.

As with the traditional Revival, Goodwood Circuit will see some of the world’s most valuable historic racers battle it out in front of the cameras, alongside a rally competition with both modern and historic rally cars held on Goodwood’s dirt tracks. Goodwood will also hold the inaugural running of the Goodwood Gymkhana which will take place across the entire Goodwood estate, occupying the grounds usually reserved for enthusiastic bystanders.

The weekend will finish with a high-speed shootout, where both racers and road cars of both historic and modern generations will battle it out on the Goodwood Circuit in a bid to break a current official lap record that’s stood for 55 years thanks to the usual regulations limiting competition racing on the circuit to just period racers.

While the Goodwood Speedweek event won’t make up for the cancelled 2020 summer racing season, it remains something to look forward to as the summer draws to a close, ahead of a big ramp-up to the 2021 Festival of Speed and Revival events that Goodwood has confirmed will return bigger and better than ever.

Previous ArticleVolkswagen Golf 1.5 TSI 2020 review – an encouraging base for the next GTI
Next Article Ariel Nomad R revealed with 335bhp supercharged four and road-bias 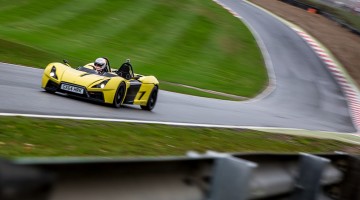 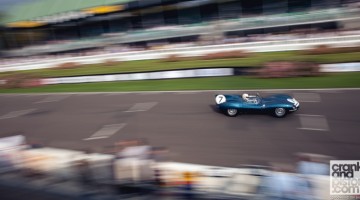