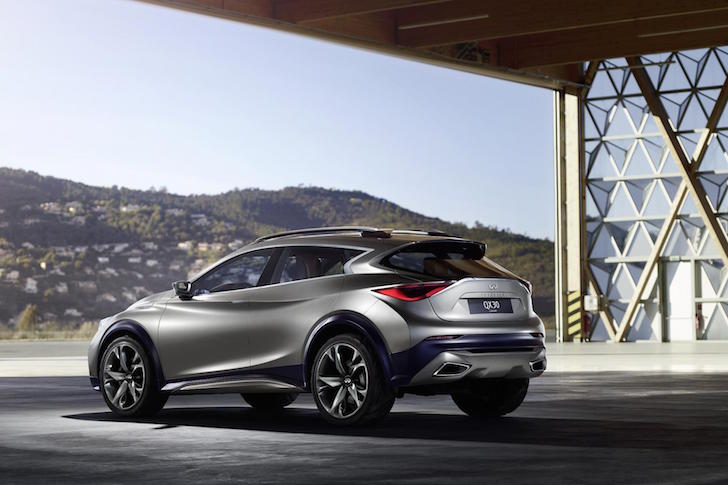 Infiniti has a new concept crossover SUV coming to the Geneva Motor Show. The QX30 Concept sits 30mm taller than its cousin, the Q30, and mixed coupe styling with a high crossover stance.

Infiniti says that the concept “hints” at a future premium compact vehicle, but it’s pretty much production ready, save for the concept car jewellery.

The design is based around the theme of “stylish protection”, which we take to mean looking good while still bumping into stuff around the city. There’s a more pronounced aluminium-trimmed bumper up front, and a skid plate at the back. It sits on big 21-inch wheels, finished in milled aluminium, while the roof rack is designed both as practical and as a sculpture for rear passengers to look through. Not sure that will make it to production…

We’ll see more of the QX30 Concept when it’s unveiled at the Geneva show on March 3rd. A production version shouldn’t be too far away, and when it appears it’ll target the likes of the Audi Q3 and BMW X1.