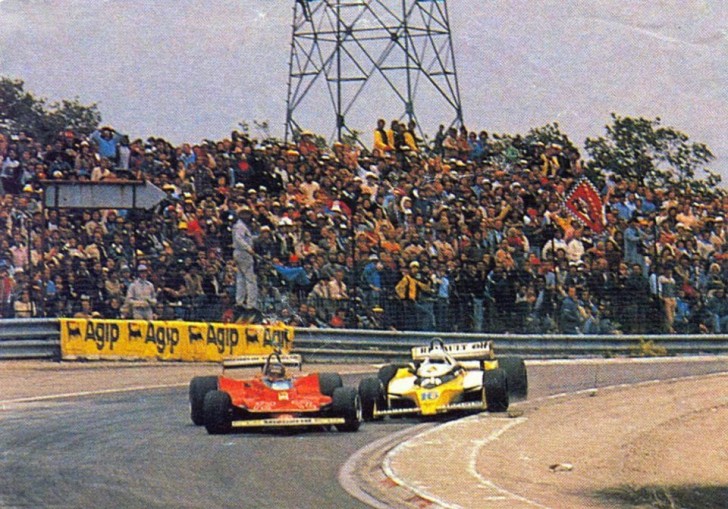 Internet gossip has it that the French Grand Prix may be revived from its four-year slumber to replace next year’s ill-fated New Jersey race. Bernie could certainly do a lot worse. Yes, the event was originally canned due to a lack of funds and the absence of a ‘world class facility’, but when we consider the event’s history, surely Paul Ricard or Magny-Cours deserve a second roll of the dice.

Alongside Britain and Italy, France was one of the first nations to host an official Formula 1 Grand Prix in 1950, albeit hosted at Reims. Michael Schumacher sealed his record-equalling fifth title in 2002. Endurance racing legend Jacky Ickx took the first of his eight F1 victories at Rouen in 1968. Ivan Capelli came agonisingly close to a shock win for Leyton House Racing in 1990, one year after teammate Mauricio Gugelmin had barrel-rolled a Leyton-sponsored March in Paul Ricard. Then of course, there was THAT duel in 1979.

Gilles Villeneuve’s place in F1 legacy was sealed with his three-wheel run to the pits at Zandvoort later that same year, but the Canadian’s wheel-to-wheel duel with Rene Arnoux’s Renault RS10 – on the Frenchman’s home turf no less – remains among the most exciting the sport has ever seen. Back and forth and with scant regard for the 312T4’s tyres, Villeneuve drove furiously to keep the higher-powered Renault behind for half a dozen laps.

The first F1 victory for a turbocharged car – courtesy of Jean-Pierre Jabouille – was cast into the shadows, Villeneuve’s hard-fought second place costing Renault a one-two at its home Grand Prix. Gallic board members were furious. Fans were over-joyed.