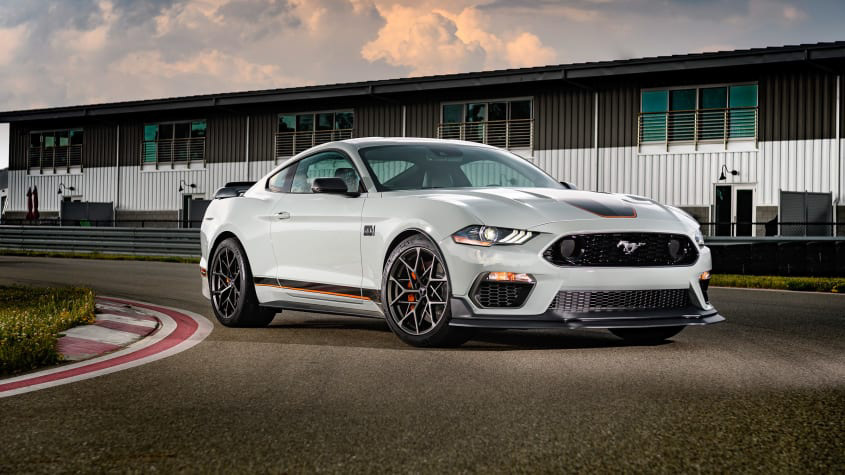 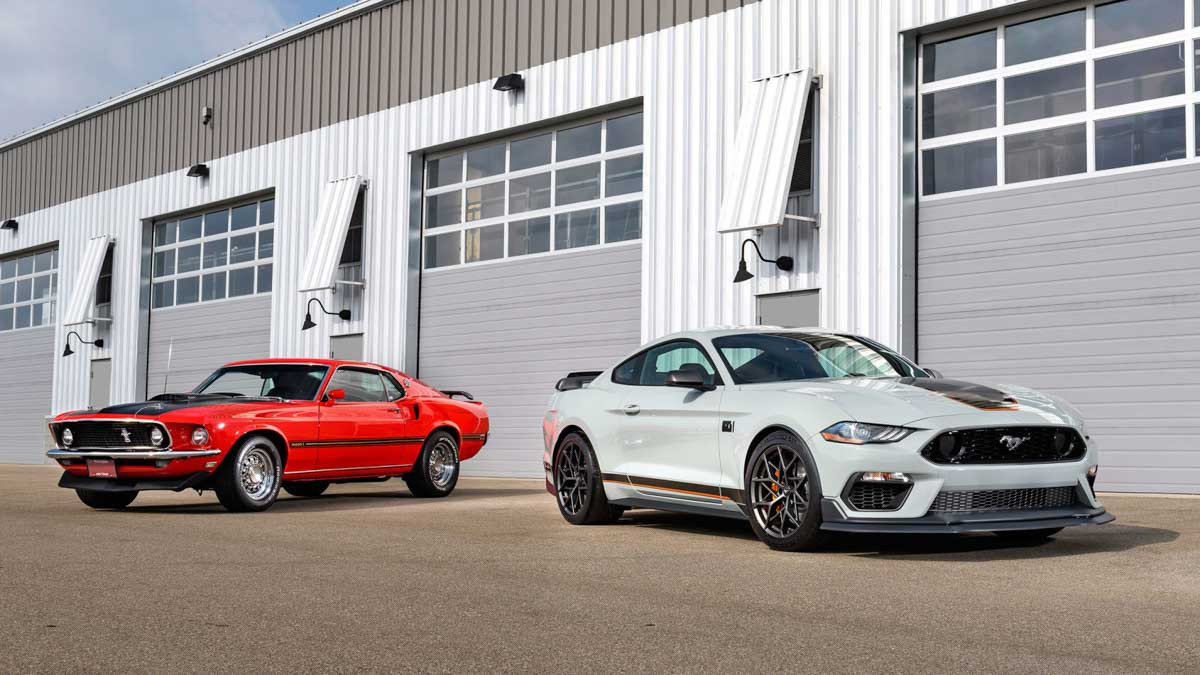 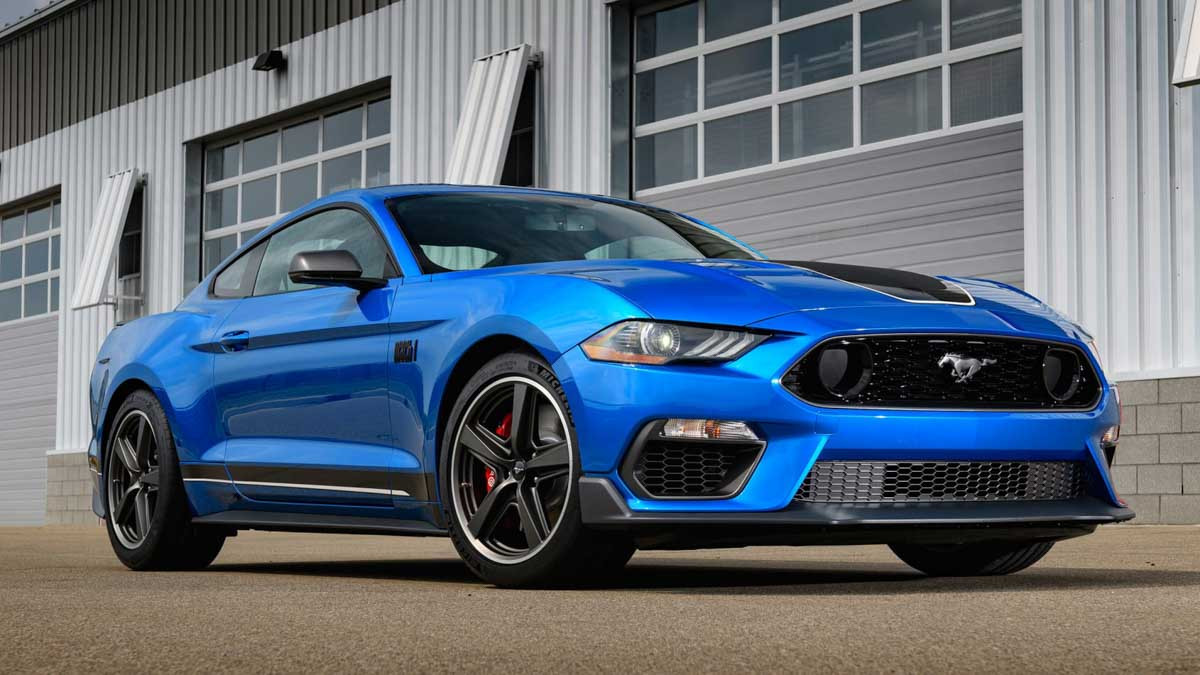 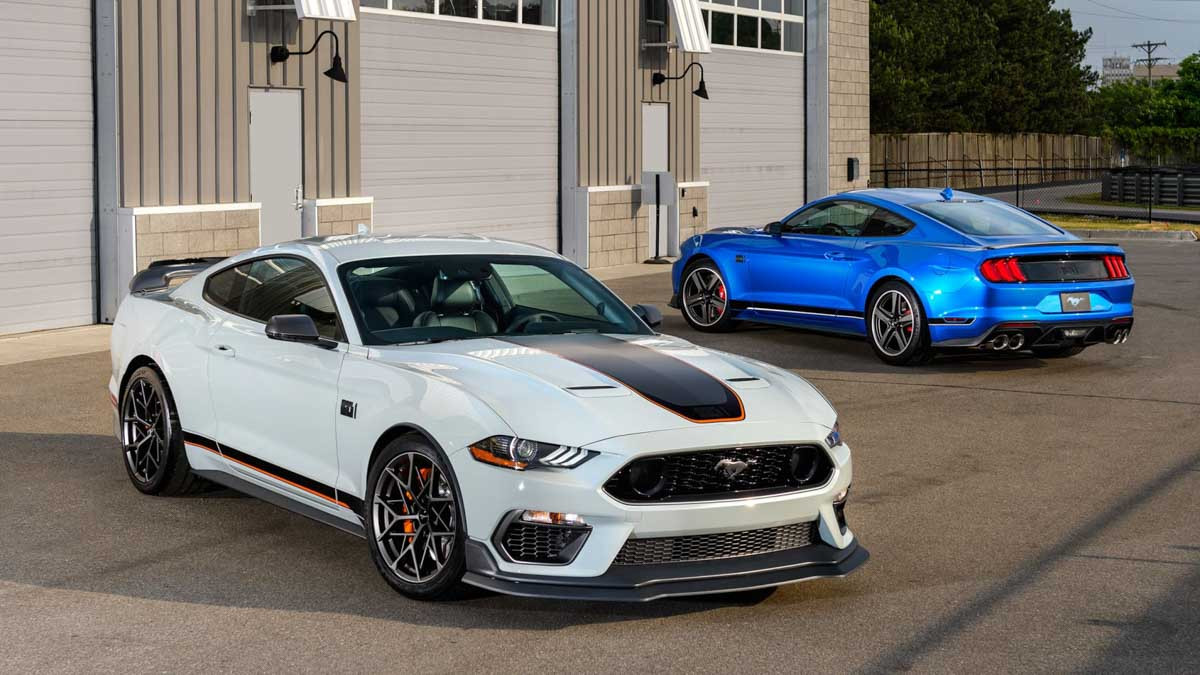 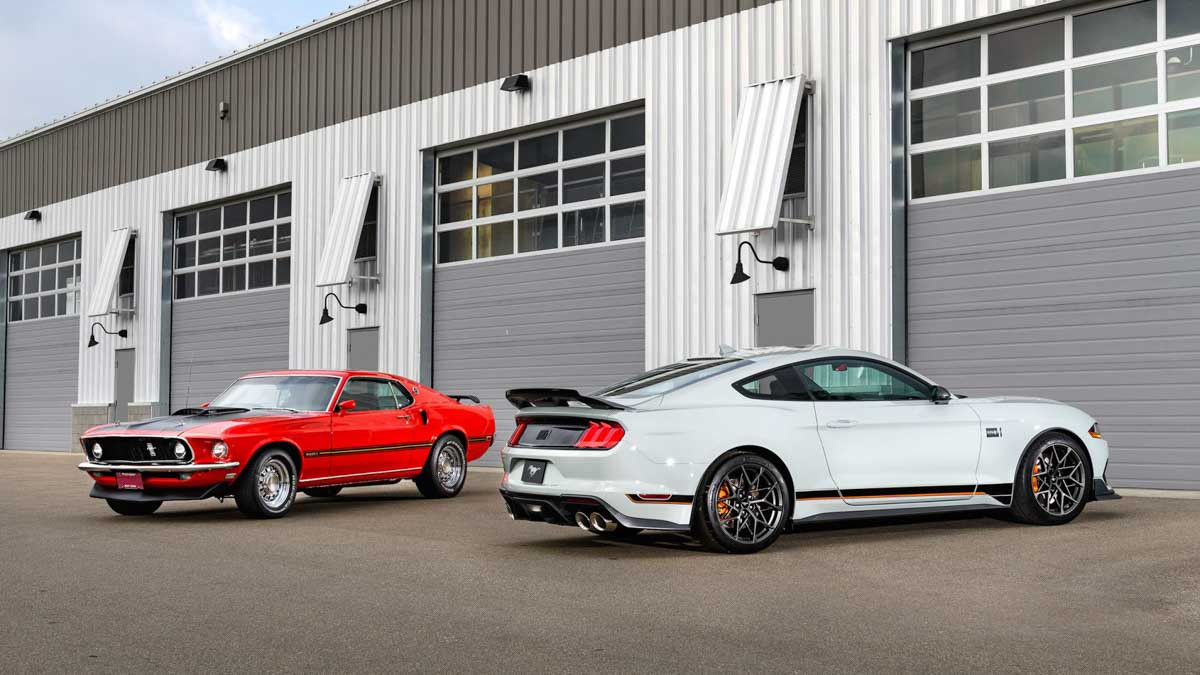 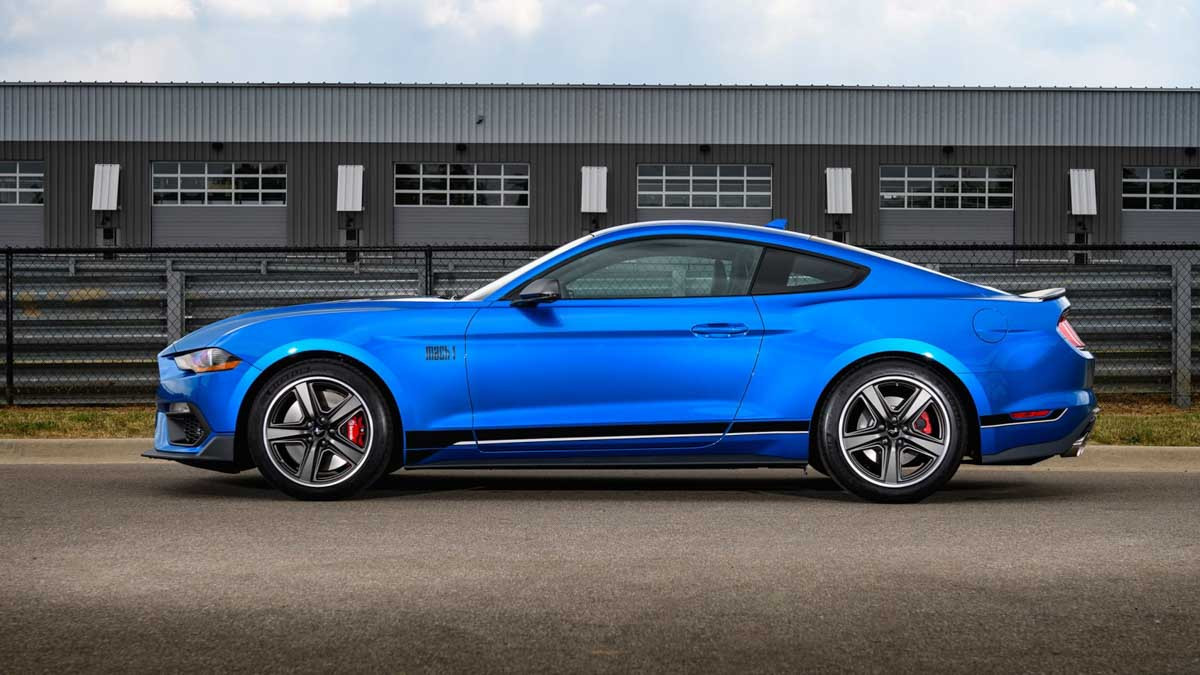 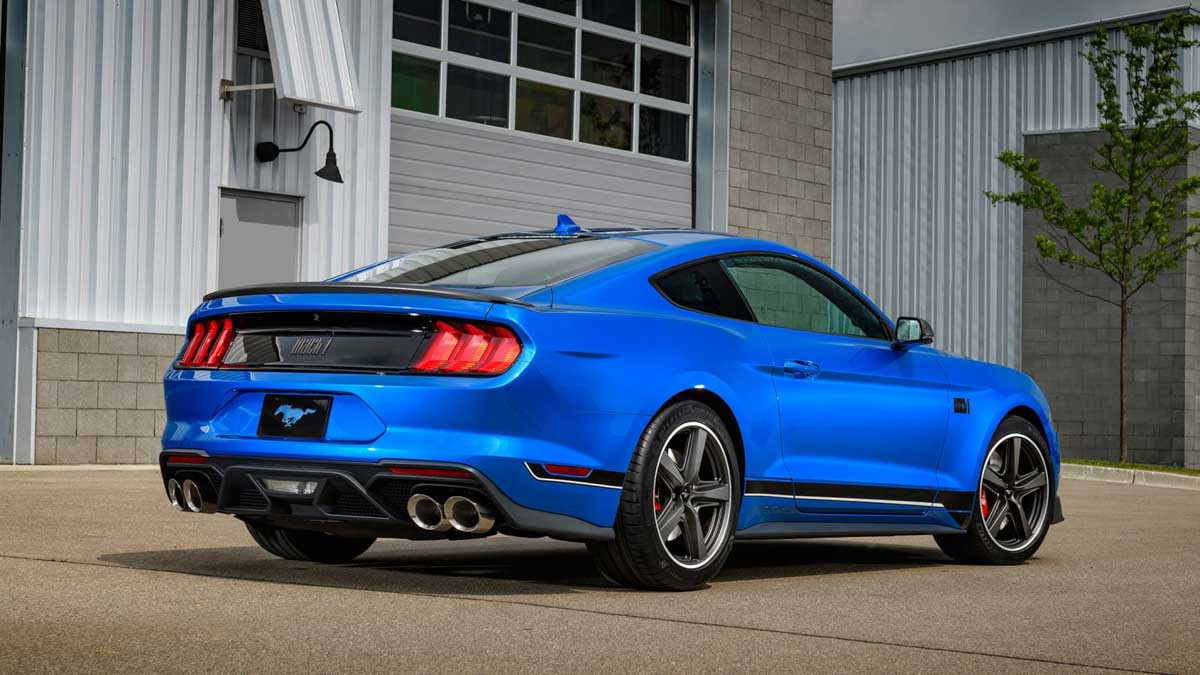 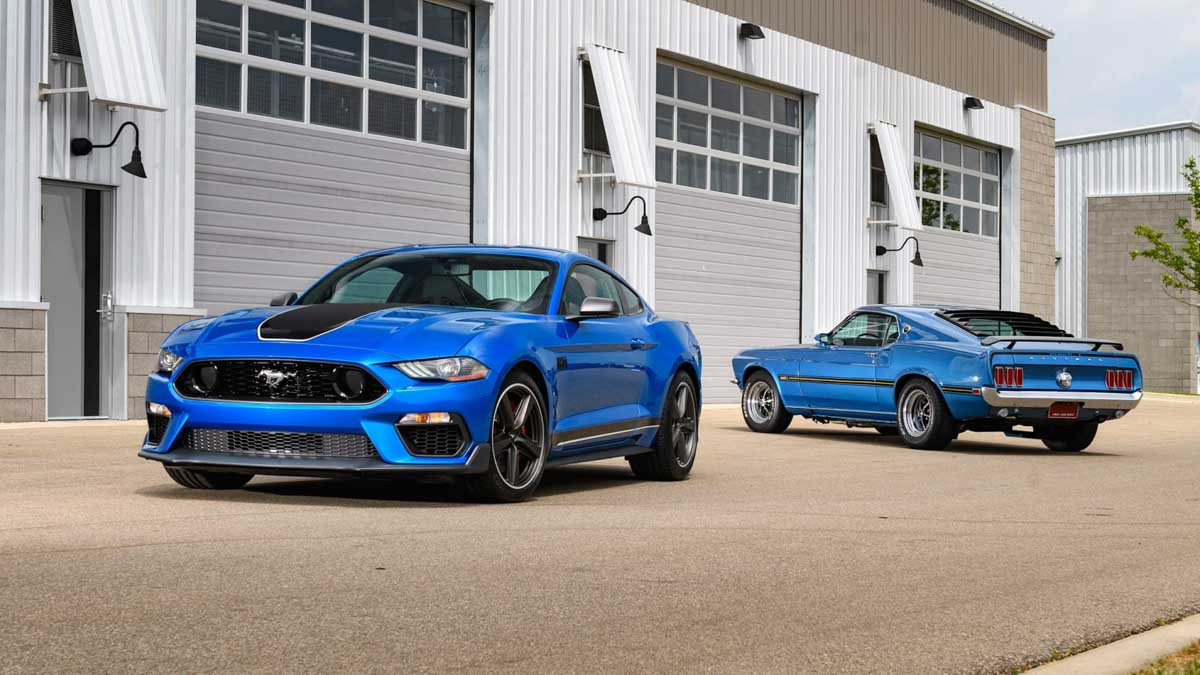 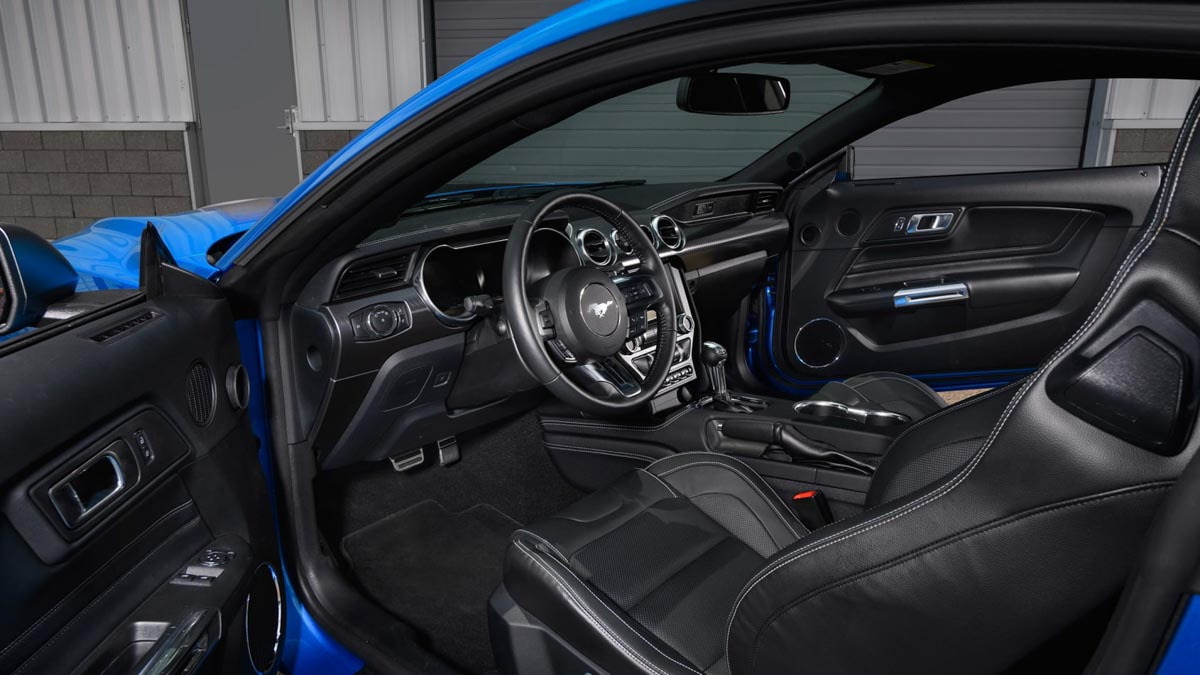 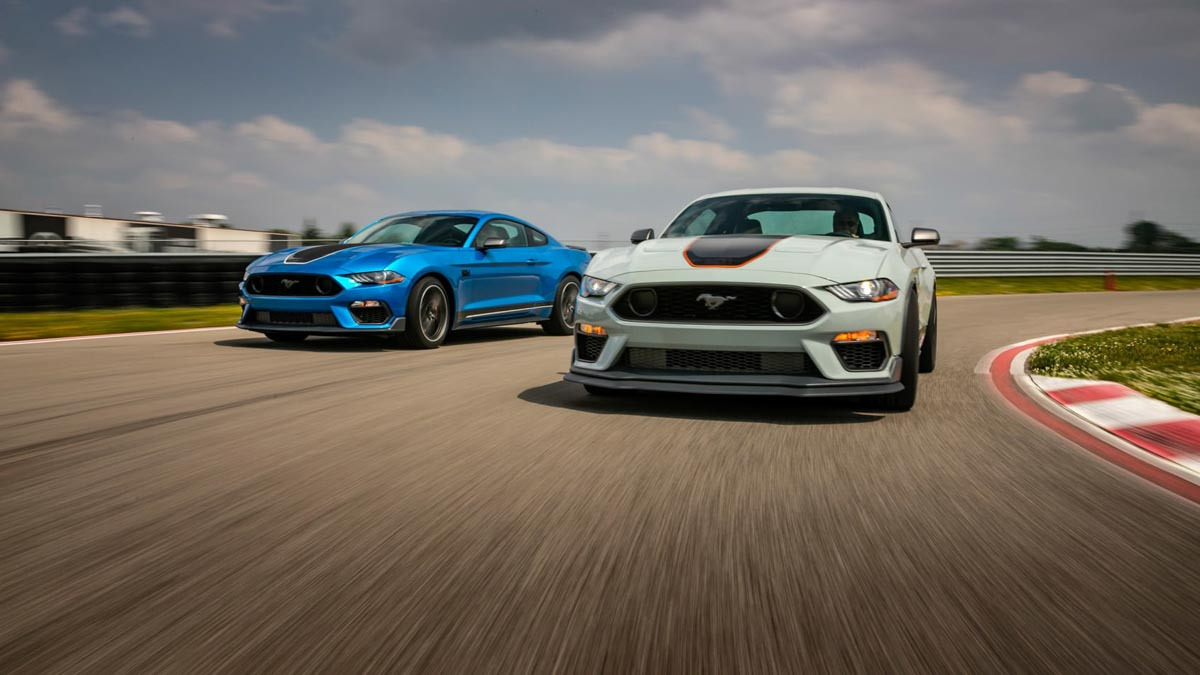 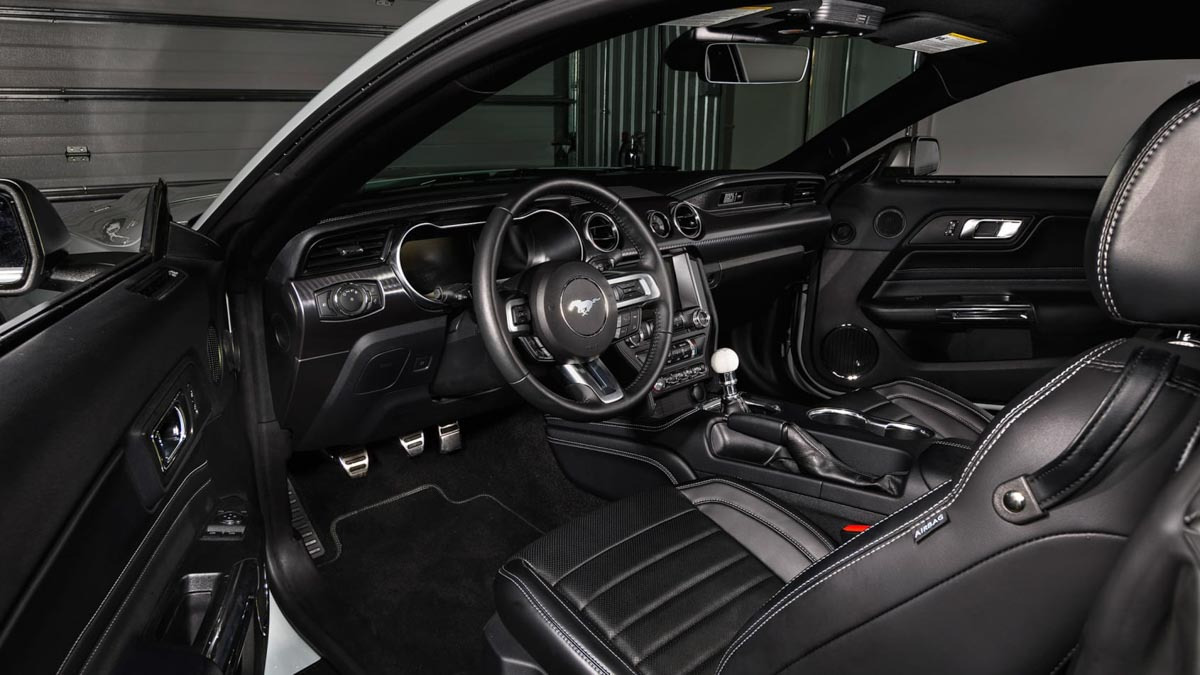 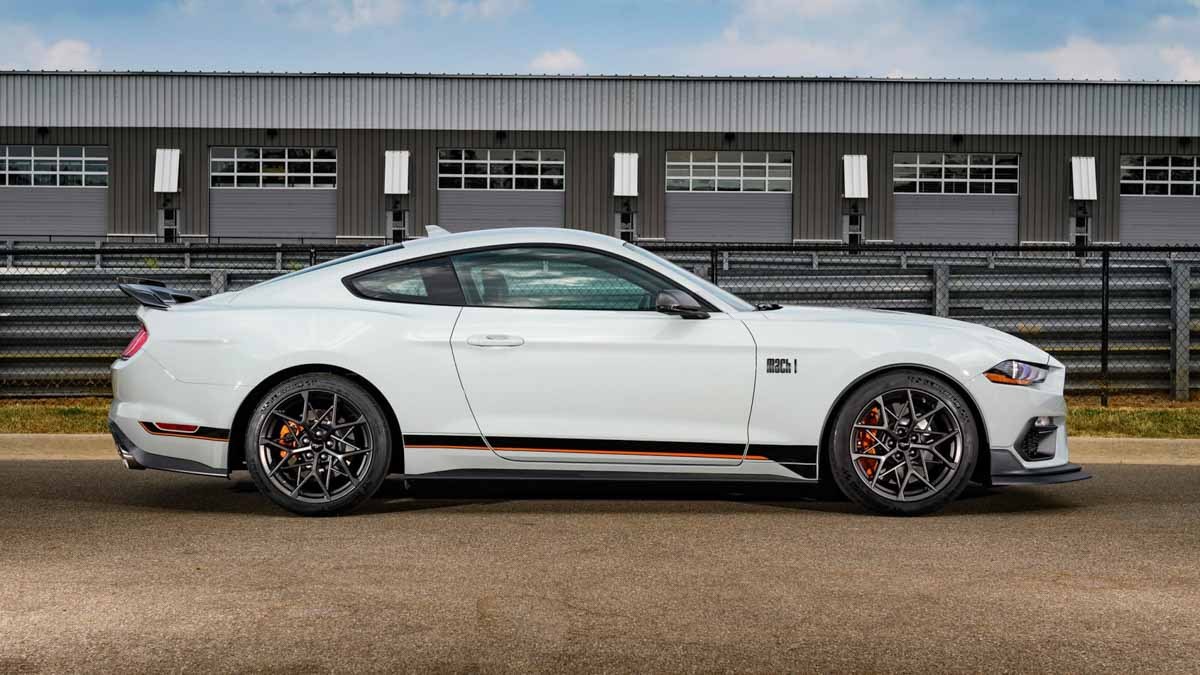 Ford has revealed the new Mustang Mach 1, a new performance version of America’s bestselling pony car to fill the gap between the GT and Shelby GT350. The Mach 1 combines a powertrain derived from that of the GT with a range of chassis and cooling updates from the Shelby models, plus some bespoke styling elements.

As mentioned above, the Mach 1 is powered by the same 5-litre ‘Coyote’ V8 engine as the GT, but features a range of ancillary updates which raise power from the standard GT’s 444bhp to 480bhp at a lofty 7000rpm; torque is also up 27lb ft to 420lb ft at 4500rpm. This extra performance has been liberated thanks to a re-booted ECU in conjunction with the intake manifold, engine oil cooler and upgraded cooling lines from the Shelby GT350.

Both six-speed manual and ten-speed automatic transmissions are available, the former with a shorter throw, transmission oil cooler and auto-blip function. The auto has also been updated with a bespoke calibration. The Mustang’s electric power steering system has also been retuned, so too the standard-fit MagneRide adaptive dampers. Ford’s also applied stiffer rear-axle bushings from the GT500, plus stiffer anti-roll bars on both axles.

The interior also picks up some bespoke design elements, including a new trim accent on the dash, and the accessory dials found on the GT350 and GT500. The Mach 1 will reach American showrooms in spring 2021, but is unlikely to be added to international markets.