The Ford Focus ST is finally in the Middle East and we get behind the wheel in Dubai and give it death. 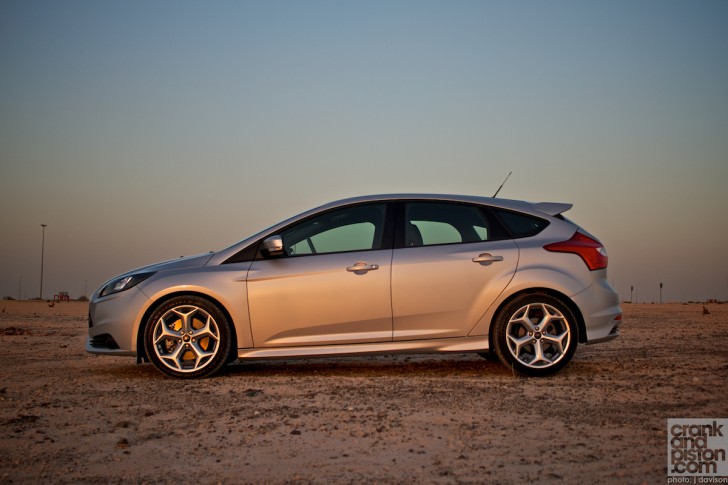 We’ve been waiting for this moment. Every iteration of the Focus ST up until this little silver weapon has been eerily missing from the Middle Eastern landscape. Blame the weather, the dusty environment, whatever you might want, but thankfully it’s now here. And it’s rather bonkers!

The Focus ST is the car that every hot hatch nut across the region has secretly been waiting for. It’s the top trump ‘what if’ car. You may have a VW GTI, a Megane or a Seat to hack around in, but you always secretly wonder what life with the ST would be like. The all new car might have lost the thumping five cylinder motor, but the new 247bhp 2.0-litre EcoBoost turbocharged petrol engine, mixed with a typically genius Ford chassis means the ST is ready for the fight. 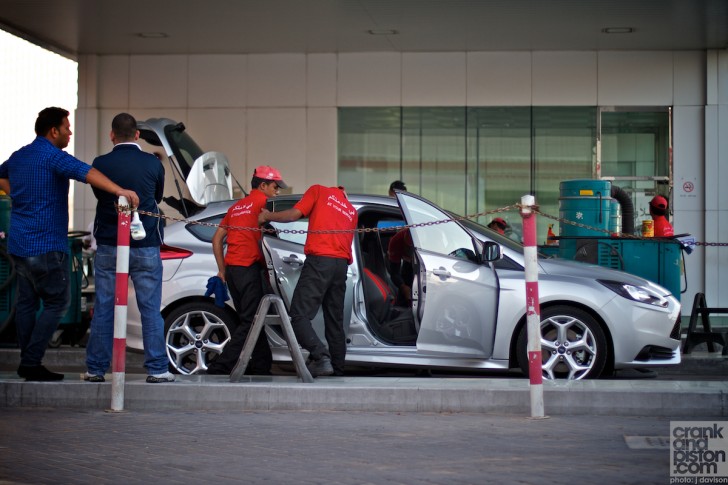 It matches the Renaultsport Megane 265 (another hot hatch we don’t get!) for power and pushes the boss of the segement, the VW Golf GTI to the side of the road. Yes, the five-cylinder car was a weapon, but it drank fuel like James Davison drinks coffee. Gone is that silky gurgle, replaced by a surprisingly distinctive four-pot wail. Purposeful, strong and amazing for an engine blown by a turbo. Not that you’d know from the noise in the cabin.

Sadly the better-looking three-door is off the menu this time round, with Ford sighting a complete lack of take up as the excuse. Personally, I’ve always been a five-door man, so this doesn’t affect me in the slightest. For others, it might be cause for concern.

The price? It’s a deal and priced so well that Ford will see these things flying out of the showroom… once people realise it’s here. In Dubai it is retailing at 99,000AED including all the good stuff you need with a modern machine. See? Killer value and a fair slice cheaper than a GTI. 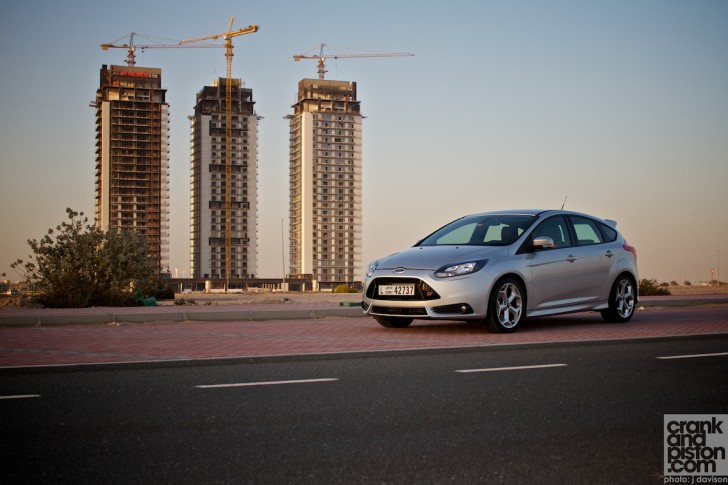 As we park up to snap away in the Dubai golden hour, you certainly appreciate the Focus ST looks the business. Not pretty and the rear is fussy, but it does look hard, with its gaping mesh grille (funny gap in the bonnet ignored), super sexy centre exit exhaust, motorsport derived bodykit including that jutting splitter and functional rear wing and the quite pretty 19-inch alloy wheels. Sum of its parts and all that.

Even in the rather bland silver (Where is Tangerine Scream on the press car?) it makes the mundane VW Golf GTI look even more mundane. I for one like the subtlety of the GTI, but had fun looking at the ST. Very moody.

Hop inside and the ST has the pleasure of some stunningly comfy and supportive Recaro sports seats, with contrast inserts (red on this occasion), rude boy gauges to monitor your boost, a metal gear-lever to burn your hands in the summer, a great steering wheel to hang on to as you thrash here there and everywhere and ST badges all over the place to remind you you’re not in the base model. 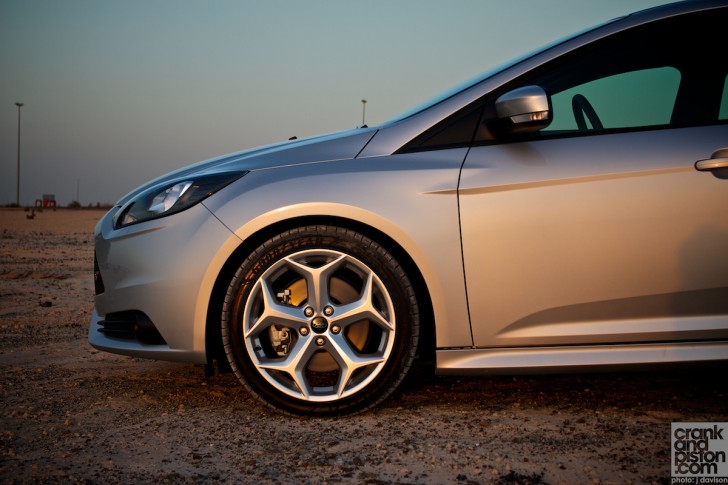 On to the business end. Up front the Focus ST gets the most powerful version of the Ford 2.0-litre EcoBoost turbocharged four pot engine. Replacing the old 222bhp 2.5-litre five-cylinder unit, losing a cylinder and giving you, the owner, more power with 247bhp on tap.  0-100kph in 6.5 seconds sounds good to us. As we mentioned, Ford have worked hard to make the ST sounds as good as the old one. Hard when you loose that vital fifth cylinder, but with the use of a synthesiser (read fake) to highlight the best bits of the four cylinder, you find yourself with an engine that sounds totally captivating at full chat.

Ford have employed their own little toy up front. Torque vectoring tries its best to ensure maximum traction for the front-drive chassis, yet you still can’t hide from torque steer. Others in the class seem to hide it better, yet it’s not an issue at all and to be honest, when you are giving it the beans, having that feeling of the car muscling you, is an added bonus. 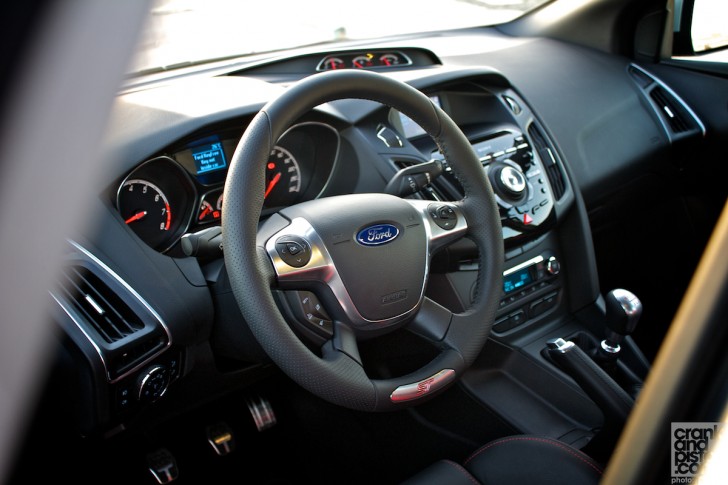 It’s safe to say that the Focus is one of the best handling cars in its class, while the firm but comfortable ride and quiet highway manners make it a great all-rounder. Even on the mundane schlep from Dubai to Al Ain, it was happy motoring, interjected with special pace when needed. Give it in an entry or exit ramp, grow some man bits and my my does it give back to the driver.  With standard traction and stability control set to sport and the great brakes, the ST is a proper machine that begs to be given full attack.

Is it a class leader? It’s pretty close that’s for sure. Let us get all Ken Block on it then maybe it would be clear cut.