Geneva ’16. Ford Fiesta gets even hotter with 197bhp

*NOW UPDATED WITH VIDEO* Ford has unveiled its new, more powerful Fiesta ST, ahead of the Geneva Motor Show.

Ford has revealed the all-new Fiesta ST200 ahead of its official debut at the Geneva Motor Show.

A more powerful version of Ford’s hathcback, the new ST200 delivers 10 per cent more power over its predecessor and 20 per cent more torque. This means the specially calibrated, turbocharged 1.6-litre EcoBoost petrol engine produces 197bhp and 290Nm (214lb ft) of torque, up from 180bhp and 244Nm (180lb ft) respectively. This also means the ST200 can go from 0-100kph in 6.7 seconds, two-tenths faster than the standard ST, and nail a top speed of 230kph, up 7kph.

It’s not just the engine that has received tweaks though. The new ST200 sits 15mm lower than the previous model and gets an adapted rear twist-beam with increased roll-stiffness, plus unique front and rear spring and damper settings for improved maneuverability. The steering arm has also been shortened and the steering ratio  made quicker, while the brakes have also been beefed up.

Prices have yet to be unveiled for the new Fiesta ST200. 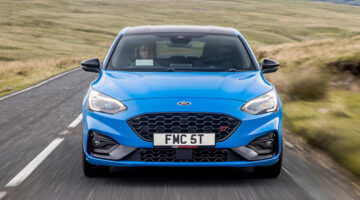 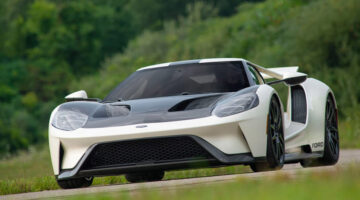