First 2017 Chevrolet Corvette Grand Sport to be auctioned for charity

The very first production 2017 Chevrolet Corvette Grand Sport Collector’s Edition is set to be auctioned off this Friday in Florida, America.

The first 2017 Chevrolet Corvette Grand Sport Collector’s Edition will be auctioned off in Florida, America, on Friday for Charity.

Inside is a three-dimensional representation of an original Grand Sport race car is embossed in the headrests.

The auction is set to take place on Friday, April 8 at 18:00 EDT at the Barrett-Jackson Palm Beach, Florida, auction to raise money for the Karmanos Cancer Institute charity.

Those unable to attend the Palm Beach Collector Car Auction may bid online at www.barrett-jackson.com. Since this is a charity sale, Barrett-Jackson will waive all buyer and seller fees. The winning bidder will receive a letter of authenticity. 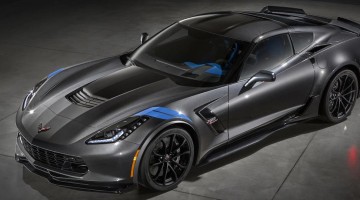