Despite being Ferrari’s bestselling model, the California fails to appeal to purists. Could the more performance-focused Handling Speciale change that? We find out in Maranello

The last car that came out of Maranello with the word ‘Speciale’ in its name, was pretty unforgettable, but unlike the modern classic that is the 458 Speciale, the Ferrari California T Handling Speciale isn’t a stand-alone model. Instead it’s an optional extra that’s intended to appeal to keener drivers who still like the GT qualities and everyday usability of the California T.

It costs $8,120 on top of the $226,150 list price for starters, and consists of new front and rear spring rates, revised magnetic dampers, a new exhaust system that’s louder and features a crisper, sharper tone, quicker shifts for the ‘box, new logic for the traction control systems and a few very subtle styling tweaks. The take up on the Handling Speciale package for the old normally-aspirated California was around 20-percent and is expected to be similar for the T. 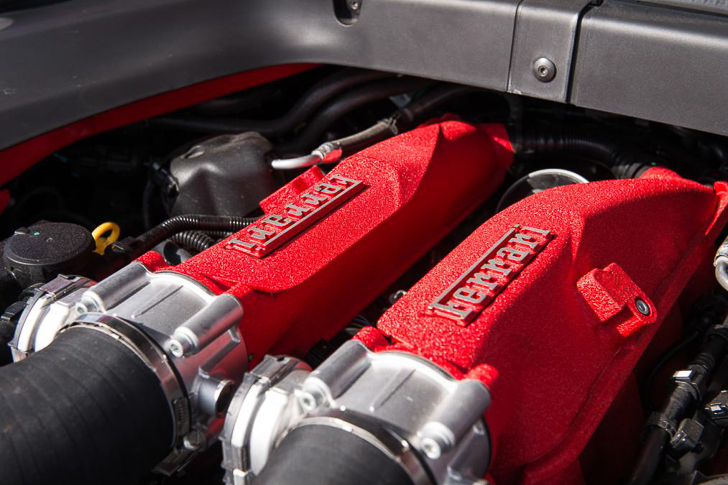 Any changes to the engine?

Yes, under the hood the engine remains the same mighty 3.9-litre twin-turbocharged V8 with 553bhp at 7500rpm and 557lb ft at 4750rpm. That peak torque figure is only available in seventh gear as Ferrari restricts the torque in the lower gears, gradually fattening out the curve as you climb through the ratios. The idea is that it enhances traction and creates a delivery that’s similar to a normally-aspirated car, which sounds odd but works really well. The Handling Speciale also carries the same much-enhanced gearbox, with upshifts executed 30-percent faster and downshifts 40-percent quicker. Under full load and at peak revs it’s a match for the 488 GTB ‘box which in short means it’s pretty spectacular. Ferrari quotes a 0-100kph time of 3.6sec – identical to that of the standard California T – and a similarly identical 313kph top speed. 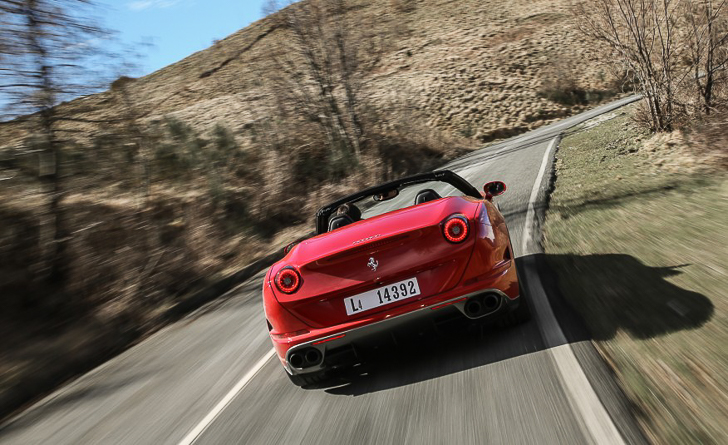 Stylistically, how have things changed, inside and out?

Well where things start to differ from the standard car is that spring rates are up 16-percent at the front and 19-percent at the rear and Ferrari say they’ve shifted the balance of the California T so it’s pointier and more agile. Understeer is a dirty word in Maranello and it seems they wanted to chase it away even in their entry level car that’s more GT than supercar. Visually you’ll recognise a Handling Speciale-equipped California T by its Grigio Ferro matte front grille, rear diffuser and black exhausts. Inside there’s a solitary badge on the transmission tunnel to remind you where that $8,120 went.

The exterior and interior clues might be subtle but from the driver’s seat the California T does feel improved with the Handling Speciale package. The engine is much more vocal although there’s a tiny bit of boom at low speeds. Overall it’s a much cleaner, more exciting sound, especially at higher revs. The engine remains quite remarkable for a turbocharged unit, offering superb throttle response that’s way beyond any other forced induction applications. Without the faint whistling laid over the V8’s angry howl you’d barely know it’s a turbocharged engine at all. Having said that, it doesn’t quite have the rush to the rev-limiter of the sadly departed normally-aspirated Ferrari V8s. 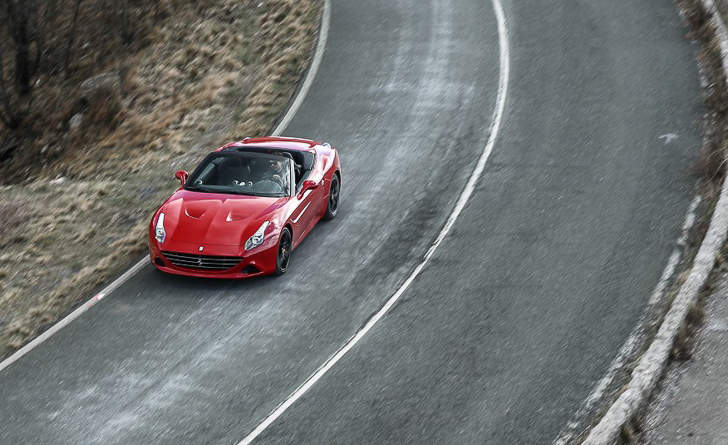 My first taste of the standard California T left me pretty surprised at just how much of a step up it was from the original car. I found it to be an extremely well judged GT car that finds the right balance between ride, comfort and out and out sportiness. The Handling Speciale package subtly improves on the latter, by way of a better chassis, without significantly compromising the former. Ferrari’s odd choice of test route on the Ligurian coastline consisted of tight hairpin after tight hairpin more suited to a hot-hatch than the softest of the prancing horses, but the HS took it all in its stride. There’s still plenty of body roll though, and if you drive it like you might a 488 it can feel slightly out of its comfort zone, but for the most part it’s more agile, better balanced front-to-rear and just more fun. The quick steering ratio also feels much more suited to the better tied down chassis. 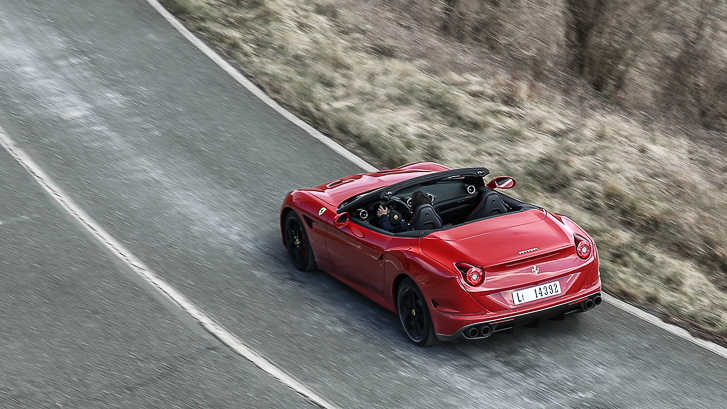 So, the California T Handling Speciale. What’s the verdict?

In terms of balance the HS is certainly entertaining. Turn in to a medium speed corner and the front darts for the apex and the rear immediately seems to take up a bit of attitude. It’s not oversteering, just helping to keep the Cali nice and neutral. The revised stability systems are a real help here, allowing the car to feel mobile and fluid but not giving you so much rope that you’re worried the car’s going to swap ends. Turn off the driver aids and the Handling Speciale is happy to indulge with a wag of the tail. Saying that, the body roll and pitch can make it feel slightly scrappy.

It’s when you start writing a cheque where things get tricky for the California T Handling Speciale, since it’s nearly $235,000. So while logic would state it’s a Mercedes SL rival (the SL63 AMG is actually $165,000) I can’t help thinking of the Audi R8 V10 Plus or Porsche 911 Turbo S Cabriolet or McLaren 570S. All perfectly usable, all much more exciting to drive, and – badge aside – all imparting a much better sense that they’re something really special. The Audi in particular feels about two or three generations ahead in terms of quality, cabin design and technology (and the Spider is coming). Crucially for the Handling Speciale though, the above mentioned cars all sit far more on the sports-car end of the spectrum than the California T, which is decidedly and unashamedly a GT targeting those with both a softer inclination and the desire for a Ferrari badge. The fact that the California is far and away Maranello’s best selling model tells you that there are lots of people out there for whom that is a pretty appealing combination. 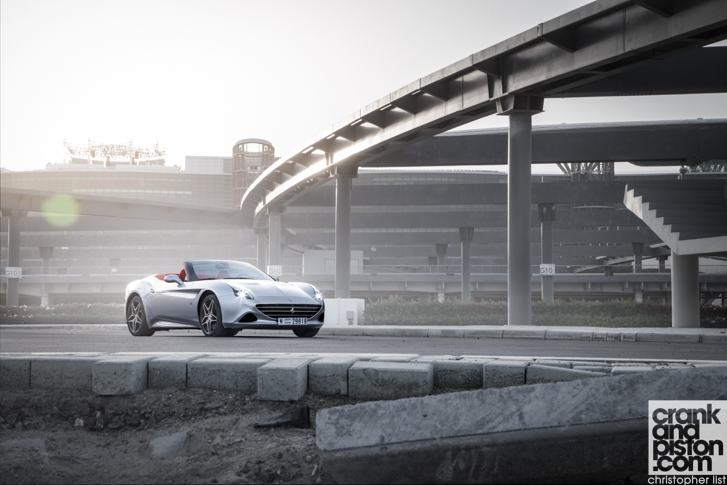