A classy and stylish supercar, running a mid-mounted V8 with twin-turbochargers making over 600hp. Yep, that’s the Ferrari 488 GTB for you. But would our man choose one over McLaren’s 650S?

Only a week after the Ferrari 488 GTB was launched at the Geneva Motor Show, Maranello’s latest arrived in the Middle East, and – with facts, figures and various press material scanned and memorised – crankandpiston.com was keen to take a peak. Among Ferrari’s key speakers was chief engineer of the 488 GTB Michele Giaramita (also project manager on LaFerrari incidentally), who explained that simply replacing the very successful 458 Italia would be an enormous challenge.

Eliminating turbo lag from the new 3.9-litre twin turbocharged V8 for instance (a derivative of the unit found in the California T) was a top priority. Both turbos are sculpted in lightweight titanium alloy with ball bearings, and lightweight blades with redesigned aerodynamics, allowing them to spool quicker. To make them yet more efficient, Ferrari has programmed them with variable turbo boost control, where – depending on the gear selected – the system automatically sets the optimised amount of boost. Plus, to avoid muffling that iconic Ferrari soundtrack, the turbos have been distanced rom the engine. How they’ve managed to do that and create less lag simultaneously remains a mystery…

But here’s the thing, I’m not yet fully convinced. 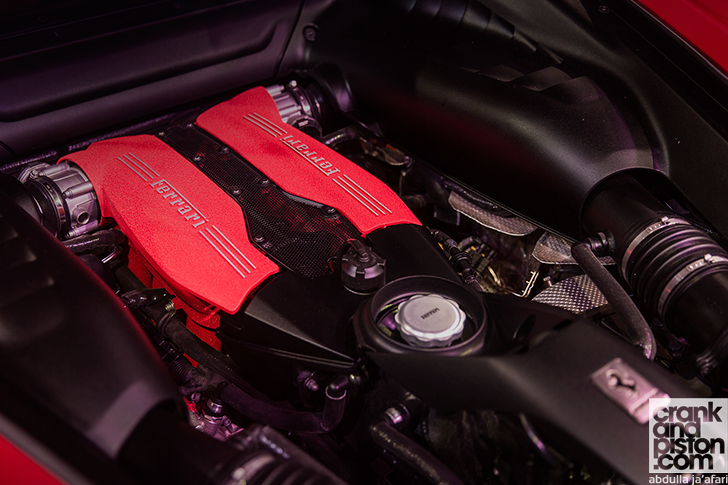 As some of you may know (if you’ve read my piece on the 570S at least) I’m a big fan of McLaren’s 650S, it being just about the prettiest and best handling supercar – in my opinion any way – currently on-sale today. But given the effort that has gone into making Ferrari’s ‘new 458’ even better than it’s already stellar predecessor, is the 488 GTB about to replace the 650S in my heart? Let’s find out…

With 670hp and 560lb-ft of torque, Ferrari has improved overall acceleration with a claimed 0-100kph of three seconds flat, and a 0-200kph time of 8.3 seconds. Compare that to the McLaren though and the 650S hits the ton at the exactly the same time, but sneaks to 200kph slightly quicker.

Sorry Ferrari. In this opening gambit, you’ve been top trumped…

For body tweaks, the 488 GTB is essentially a reborn 458, with the shell remaining largely the same but surrounding aerodynamics having been revised to incorporate the new turbos. New vortex generators on the hood and new vents on the front bumper mean up to 325kg of downforce is available.

What really caught my attention though is the new patented ground spoiler integrated into the bodywork, another nod to improved handling and balance. But patented? Hold on.. I remember seeing that integrated spoiler in the similarly-priced and already established Aston Martin Vanquish, which did that back in 2012. Hmm. 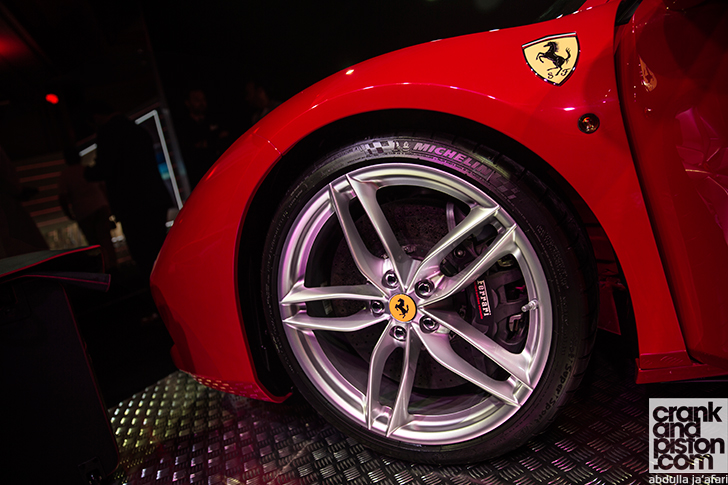 Not looking good for the Ferrari, is it? That is until we take a closer look at that new LaFerrari-derived braking system, which strips braking 200-0kph braking distances to just 117 metres, five less than the 650S. Harsh? Perhaps, but that does mean it’s still all to play for…

Over all, the 488 GTB is (seemingly at least) vastly improved in terms of handling, is now 30kg lighter and boasts a better centre of gravity thanks to the engine now being mounted even lower. Oh, and it’s now finally got keyless entry.

Does this mean the Ferrari will overtake the McLaren 650S in my affections? We’ll only know when the time comes to slide behind the wheel. On the scoreboard at least, the 488 GTB is off to a good start