Petrolicious meets the Smith family who are selling their Ferrari 275 GTB/4 N.A.R.T. Spyder and donating all proceeds to charity. 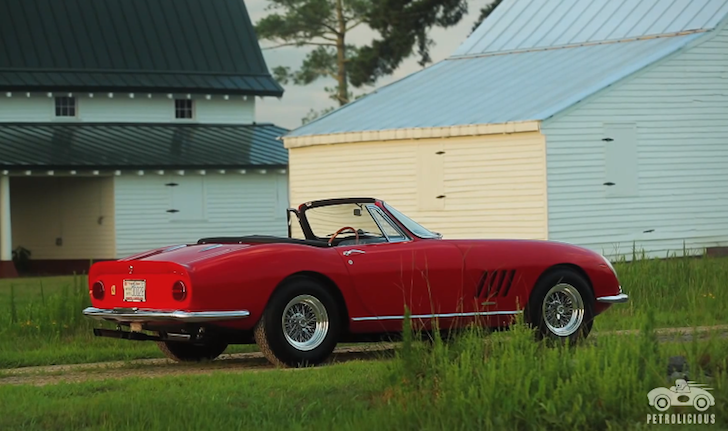 The Ferrari 275 GTB/4 N.A.R.T. Spyder ranks as one of the rarest ever made by the Red Car Shop. As a custom convertible variant of the 275 GTB/4 – built by Sergio Scaglietti – 25 units were planned on the request of Luigi Chinetti, however, only ten saw production.

Chinetti was an Italian born racing driver, founder of the North American Racing Team (an official arm of Ferrari) and also opened the first Ferrari dealership in the United States. Unhappy with the 275 GTS, he requested Sergio Scaglietti and Enzo Ferrari to build a Spyder version of the 275 GTB and Chinetti would be the sole dealer of a car that earned the reputation as “the most satisfying sports car in the world.”

With Petrolicious however, the focus is on the relationship we have with our cars and the history of ownership. For this 1967 Ferrari 275 GTB/4 N.A.R.T. Spyder, it is the Smith family that have been the custodians since Eddie Sr. purchased it new. And now, they are parting with it with all proceeds going to charity.