All-new to the Formula 1 calendar, Russia and the Sochi Autodrom is the next port of call for the Mercedes F1 steamroller. 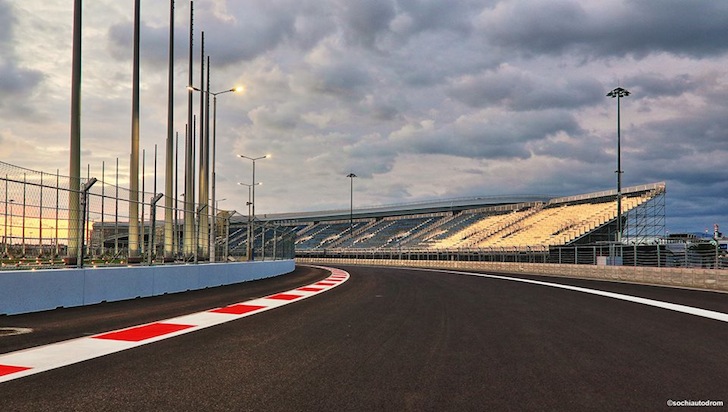 And so to Sochi, meaning just four races and 125 points of the 2014 Formula 1 season remain on the table. For Daniel Kvyat, recently announced as Sebastian Vettel’s replacement at Red Bull Racing, it marks his first home event in F1 and the first time Russia has appeared on the official FIA F1 calendar.

Key talking points include the recent bout of Mercedes domination, with Lewis Hamilton just ten points ahead of Nico Rosberg in the standings after three wins on the bounce. Despite the canvas faced by all drivers at the Sochi Autodrom, the Brit holds another ace in his hand over his teammate, Hamilton only one of only five drivers currently on the grid to have won on a brand new circuit first time out.

Stepping away from the Silver Arrows, the Russian Circuit – as our reigning world champion demonstrates in the video below, albeit in an Infiniti Q50 – is the third longest on the current calendar at 5.848km (only Spa-Francorchamps and Silverstone are longer), boasts 18 corners, and a potential top speed of 320kph. Talk also surrounds Jules Bianchi’s replacement at Marussia, following the Frenchman’s ferocious accident at Suzuka that left him with serious head injuries.