Ahead of the country’s inaugural event in 2011, the ING Renault Formula 1 team – including Fernando Alonso and Nelson Piquet Jr – visited New Delhi to demonstrate their donut skills to an assembled crowd. 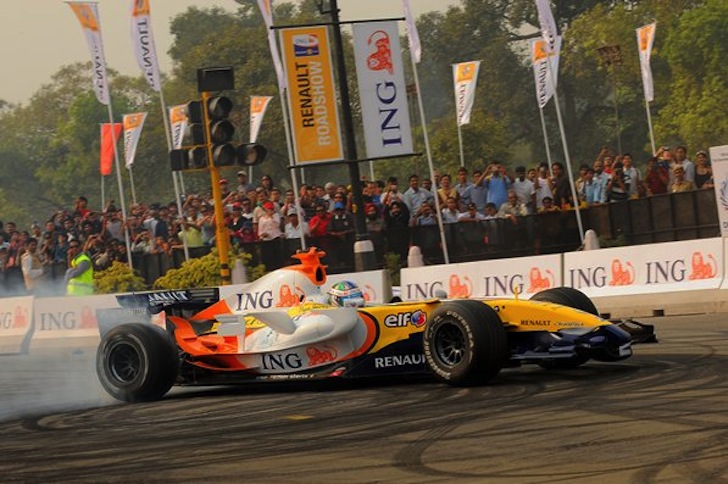 Despite talks escalating as of late concerning the possible of the cancellation of the Indian Grand Prix (amidst allegations of tax irregularities), the Buddh International Circuit will host its third Grand Prix this weekend. The previous two races have not produced scintillating racing – Lewis Hamilton and Felipe Massa’s mid-race contretemps aside – and given the pace of should-to-be four-time World Champion Sebastien Vettel, we’re not expecting much from this year either.

How different the vibe was in 2008, ahead of the inaugural event in 2011. The F1 Renault team (before that Singapore business kicked off) visited New Delhi, then-drivers Fernando Alonso and Nelson Piquet spending time with the region’s F1 fans and wowing the assembled crowds with a few donuts.