The decision to award double points in the final Formula 1 race of 2014 is ridiculous. And it’s not the first time F1 has tried something like this.

In 2000, the Champ Car World Series – one half of the IndyCar series following ‘the split’ in 1996 – hosted one of the most exciting seasons of its then 21-year history. Nine different drivers won the first 12 races with another two sealing wins before the year was out. The next season was no less enthralling with eight different winners from the opening nine rounds, and the champion elect – Gil de Ferran – only entering the winner’s circle with four races to go.

The key to success? Long range fuel runs. Qualifying at the back didn’t necessarily mean a driver’s weekend was done if he could stretch his fuel load and only make two stops when those up front – fighting tooth and nail for position – had to make three. It would leave him running on fumes at the chequered flag, but victory from the bowels of the grid was a genuine possibility. It was a scintillating period of motor racing confined to the scrapheap altogether when mandatory pit windows were introduced the following year. Gone was the possibility of grandstand finishes in favour of ‘levelling the playing field’, as erstwhile champion Cristiano da Matta proved by sealing the 2002 CART title three races early. The recent bombshell that double points will be awarded for the 2014 Formula 1 season finale in Abu Dhabi brought this scurrying back to mind. 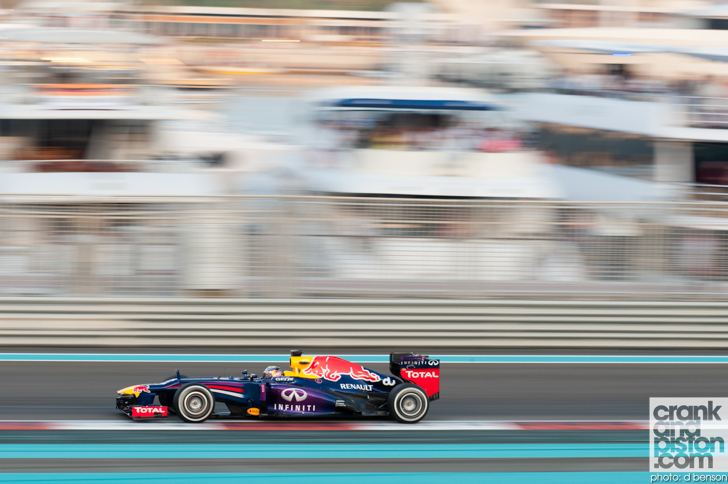 Given the context of Sebastien Vettel’s dominant championship year in 2013, the new ruling could be considered a good thing: more points mean a greater incentive to score earlier in the season and eke out a gap to the closest rivals, which means more fights on-track for position, which ultimately leaves more drivers in contention for the championship, which means a nail biting season finale that anybody could win. Hurrah! The season is saved.

Perhaps. Or is this perhaps a panic-reaction to another dominant performance by a German Formula 1 driver that’s causing a dive in TV ratings? It wouldn’t be the first time.

After a walkover season by Michael Schumacher in 2002 – in which Ferrari’s numero uno won the championship a record six races early – the sport’s governing body declared that ten points would be awarded to the winner as normal in 2003 but that the runner-up would get eight rather than six points, the hope being that a closer points deficit would keep the championship battle tight. Indeed it did, and although Schumacher once again took the crown, only seven points separated the top three in the standings heading into the penultimate round. Come 2004 though, another blanket year for Ferrari – in which Schumacher and teammate Rubens Barrichello won all but three races – left the new points scoring principal in tatters. 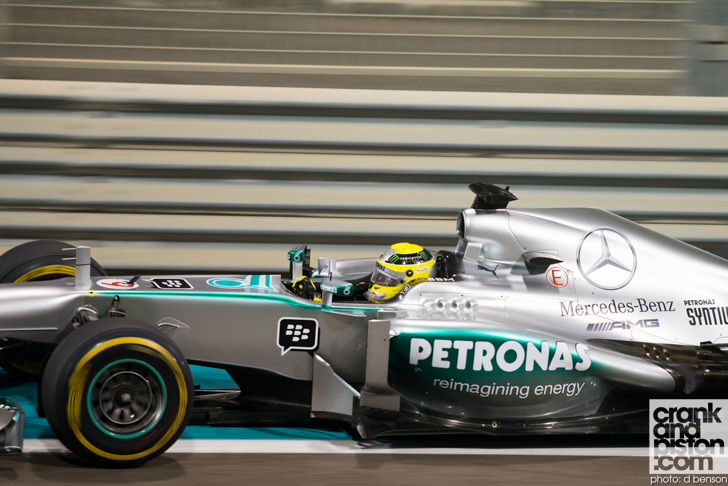 The most recent points shake-up in 2010 (which save 25 points allocated for a win and one point for tenth, nobody has bothered to memorise) arguably struck a good balance, leaving as it did four drivers in contention for the crown at season’s end. A fitting finale certainly, but altogether just? How would it have been if the fourth championship contender, barely in the fight by his fingertips, had taken overall victory after problems befell his nearest rivals? ‘Lucky’ would surely have been on everybody’s lips, and that’s no way to celebrate a Formula 1 title.

New points aren’t the only game changers introduced to spice up the action. In 2010, the Kinetic Energy Recovery System – essentially a ‘push-to-pass’ button – and a movable rear wing (the Drag Reduction System) saw a boost in passing manoeuvres on-track, but purists argued that the KERS/DRS systems made passing too… easy. White-knuckle overtakes around the outside of Eau Rouge, THE corner at the legendary Spa-Francorchamps, suddenly became a cakewalk when the passing driver had a 20kph advantage to play with.

Then there’s the tyre debacle, an issue so rife with criticism that Pirelli – under instructions for three seasons to make a more fragile tyre compound to improve the show – have threatened on several occasions to pull the plug altogether. Few could deny that Nico Rosberg’s victory at Monaco this year was well-deserved. That it was won at lower formulae GP2 speeds in the interest of ‘preserving the tyres’ makes one wonder how Nigel Mansell and Aryton Senna would have judged the race. One also has to wonder – given the shake-up the new-for-2014 turbocharged V6 engines will bring – whether F1 really needed another factor to upset the apple cart next year. 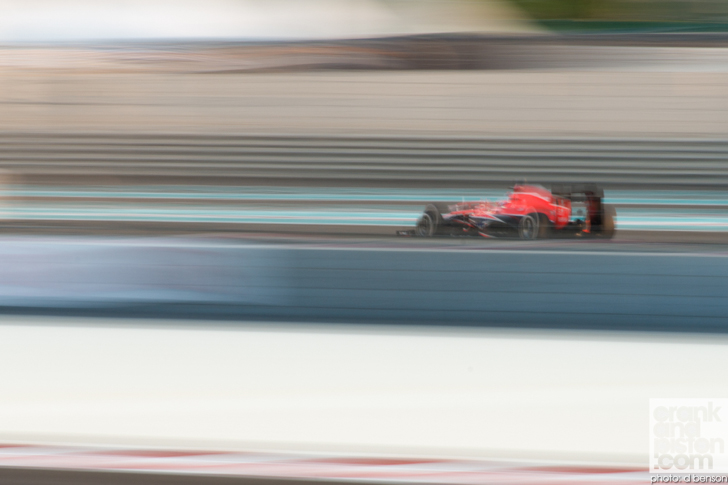 Perhaps my cynicism is misplaced, however. Perhaps double points at the final race of the 2014 F1 season will leave teams hungrier than ever to fight for every corner at every race, on newer, stronger Pirelli compounds, and with new turbocharged V6 engines that give drivers the confidence to dive for position regardless of KERS/DRS. Perhaps the 2014 season will go down as one of the most exciting nail biters of recent years.

Or, a runaway champion will have the opportunity to rubberstamp a dominant year in style by scoring double points, much to the chagrin of the governing body and the viewers at home. I doubt we’ll see eight different winners from the opening nine races either.

Previous ArticleIs this the new Lexus IS F?
Next Article Grass Kart Racing. Speed on a budget