Is a Dinan-equipped BMW E92 M3, modified by Munich Motor Works, even better than the real thing? crankandpiston.com investigates.

Car modifying culture has existed since Karl Benz drove the first patented petrol-powered automobile out off his workshop and crashed it in to a wall during a public demonstration in 1885. The Benz Patent Motorwagen needed a bit of further modification – mainly regarding handling – until, in 1888, it became the first commercially available automobile in history. And then other folk started modifying it.

Despite this long association, car modifying is still regarded by many enthusiasts and purists as a folly. The argument against modifying is simple and has validity: You shouldn’t go tampering with a product which manufacturers have spent billions of dollars developing and perfecting.

‘Taking a perfectly good car and ruining it while voiding your warranty’ is a typical accusation leveled by the purists. In truth though, this is an outdated thought process. Aftermarket modifying is big business and many manufactures now have parts available from in-house tuning divisions that will improve aspects of the original car while still retaining factory warranty. 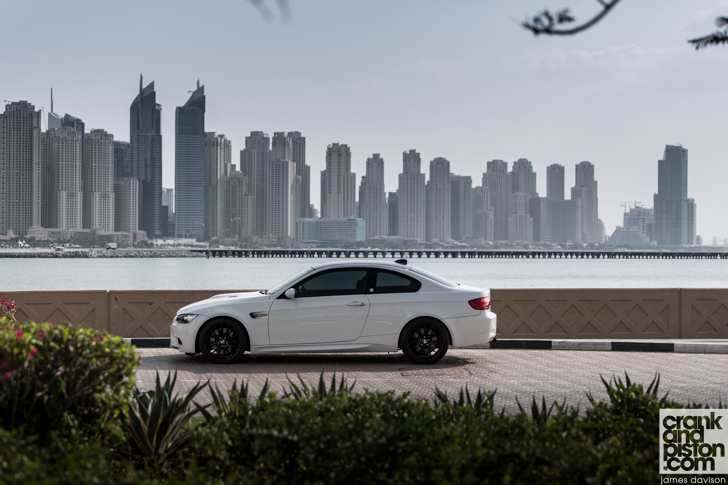 Furthermore, many independent aftermarket performance specialists have been embraced by manufacturers. One such company is Dinan Cars – founded in 1979 – which is established as North America’s premiere BMW tuner, marketing itself through a network of authorized BMW dealers and independent auto repair shops.

While Dinan meet with Bavarian approval, the question of modifying still remains: Can a Dinan-modified BMW be an improvement over the original factory car? Only one way to find that out. I was as surprised as anyone to get my dirty mitts on this Dinan-tuned E92 M3 for a day but I made a promise not to abuse it. Much.

There really is little arguing with the E92 BMW M3 in standard trim. Comfortable as a daily driver and yet capable of destroying most things on both road and track, the E92 will sadly be the last ever M3 coupé produced. It is the quintessential Teutonic muscle car producing 414bhp from its naturally aspirated four-litre (S65) V8. The upcoming M4 might produce more power – from its three-litre, twin-turbo inline-six – but Bavarian, naturally aspirated V8 braun peaked with the E92 M3. 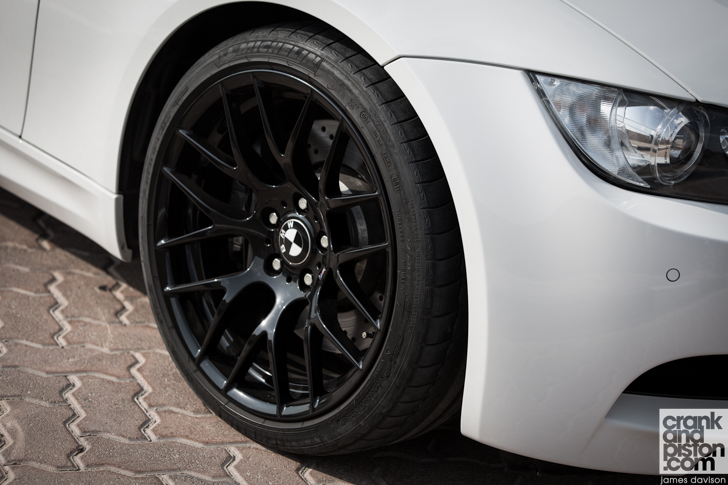 There are very little aesthetic signs of aftermarket tampering on this Dinan E92. The obvious additions are the superb Competition Package forged wheels which, in black, add even more aggression to the already ‘3-Series on steroids’ look that the E92 M3 left the Ragensburg factory with. Colour-coding is a nice touch on the wheel centres, badges and details which also continues on the interior but, apart from that, we’re looking pretty much OEM stock. Well, apart from those four black Dinan embossed pipes poking out the rear end…

Kick-start the V8 into life and those free-flow rear mufflers combined with Dinan high-flow carbon fibre intake lets you – and everyone else – know what’s what. The engine note is louder, crisper and much more aggressive than a standard M3. Sounding more like a race-tuned engine than a lazy big American V8 glugging at idle, it has also lost that tinny rasp which afflicted M3s from the factory.

All work on this car has been carried out by Munich Motor Works in Dubai, an authorised Dinan tuning and performance dealer in the United Arab Emirates. What they have done is emphasize the natural attributes of the E92 M3 without ruining the original character of the car. Right from the get-go, it’s a familiar M3 experience but everything is sharper, more immediate and much more responsive. This is initially surprising as the approximate power output they have quoted is 450bhp and, trust me, it feels like a lot more. A whole lot more. 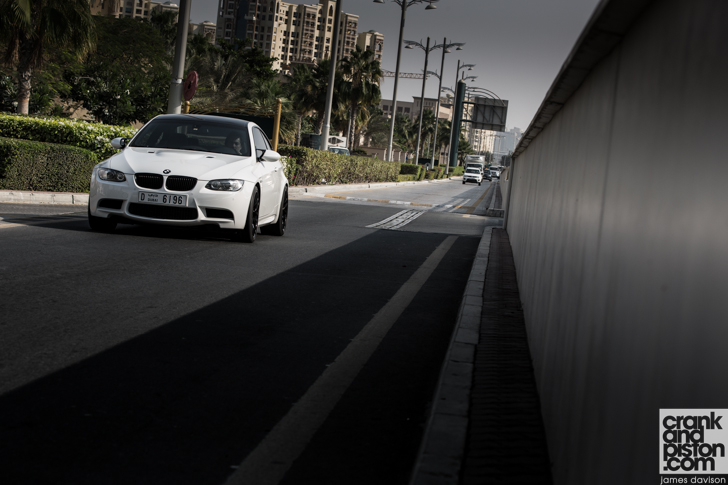 How Munich Motor Works have achieved this is through a clever mix of mechanical and electrical witchcraft beginning with a Dinan Stage 2 engine performance tune. Yup, that includes throttle remapping for improved responsiveness. A lightweight, billet aluminium, crankshaft underdrive pulley kit has also been installed which, initially, had me scratching my head. How much performance gain could you actually achieve by reducing parasitic drag on a crankshaft pulley? As it turns out, quite a lot. Considering this Dinan M3 has only 36bhp more than stock, it is surprising that almost a third of that comes from a simple pulley.

An extremely trick Dinan limited slip differential has also been installed with a reduced ratio of 3.62. It is obvious why BMW wouldn’t install a LSD like this on the factory car as, sitting at higher revs at lower speeds, fuel economy would take a hit. The difference in responsiveness is massive though and low end acceleration is phenomenal. It also increases the standard torque ratio by almost 15% which, combined with the other work, totals a torque tally in this Dinan M3 of 370lb/ft. A standard E92 ‘only’ has a lowly 295lb/ft. Damn this thing is quick and extremely fun with the traction control disengaged. Well, it was always flashing its disapproval at me so I turned it off.

With great power comes great Dinan stability control but you would be hard pushed to sense it during normal comfort cruising. Lean in to a corner while carrying a bit of poke, however, and the carbon fibre strut braces hold the chassis much more rigidly than a factory car. It isn’t race car rigid and this is still a drivable road car, but the lack of body roll builds confidence in off-ramp hero moments and about the only chance I have of challenging it in the twisties. Unfortunately, my time in the Dinan E92 M3 is all too short.

The Dinan E92 is the perfect example of how a modified car can be an improvement – while still keeping the original character – of a factory car. It would be difficult for a manufacturer, such as BMW, to produce such a focused car. Fuel consumption figures would be an issue, as would the cost involved in the performance parts which would then be passed on to the customer. And lets not forget, not everyone wants a more focused and raw M3. For those that do though, at least there are companies like Dinan.

Thanks to – Munich Motor Works 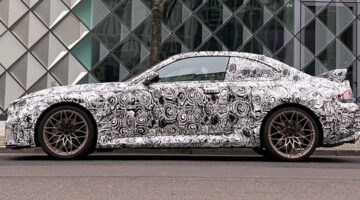