As well as traversing the dunes and rocketing across hazardous terrain without coming a cropper and lamping their suspension, competitors hungry for victory on the 2013 Dakar Rally also had to keep pace with reigning Dakar Champion Stephane Peterhansel. 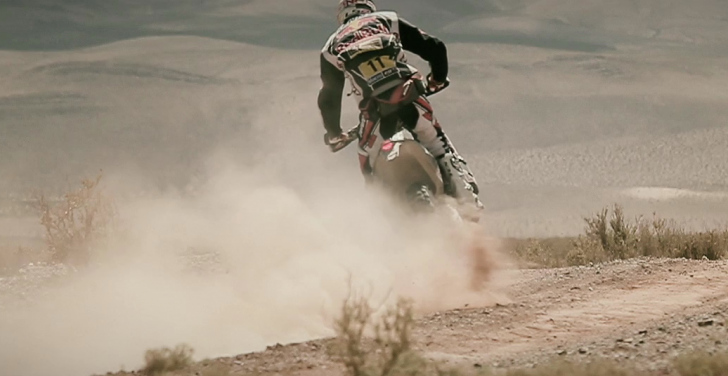 NASCAR regular Robby Gordon lost six hours to mechanical woes in the privately run Hummer. Two-time World Rally Champion Carlos Sainz, despite several stage wins in the Red Bull-sponsored buggy, would fall to engine problems, whilst teammate – and local boy – Nasser Al-Attiyah would also be struck down in similar fashion just three days later. The event even suffered tragedy when French rider Thomas Bourgin was killed in a traffic collision on his way to the start of stage seven.

A lot of emotions then on the 2013 Dakar run, with Marlos Patronelli securing his second win in the Quad category with his Yamaha, and KTM rider Cyril Despres netting his fifth. Few could take the accolades from Stephane Peterhansel though, who recorded his twelfth Dakar win to leapfrog WRC legend Ari Vatanen as the only man to win five Dakar Rallies in a car.

Several places in motorsport infamy have been set, as Perra Films show with their latest work.

And, y’know, tourism in Argentina was given a shot in the arm too.