Get your hands on a seriously classy photo-book, masquerading as a way of remembering what day it is.

Get your minds out of the gutter, filthy people. Once upon a time, the Pirelli Calendar was viewed as a fairly transparent excuse to look at ladies without many clothes on. It was the kind of thing highly unlikely to pass muster in the Middle East. But these days, the Pirelli Calendar is art. It still features pretty ladies, but they’re dressed now. And there’s other stuff too. It’s basically a very expensive art book featuring photography from some of the world’s greatest snappers. It’ll look great on your coffee table.

However, we’ve got two copies of the 2013 Pirelli Calendar to give away. It features incredible images shot in Rio de Janeiro, Brazil by Steve McCurry of the landscape and local culture as well as models Petra Nemcova, Adriana Lima, Isabeli Fontana and more.

These things are rare – they’re only sent out to VIPs, such as us. We only found one on eBay, and the seller wanted $300 for it. They’re also pretty big, so winners will have to be able to pick it up from our offices in Dubai Media City, UAE.

To win, answer the following absurdly easy question and leave the answer in the comments section below. We’ll pick a winner at random from the correct answer on September 20.

In which Brazilian city was the 2013 Pirelli Calendar shot? 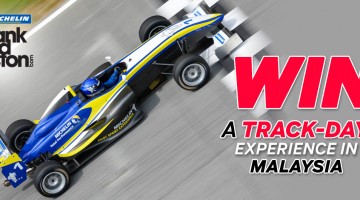 COMPETITION. WIN a track-day in Malaysia with Michelin