Bugatti Veyron: review, history and specs of an icon

The Chiron might have taken its place, but Bugatti’s first no-expenses-spared hypercar has firmly cemented its place in automotive history as one of the greats 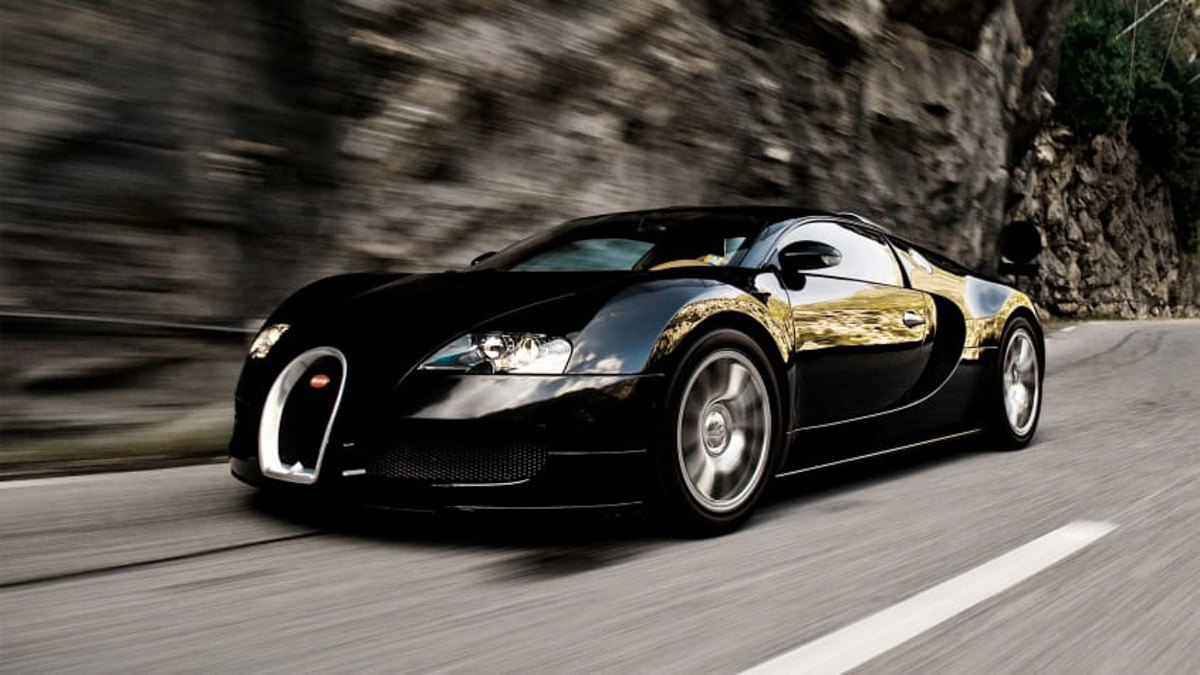 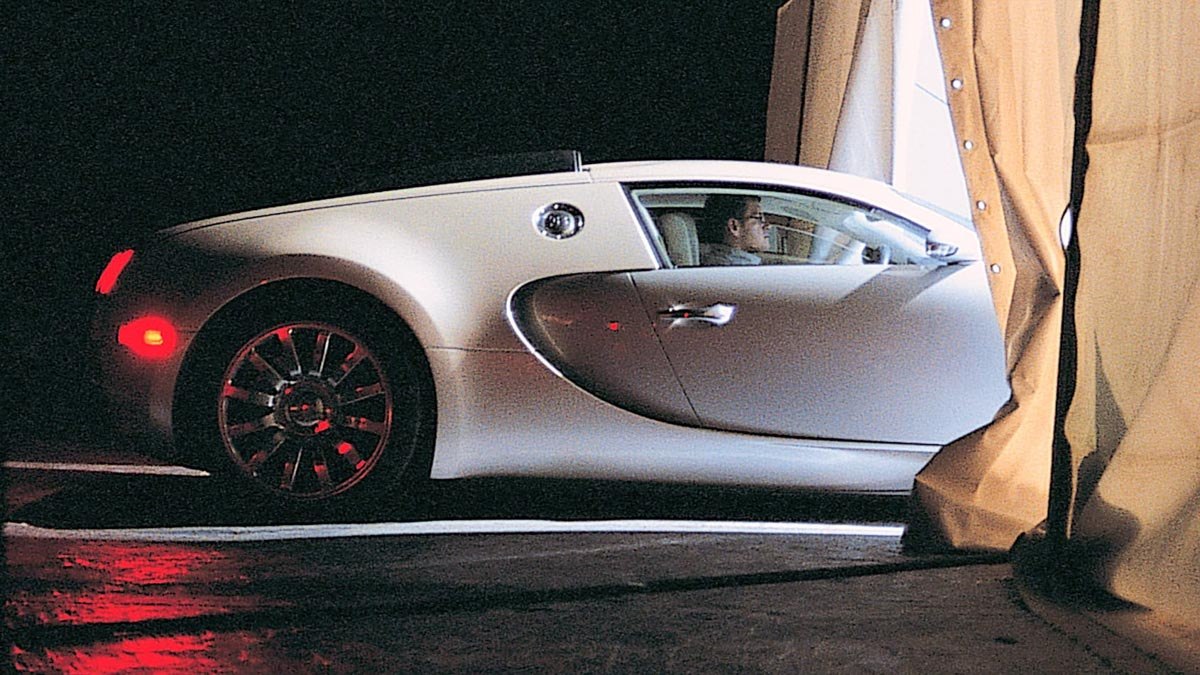 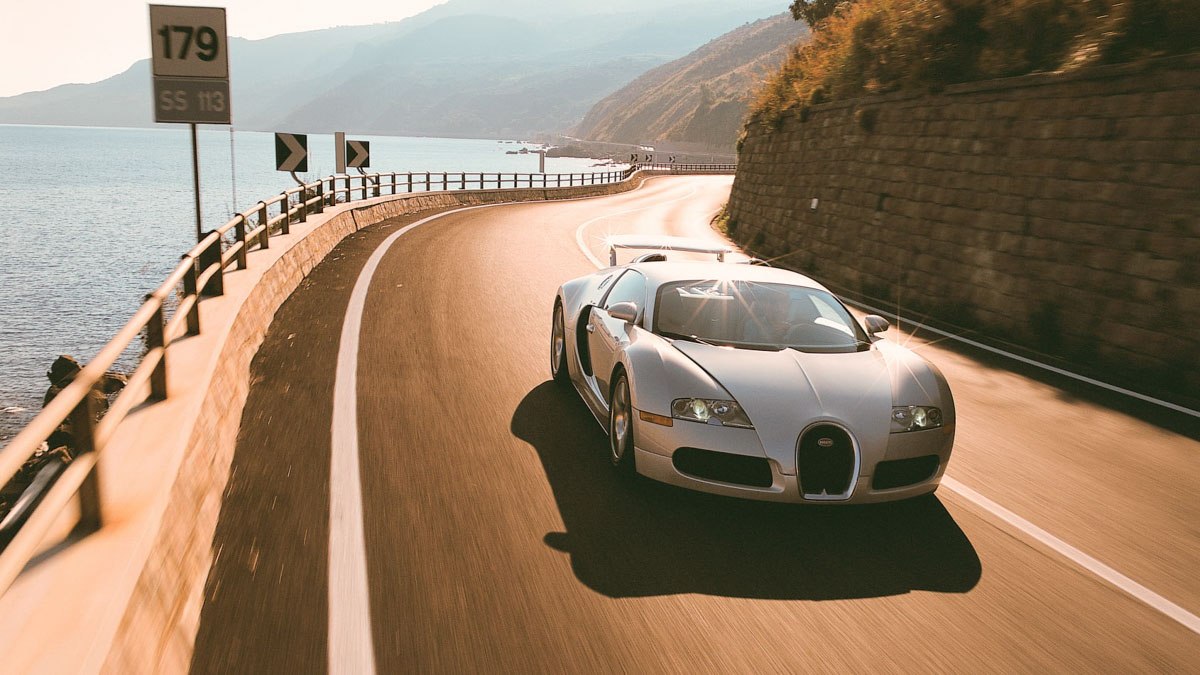 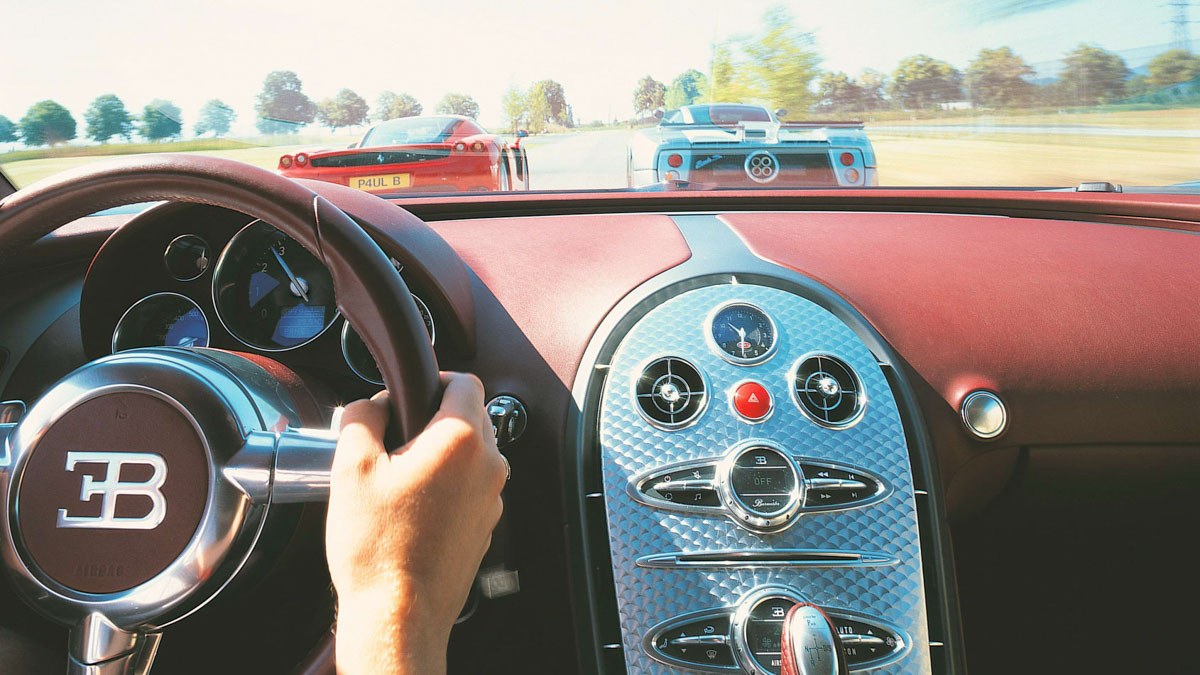 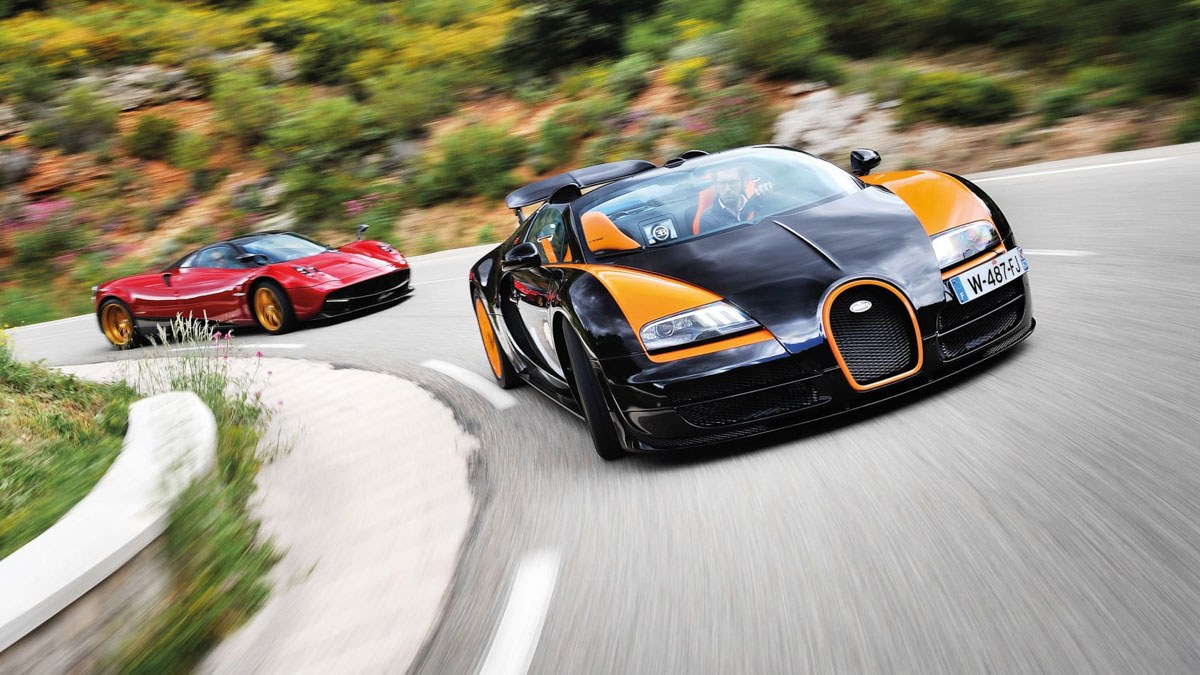 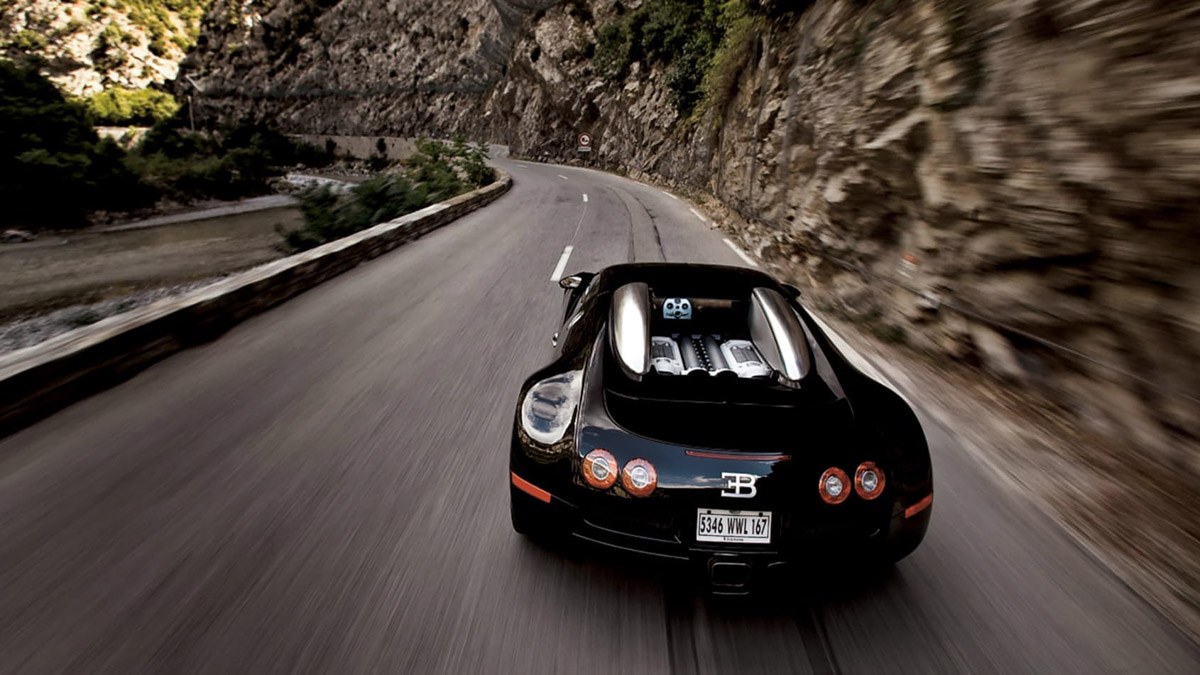 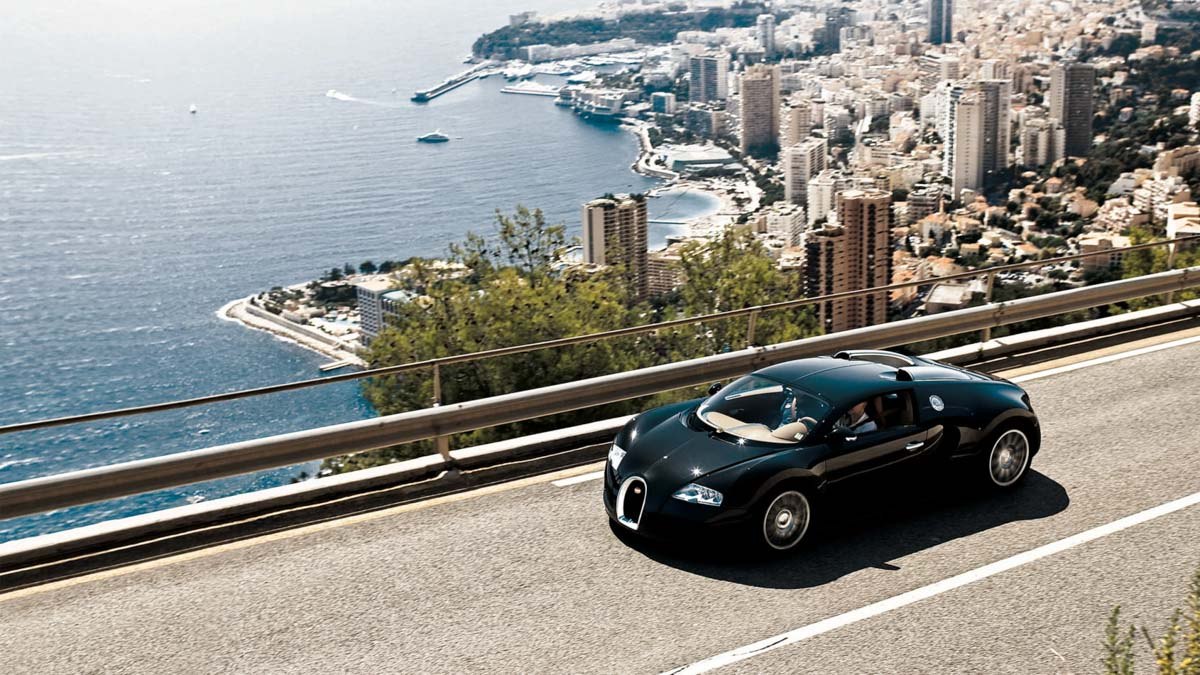 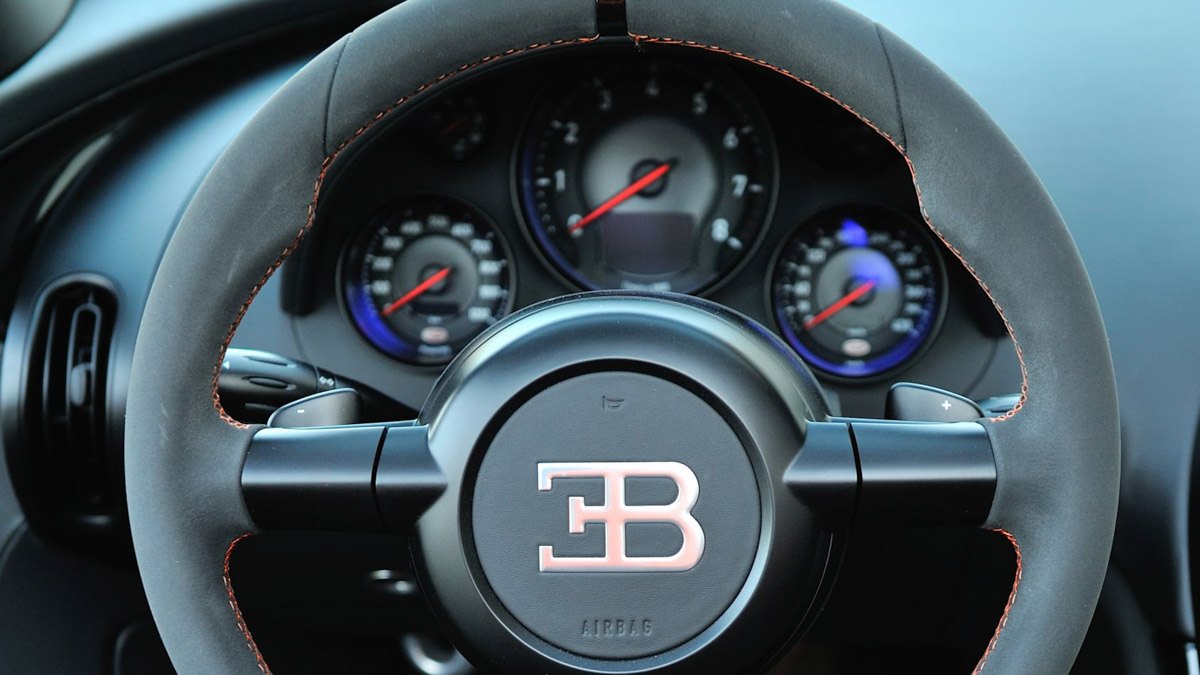 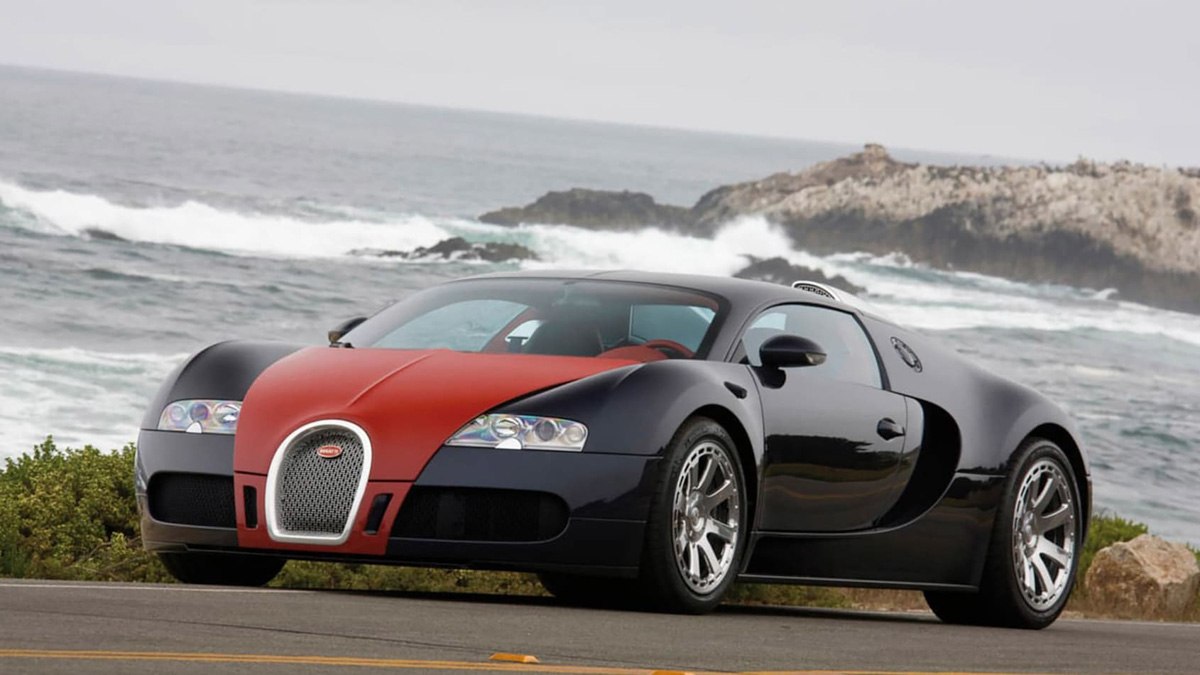 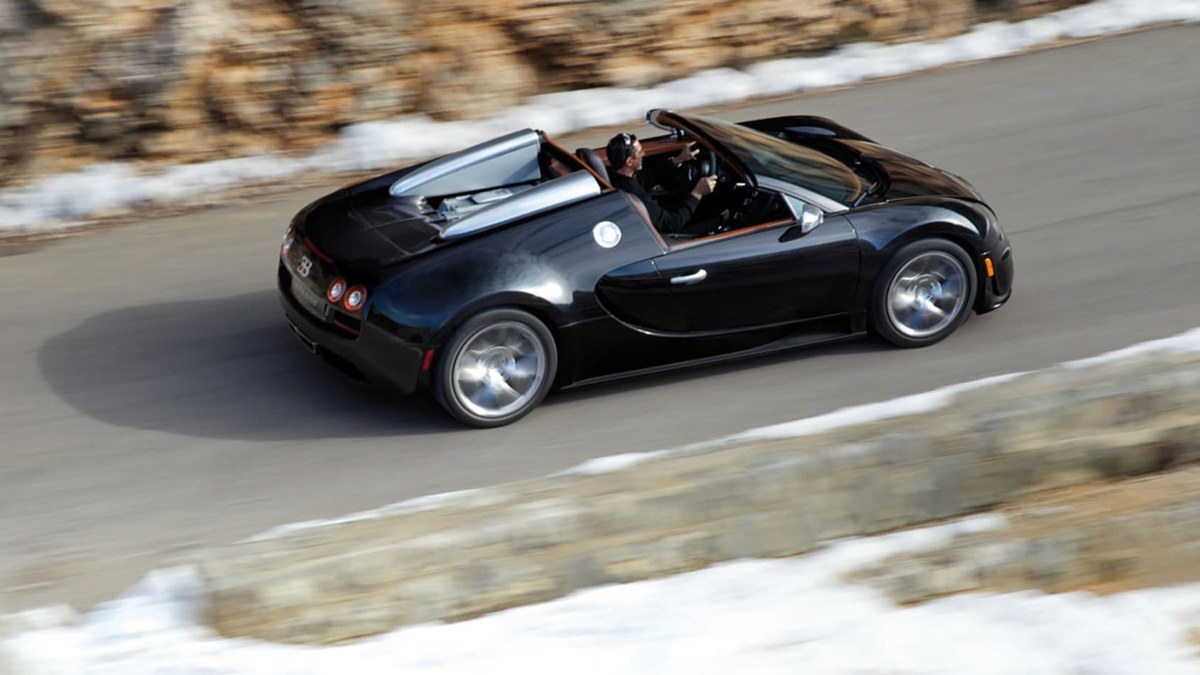 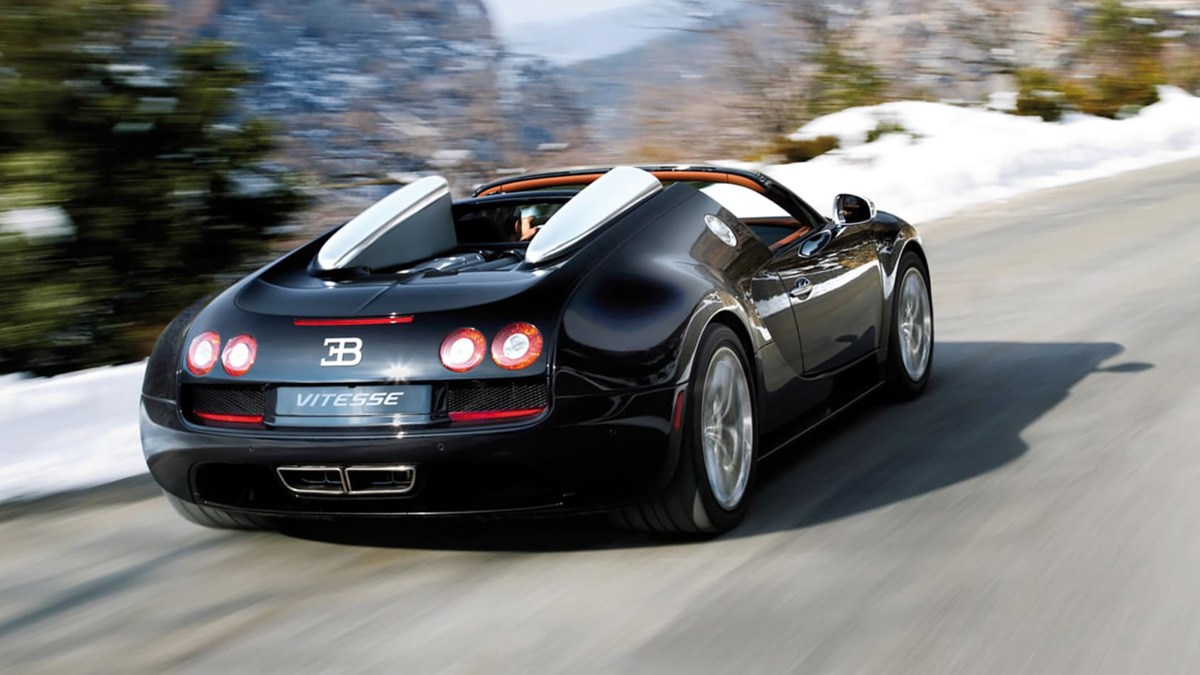 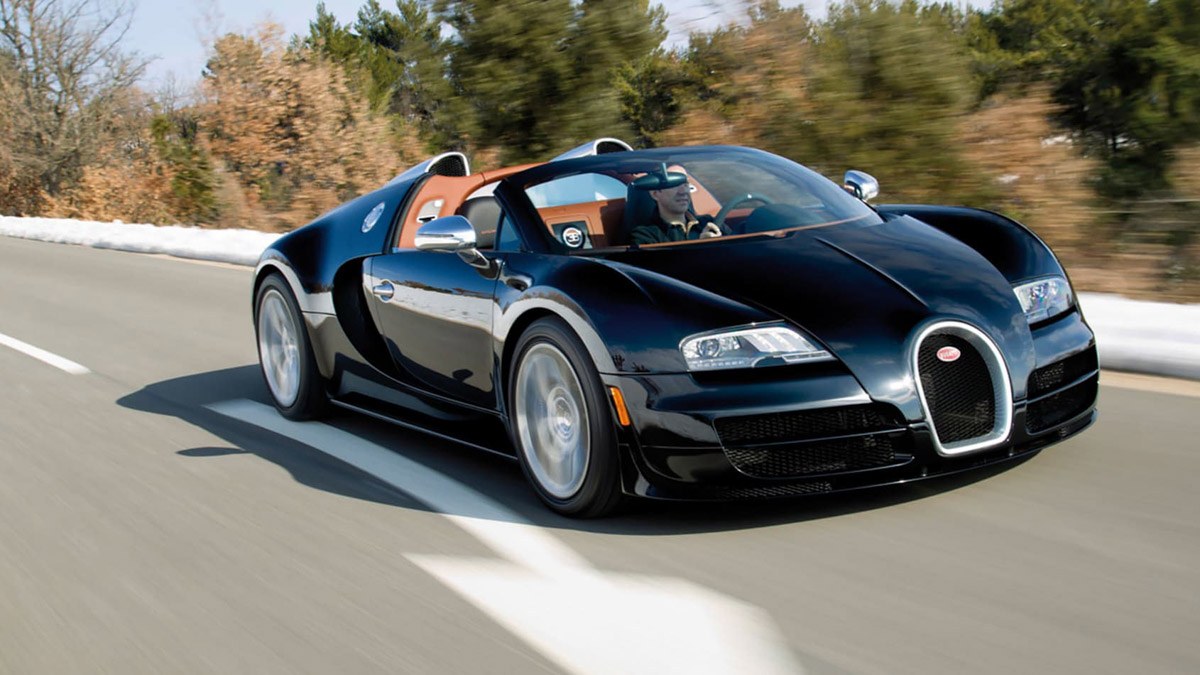 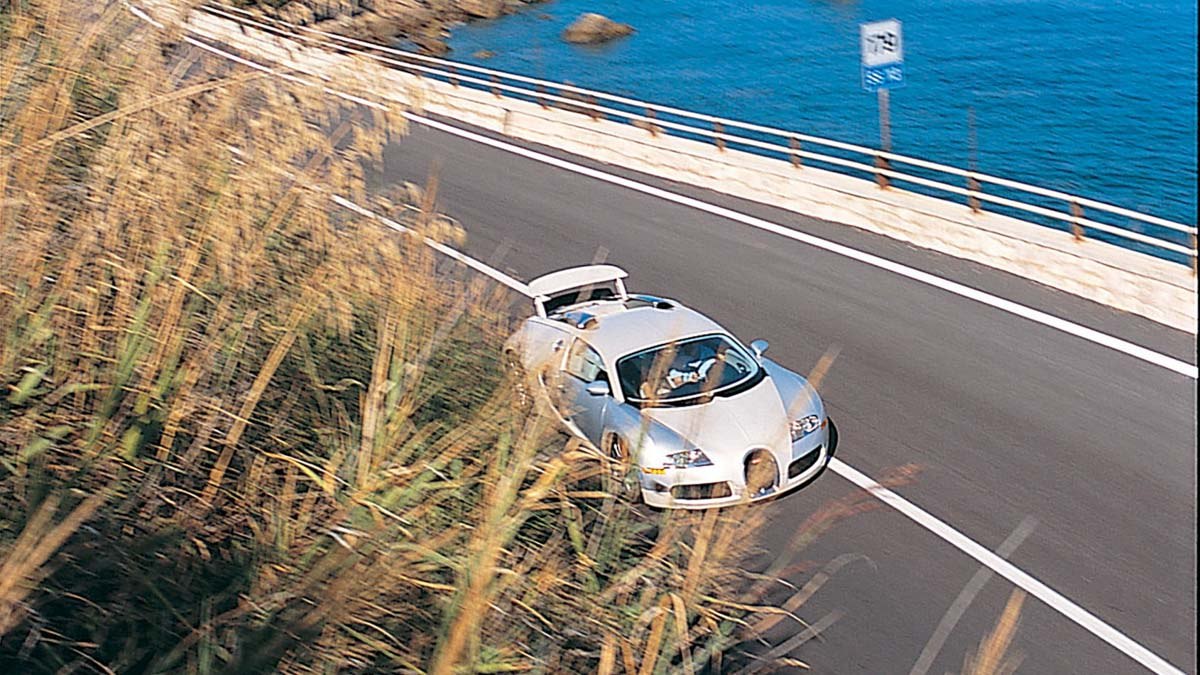 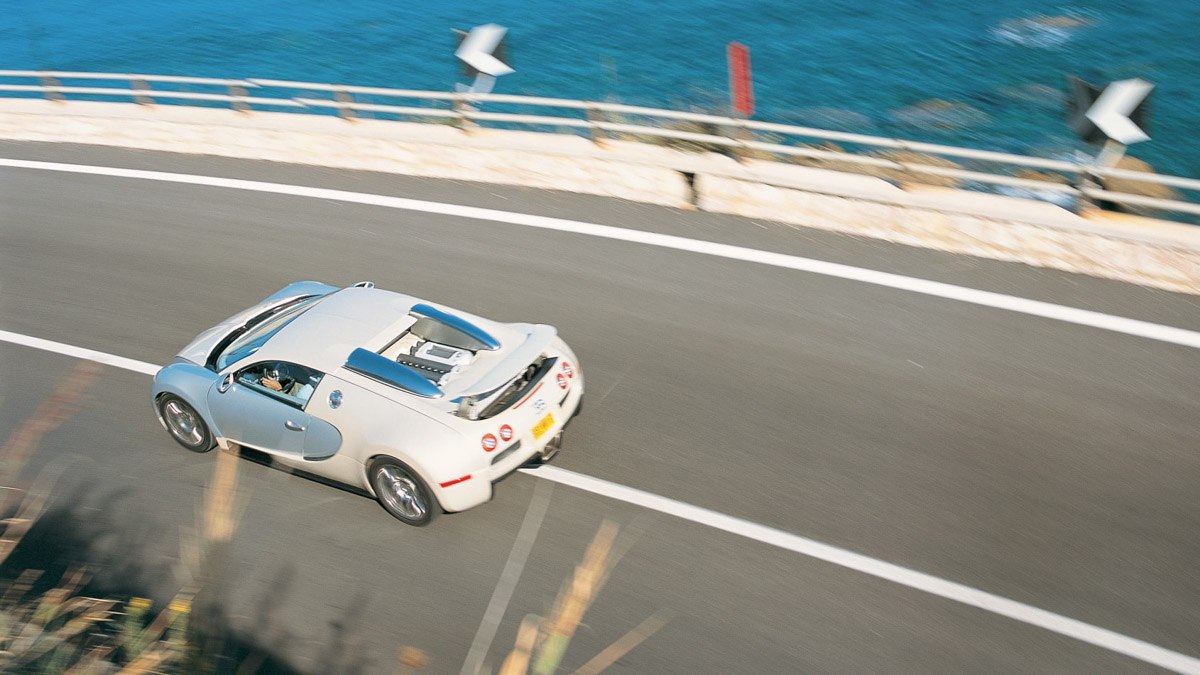 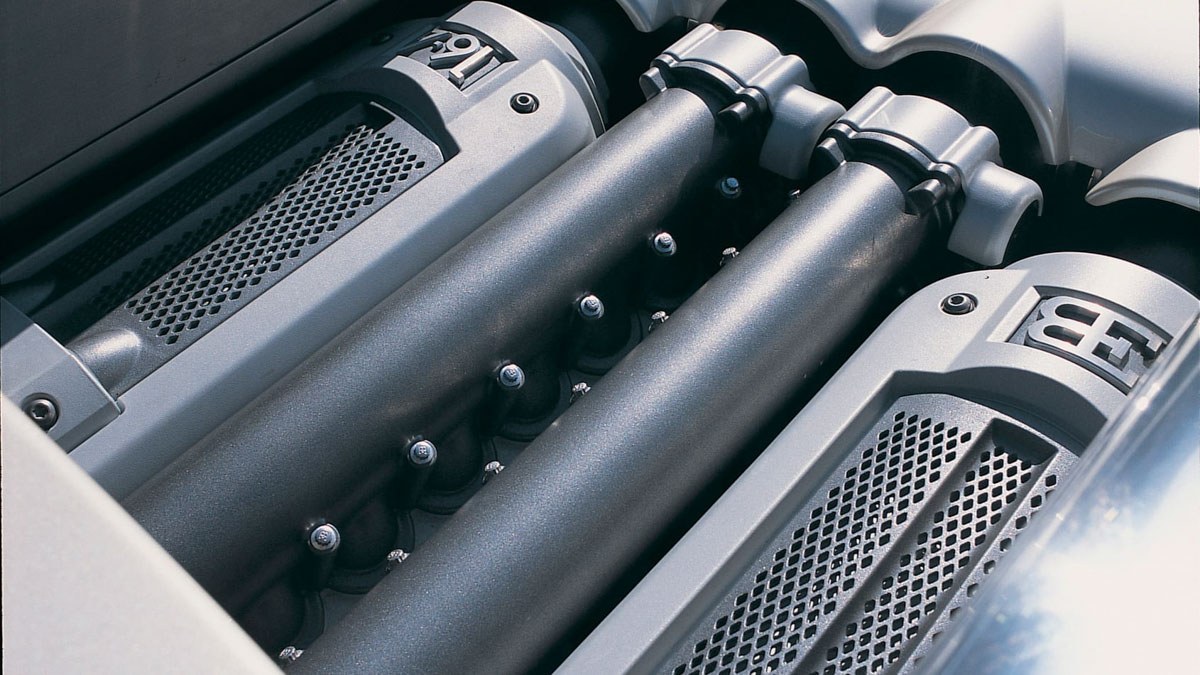 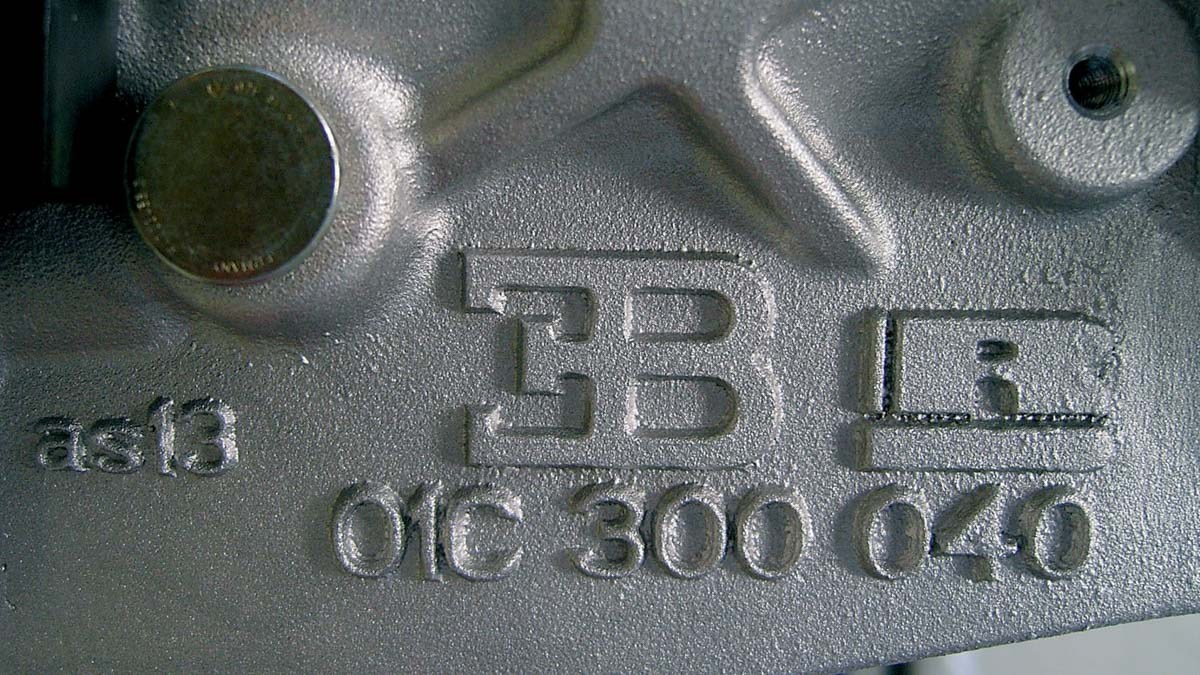 First displayed in concept form at the 1999 Tokyo Motor Show, the Veyron came to fruition as somewhat of a technical exercise for Volkswagen AG, showcasing its capabilities through the production of one of the world’s most capable road-going machines.

Volkswagen’s acquisition of the Bugatti name in 1998 sparked the creation of multiple outlandish concepts, the two-door EB 118, four-door EB 218 and the more recognisable 18/3 Chiron, all with a proposed 6.3-litre, 545bhp W18. The latter was the world’s first glimpse at the Veyron, with it later becoming the 16/4 Veyron concept before morphing into the production car we see today.

Bugatti has only been around for a couple of decades in its current form, founded in 1998 following the Volkswagen Group acquisition. The marque’s history goes much further than this, though, with the badge first making an appearance 111 years ago in 1909, when it was founded by none other than Jean and Ettore Bugatti.

The brand showed initial promise, producing machines for both the road and track more capable than most cars of the time – the first ever Monaco Grand Prix, held in 1929, was won by William Grover-Williams in a Bugatti Type 35B, and the brand even held two Le Mans wins to its name.

This era was relatively short-lived, coming to an end in 1952 following financial struggles, a consequence of the death of company founders Ettore and Jean Bugatti.

A period of attempted revivals and aircraft part production ensued, up until 1987 when it was acquired by Italian entrepreneur Romano Artioli. The brand’s famous Modena factory was opened in 1990, just ahead of the start of EB110 GT production. Despite a reasonable amount of success with the supercar, poor finances once again led to the cease of operations in 1995, ahead of the beginning of its time under the Volkswagen name just a few years later.

Bugatti confirmed production for its W16-powered hypercar in 2001, around six years after the production line for the EB110 was brought to a close. The first customer car rolled off the brand’s Molsheim production line four years later in 2005, with a total of 450 examples produced between then and the end of production a decade later in 2015.

Though early concepts boasted a three-bank W18, an 8.0-litre, quad-turbocharged W16 is what you’ll find under the skin of the production Veyron, featuring four banks of four cylinders for an output just shy of 1000bhp, 922lb ft of torque and consequential performance figures that many have struggled to match even 15 years on.

408.46kph was the top speed recorded at Volkswagen Group’s Ehra-Lessien test facility in 2005, a figure the standard Veyron 16.4 could achieve simply through the use of the model’s ‘speed key’, lifting the standard 342kph limiter. Helping keep the powertrain within safe temperature limits, Bugatti’s boffins employed 10 radiators alongside a host of other cooling componentry.

Sending power to the ground is a Ricardo of England seven-speed dual-clutch automatic transmission, capable of shifting in just 150 milliseconds, faster than the 160 milliseconds of the track-only Ferrari FXX Evo of the same period. Harry Metcalfe said: ‘The seven gears slip home with no hint of lost momentum, yet without suffering from that slightly disconnected feel you get with a manually operated auto box (or even an automated manual for that matter).’

Of course, a mere 407kph wasn’t quite enough, and so the Super Sport was launched in 2010 with new, larger turbochargers, freer-flowing inlet manifolds, a remapped ECU and bigger charge-coolers. The result was an increase of almost 200bhp over the ‘regular’ car, bringing the total to 1183bhp – engineers said the unit was capable of more still, but that the gearbox wasn’t up to the task.

When Chris Harris drove it for evo, he described it thus. ‘There’s quite a lot of turbo lag in the Super Sport: you push the throttle pedal down and it takes a second for the turbos to spool up. This is never a problem, because even while they’re doing it, the car still feels as fast as a 911 Turbo…’

‘Tellingly, when there are two people in an SS they talk liberally because the thing is so damn refined, but when the taps open, there is silence. You can’t talk because your brain is trying to work out if you were propelled at the horizon, or if the horizon was just dragged onto your face. It’s uncanny, ludicrous and, I think, completely addictive.’

As you might imagine, with such power comes the requirement for an equally powerful braking system, and so the Veyron is fitted with 400mm front, 380mm rear carbon ceramic discs, paired with eight-pot front, six-pot rear AP Racing calipers. Aiding the traditional braking system is an air brake, capable of switching from 15 degrees, to 55 degrees of attack in under 0.4sec.

The Veyron’s front and rear double-wishbone suspension system comes complete with a fast-acting hydraulic system, allowing the machine to alter ride height based on conditions, for better stability, efficiency and practicality.

The tyres are quite an impressive feat, too, made specifically for the Veyron by Michelin to handle the unfathomable forces encountered during a 400kph+ run. Aiding stability and traction are widths of 365mm rear and 265mm front, with each tyre wrapped around a set of polished OZ wheels.

Despite what the numbers might lead you to believe, the Veyron’s cabin is more akin to a Bentley’s than a car designed for outright top speed. Exquisite leather upholstery (complemented by a healthy dose of carbon fibre, of course), a comfortable door aperture and even a rear-view mirror-mounted reversing camera display all make it a surprisingly liveable machine.

An example as to just how far Bugatti took the ‘no-expenses-spared’ approach, would be the indicator stalks, famously costing as much as some small hatchbacks, machined from a single piece of aluminium/magnesium alloy – even the gear shift paddles are made from magnesium. The centre console is also derived from a single piece of aluminium, featuring guilloché finishing, a reference to the technique used on exposed surfaces of Bugatti’s early engines.

Porsche’s Carrera GT and the Pagani Zonda F were perhaps the Veyron’s closest rivals, but in reality, it’s difficult to compare the Bugatti to anything of its time. All-wheel-drive, turbochargers and substantial weight set it apart from the lightweight, naturally-aspirated duo, but the Veyron’s straight line performance and outright refinement simply couldn’t be matched.

Harry Metcalfe got behind the wheel of the 16.4 in evo. Here’s what he had to say: ‘Far from being a huge challenge to drive, the 1000bhp Bugatti is so far proving to be a very friendly device. The ride is firm but cosseting, and the steering is outstanding. Considering the size of the front tyres, the weighting at the steering wheel is extraordinarily good, and there’s a constant chatter of information coming via the leather-rimmed wheel. Turning either side of dead centre simply requires a linear increase in effort, gently building as lock increases. It’s easily the best steering I’ve encountered on any car from the VW Group, and it reinforces the reassuring feeling of connectedness.’

‘…it’s no Elise (or F1). But while the weight works against it on these roads, that’s not to say it feels unwieldy or difficult. In fact it handles amazingly well, and having 1000bhp to play with on these roads is an absolute blast.’

The Bugatti Veyron has been with us for almost 15 years now, and in that time there’s been an unseemly amount of special editions to help shift the steeply-priced supercar. It seems for $1.3million-plus, buyers crave uniqueness, opening the doors to a selection of questionably painted and garishly upholstered specials. Below are the most notable of them all.

The original Veyron became the world’s fastest production car after it achieved a top speed of 407kph. The car features an 8.0-litre, quad-turbo W16 which produces 987bhp and 922lb ft of torque. Development for the car started way back in 2001 and each car has reportedly cost Bugatti around $6.5million to produce, but being sold for less than $1.3million, each car was sold at a significant loss. 300 produced.

Introduced at the Paris motor show the Pur Sang (which translates as thoroughbred) was limited to a run of five cars and features high-gloss bronze wheels and a clear body finish to reveal the Veyron’s silver oxide and carbonfibre body.

Produced in association with the French style house (famed for its leather goods) the car features a Hermes monogram on the front grille, wheels with a single ‘H’ in the centre, and a fuel filler cap engraved with ‘Bugatti Veyron Fbg Par Hermes’.

Based on the ‘Pur Sang’, the ‘Sang Noir’ (black blood), features an all-black exterior finish paired with a bright orange interior. Just 15 examples were produced.

Unveiled at Pebble Beach Concours d’Elegance, this targa top version of the Veyron can hit the same 407kph top speed as the coupe with the removable hard-top roof fitted, but is limited to 368kph with the roof down. Chassis no.001 was sold at Auction, raising 900,000 US dollars for charity. 150 are set to be made.

The car was designed at the request of a UK client. It was finished in a unique matte pearlescent white with black front grille, exhaust and engine cover.

After numerous special editions based on the standard car, the Super Sport boasts an enhanced output of 1183bhp and 1106lb ft of torque. The car was designed to re-take the world speed record for a production car, after SSC’s Ultimate Aero had beaten the standard car’s top speed. The Super Sport hit a faintly ridiculous 431kph in the hands of Bugatti test driver Pierre Henri Raphanel. The launch version of the car included the ‘World Record Edition’, which was finished in bare carbon fibre with a bright orange contrast.

Before unexpectedly passing away, the Iranian born fashion designer collaborated to design this one-off Veyron. The car features a fairly questionable colour scheme, combining the unlikely hues yellow and chrome. One of the most garish special editions, and that is before you notice the handwritten-look ‘Bijan’ scrawled on the underside of the rear wing…

Introduced for customers who did not like the look of the ‘World Record Edition’. The car, as the name suggests, is finished entirely in black. A bright orange interior awaited the owners who paid a massive 3.4million dollars for it…

Another collaboration with a design company, this time with Konigliche Porzellan-Manufatur Berlin – a porcelain maker. The car is finished in a more psychedelic than elegant blue and white swirled pattern, while the wheel badges, fuel and oil filler caps and the signature ‘EB’ badge at the rear are all made of porcelain. As you do. 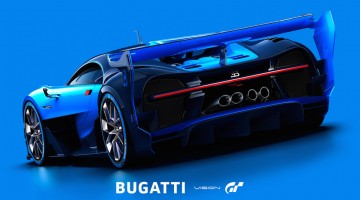 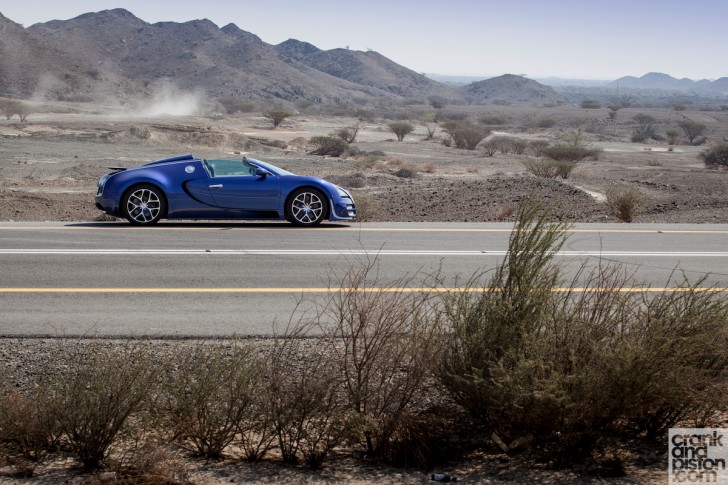 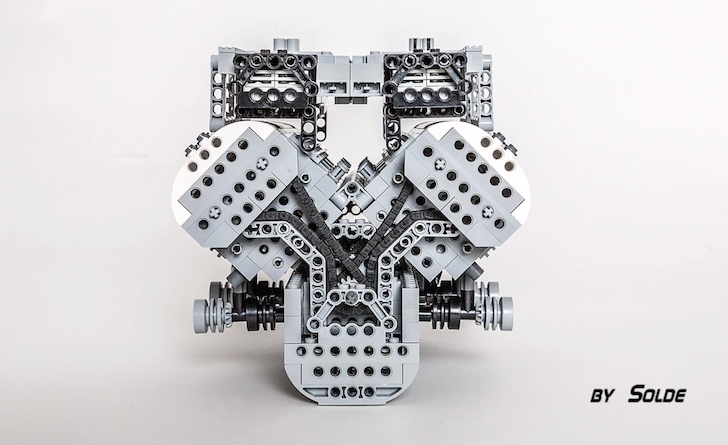