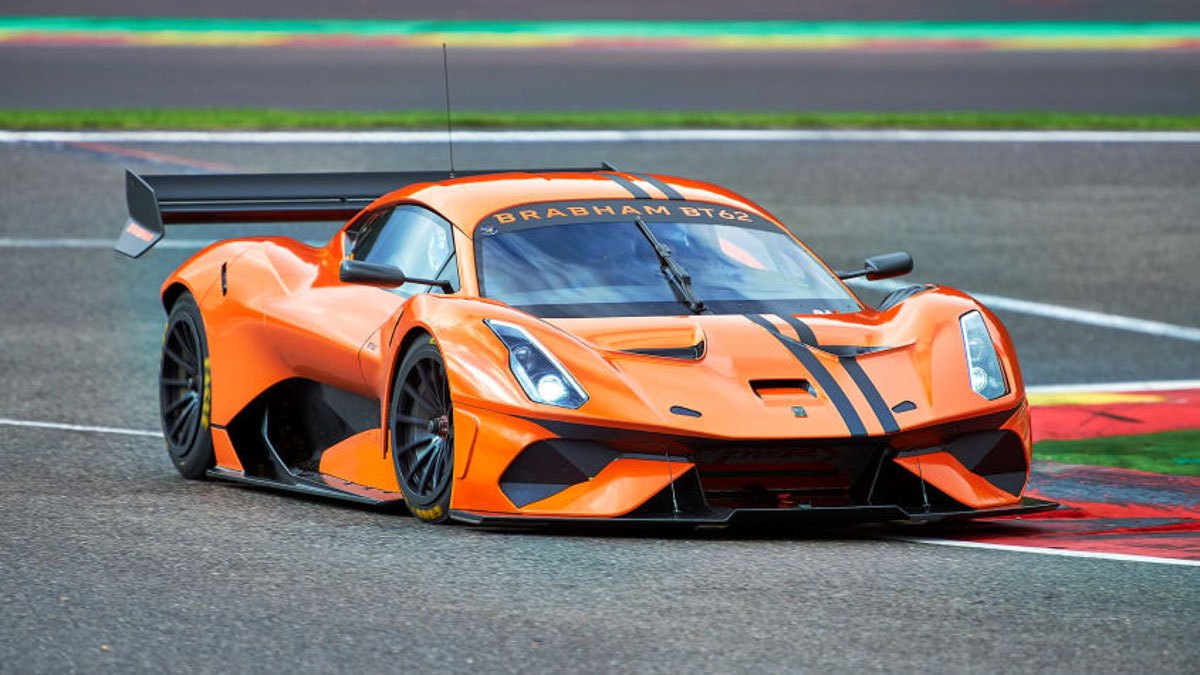 To celebrate its return to competitive racing in at the final round of the Britcar Championship in November Brabham has announced that its customers will now be able to opt for a Competition spec model alongside its Ultimate Track Car and Road Compliant versions. Production will still be strictly limited to 70 examples (irrespective of model) and customers will be offered the prospect of upgrading a Competition spec BT62 to Ultimate Track car or road configurations at a later date should they so wish.

The Competition spec machine is, as its name suggests, a pared back version of the track car and can be had in either left- or right-hand guises. It’s lighter than the other models thanks to its stripped back spec and can be ordered with either a ‘Celebration’ or ‘Signature’ livery, or a bespoke wrap rather than exterior paint. Inside there’s exposed carbon weave, no interior trim and just the one seat.

The Competition model utilises the same basic building blocks with which all BT62s are constructed with the structural component being the lightweight FIA compliant, carbon-chromoly safety cell with integrated roll cage. There’s no additional power from the BT62’s 5.4-litre V8, but the quad-cam unit delivers a claimed 700bhp at 7400rpm and 492lb ft at 6200rpm, delivered to the rear wheels via a Holinger six-speed sequential transmission. While Brabham hasn’t divulged how much weight has been dropped for the Competition model it should be less than the Ultimate Track Car which tips the scales at 972kg dry.

Stopping is taken care of by carbon discs and pads, gripped by six-piston calipers all round while the centre lock wheels, pneumatic jacking system, competition-ready gauge display and lightweight, removable, multi-function steering wheel all feature. There’s no additional aero for the Competition, but a claimed 1200kg of downforce should be enough to be getting on with. Motorsport derived ABS and traction control complete the package.

The Competition spec BT62 can be seen in the flesh at the Britcar ‘Into the Night’ season finale at Brands Hatch on 9/10 November where it will be driven by the Pro-Am pairing of David Brabham and Will Powell. The Brabham BT62’s performance has been balanced in collaboration with Britcar’s technical team to fit into the championship’s GTO class and will feature a power-reducing ECU mode and weight ballast that brings performance on par with GT3 machinery.

If the Competition spec BT62 sounds like it’s for you then you best get saving with prices starting at $970,000 (excluding applicable taxes) for the car, with additional funds required for an Initial Spares Package. 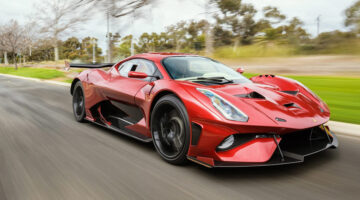 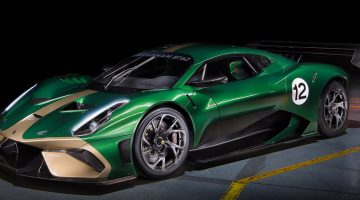