No one likes going to the office. There, I’ve said it. I’m on my fourth cup of coffee and the week has barely started… If I had Andy Green’s Bloodhound SSC seat though. I wouldn’t be complaining.

There are exceptions to every rule, and the same applies here. You see, when your office moves at a 1000 mph, you’d have to make a VERY compelling case not to go to work. Enter Wing Commander Andy Green. An RAF pilot by profession, he is better known for his extra-curricular activities. Like attempting to break the land speed record.

Everyone is fascinated by land speed records, especially due to the numerous attempts – sometimes successful – to push the boundaries of speeds that can be attained with all four wheels on the ground.

Green set the last record at Black Rock, Nevada in 1997 with the Thrust SSC, under the direction of Richard Noble, the previous record holder. Green managed to reach speeds of 763 mph, creating a new and yet unbeaten land speed record.

Thus, it is only fitting that Green should try to break his own record. With the attempt scheduled for late summer 2015, Green has just been shown his new ‘office’, the Bloodhound SSC. Rolex instrumentation, multiple computer systems and numerous fail-safes are part of the cockpit, which has been made, or molded rather, to Green’s exact dimensions.

So sit back and let Andy Green show you around his office, while I try and work out how to fit a jet engine to my swivel chair. 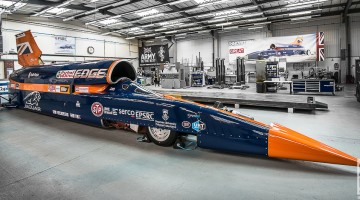 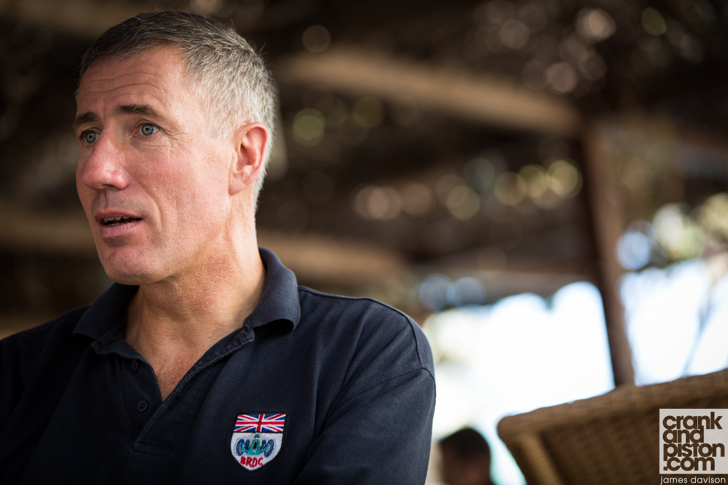