Our deputy editor takes a spin in ‘the most potent and fastest-accelerating series production roadster’ from Aston Martin yet. And can’t quite get his head around it…

On the one hand, it’s an Aston Martin. It’s British and therefore characterful, it’s beyond gorgeous, and it’s the last of a dying breed: you can count the number of contemporary V12-powered maniacs on the road on one hand. Of course on the other hand come a few Aston-typical foibles. THAT stupid seven-speed automatic gearbox for instance may be derived from the brand’s motor racing arm, but unless you enjoy being hurled with great momentum – forehead first – towards the windscreen after every gear change, it’s not something you can live with on a daily basis. Ditto the very plasticky windscreen wiper and indicator stalks and an air conditioning system that battles Middle Eastern temperatures at the height of summer as effectively as a broken fan.

And on another hand still, we have the proverbial large grey mammal in the room: the fact that this is ‘the most potent, fastest and fastest-accelerating series production roadster’ from Aston to date.

And I’m having trouble seeing the significance. 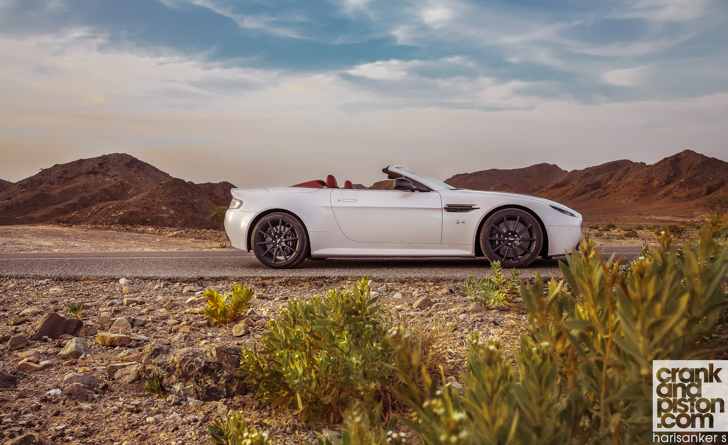 Let me explain. The V12 cabriolet shares the same lightweight chassis, carbon ceramic brakes, and three-stage adaptive damping among other very clever add-ons as its hardtop contemporary, Aston Martin Racing-inspired infusions like the transmission and CNC machined combustion chambers in that V12 unit giving the Vantage a more hardcore edge. It was thus designed to handle as sportily as possible and effectively offers chequebook-burnishing customers a race car for the road, albeit with plusher carpets and a mightily impressive Bang & Olufsen sound system. So why, given that convertibles tend to be woolier than their hard-top counterparts owing to greater weight and reduced rigidity, would said customers opt for the new Roadster over the Coupe, particularly when the former is $15K more expensive?

When we consider day-to-day running, this point may seem immaterial. It’s unlikely for example – the occasional track day aside – that you’ll take your brand new $245K V12 Vantage S Roadster to the screaming limit when you’re commuting to the office and back. So does 80kg extra (1745kg vs the Coupe’s 1665kg), a 0-100kph time 0.4 seconds slower than the S, and less rigidity really make that much of a difference to, let’s face it, a pretty spectacular machine? 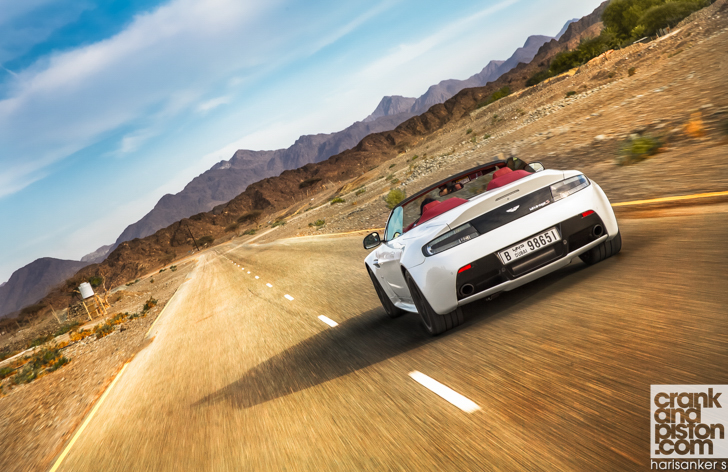 It’s a fair point. Slip the seven-speed Sportshift (III) into first, plant the right foot, and speed is immediate, torque now available much lower down than its predecessor. There isn’t the face-pealing drama or violence you might expect from a V12 – acceleration is remarkably composed despite 565bhp and 457lb ft of torque being sent to the rear wheels – but the sensation of speed is no less impressive. Zero to the ton is taken care of in 4.1 seconds, every iota of which will be felt through the über stiffened suspension and the guttural roar from twelve cylinders simultaneously puncturing your eardrums. It certainly doesn’t lack fireworks, even if the jerkiness of upshifts is still difficult to ignore.

Four additional cylinders though haven’t dampened the already magnificent handling. Ride quality isn’t the most comfortable (the ‘race car DNA’ showing its form again) but again, there’s no criticising the composure. Some may argue that a 911 Cabriolet offers more direct response than the Aston but that’s a pub argument for another day. Steering is direct from lock-to-lock and offers superb amounts of feedback from the road surface, through both the seat of the corduroy and the wheel. Similarly the balance, as you’d expect, is very impressive, a low centre of gravity and good grip from the tyres vanquishing body roll to the furthest echelons of your imagination. All that V12 weight over the front axle does produce a little more understeer than expected, but not enough to take my attention away from the brakes: there’s little travel and as such little flexibility between off and on, so a little more finesse wouldn’t go amiss.  And besides, the V12 soundtrack, which grows angrier and more deafening as the revs rise, means all is forgiven quickly. 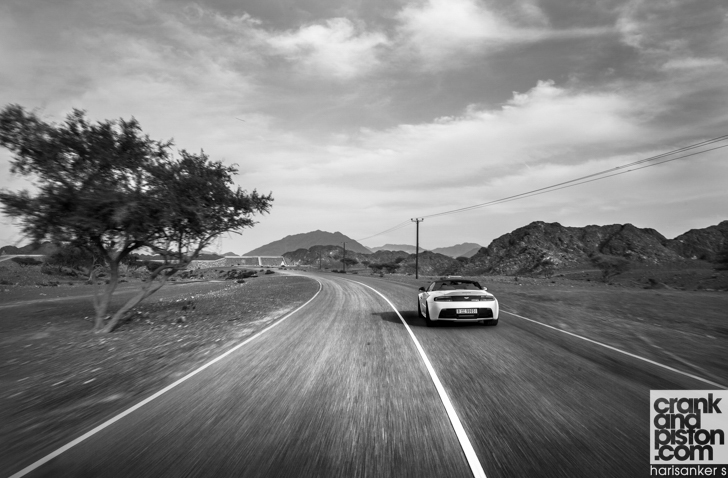 Tick, tick, and tick then for the V12 Roadster. Like its hard-top alter-ego, it looks the business in a raw yet elegant way (all over-sized air vents and smooth rounded bodylines) and handles like any self-respecting Aston sports car should, let alone the fastest-accelerating series production roadster yet. Lop the roof off and you simply allow that V12 boom greater room to work its naughtiness. And yet still, I’m torn. That the V12 Roadster is good is no doubt, and though at its core the heavier, less rigid convertible handles daily drives as well as the coupe (unless you’re really on it) means this verdict should be an easy one. But it isn’t.

On the road, the hardcore V12 Vantage represents the pinnacle for Aston, and if it’s true Aston Racing-esque performance you’re looking for, why would you opt for the softer, less agile – and more expensive – Roadster over the Coupe? If all you’re looking for is the refined drive that a convertible offers, plus a booming V12 soundtrack, why consider a model whose comfort is compromised by its hardcore nature?

The V12 Vantage Roadster S may be brilliant, but I’m still not sure I get it.