Fans of fast Beemers may be interested to know that M-Division isn’t the only solution as crankandpiston.com tests the Alpina B6.

When it comes to high performance BMWs, the ball is not always in M-Power’s court. Alpina would certainly agree, the Buchloe-based company’s cooperation with the BMW Group stretching back to the early 60s. And though the two may share the same BMW badge on the kidney grilles, there are some subtle differences. While the M-Powered lunatics of this world are known for sideways hooning, Alpina-badged Beemers tend to be less showy, offering as they do more power than the Beemers on which they are based but with a greater sense of refinement: where the Alpina for instance is a medium-rare fillet mignon with some spicy pepper sauce for added oomph, the M-Power BMW adds a few extra chillies to truly assault the senses.

It’s no different with the Alpina B6 you see above. Updated and released in early 2014, the B6 is Alpina’s version of the M6 Series Gran Coupe, and as expected, there are some parallels to draw. The biturbo-ed 4.4-litre V8 under the hood for instance delivers 540bhp, just 20bhp less than the M6 but offers 37lb ft more (538lb ft to the M6’s 501lb ft). The B6 – all 2030kg of it – is built on the xDrive format, which in the BMW dictionary means ‘all-wheel-drive’.

Fascinating insights into the Alpina’s performance stats aside though, there is more to the B6 than that. The ‘right look’ for a start… 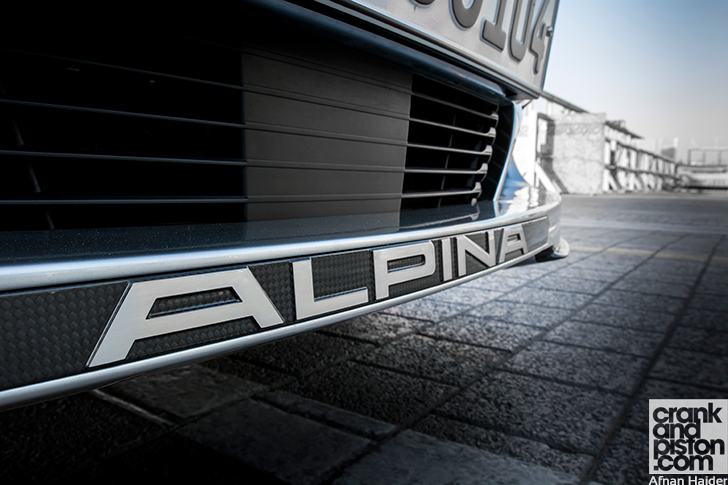 There aren’t many major changes over the standard 6 Series, a colour-matching carbon fibre hood and the signature 20-inch alloys aside. Subtle changes like the rear lip/diffuser, ‘Alpina’ monogrammed front lip and the quad exhaust tips are new additions. Small they may be, but given the looks we get as we motor past, they make a big impact. A modern look but thanks to the retro-styling of the badges plastered over the bodywork, a familiar one: I can’t help reminiscing about the E34 and E39 B10s I kept an eye out for as a youngster. The fact that so many Alpinas end up as garage queens doesn’t surprise me.

In the cabin, lavalina leather decorates the steering wheel, and there’s yet more Alpina logos on the doorsills and seats: there’s even a laser-carved logo on the dashboard. The visible tiptronic paddles on the regular 6 Series have gone, replaced on the B6 with small buttons. It’s all down to personal taste of course but I can’t say I find this overly practical: just try pressing a small button to change gears mid-corner. It’s tricky to say the least. 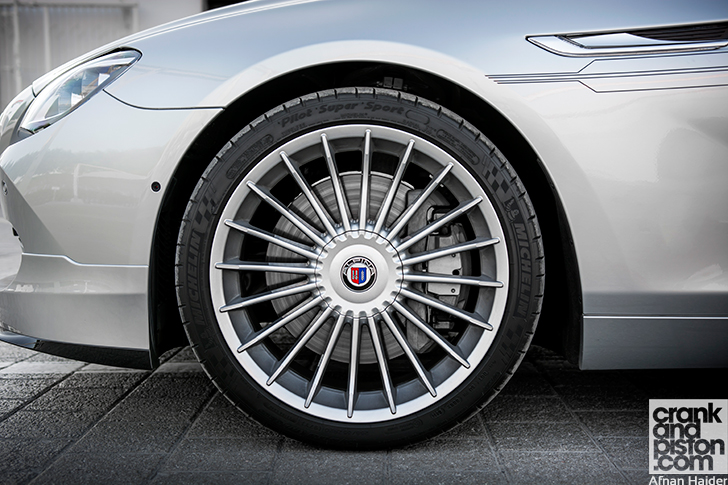 Refinement-wise then, the Alpina ticks the necessary boxes. But as a man who enjoys the sideways hooniganism offered by M-Division, it’s a mixed reception from here on in. Ride quality for instance is top notch, the dampening suspension ironing out the bumps in the road superbly. Of course this does translate into handling which really could be tighter. Feedback through the wheel is softer than I personally would like, the sensation through the corners floatier as a result and consequently not as balanced. There’s that gentlemanly sensation over the harder edged M6 Gran Coupe shining through, and it’s a similar situation under acceleration. The B6 may be capable of 0-100kph in less than four seconds, but it’s not as aggressive as you might expect, comfortable rather than swift changes through the eight-speed sport auto ZF transmission and even trace amounts of turbo lag knocking the performance slightly. One does wonder what damage the B6 could do if fitted with a double-clutch gearbox, if only because – I’d hope – Alpina would ditch the buttons for a proper set of paddles. 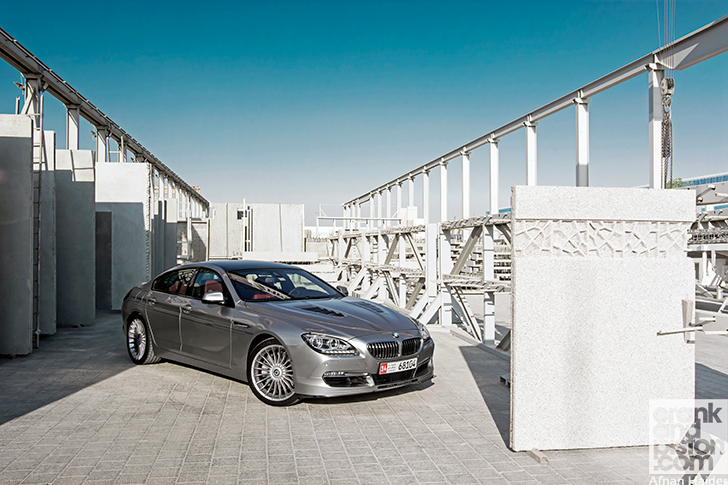 To expect the same aggressive performance as its M-Division alter-ego would be missing the point of an Alpina, but even so, I still can’t say I’m bowled over by the B6. The superb looks, impressive comfort and powerful presence leave you in no doubt that this particular 6 Series Gran Coupe has received the Midas Alpina touch. But it lacks a certain composure through the turns, a by-product of that softened suspension that leaves me without full confidence in the front end through the turns. It’s a similar story with the V8, 540bhp delivered in such an unflustered manner that attempting to beat out every ounce of performance seems unnecessary.

Driving a fast BMW has rarely been more comfortable, but all things considered, I’ll probably stick with M-Division.