“Race one left me with a muscle spasm on my chest” 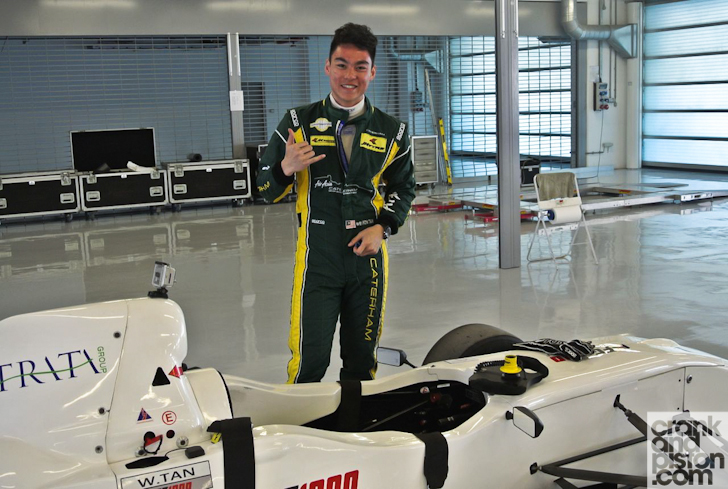 “It’s been a great learning curve. This weekend I made a mistake in race one, and I’ve no-one to blame but myself. But I learnt from that mistake, and hopefully I won’t do the same again. Actually the stress from race one has left me with a muscle spasm on my chest! I spun in the first corner and had to catch up, and I think that’s what’s caused it. I was pretty annoyed with myself, and the arenaline was really pumping.

“I think my part-season has gone pretty well too. My first race was on the Yas Marina south circuit. It was my first time on the track and the first time in the car, and I was just trying to build up the momentum. We had a slight problem with the fuel at first, but we got that sorted for race two where I started from the back and came through to win. I just brought that momentum I’d built into the second event and never really looked back. 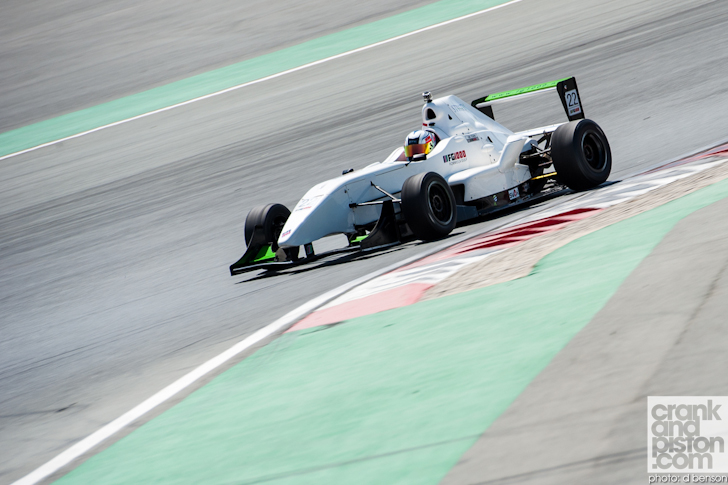 “I really enjoyed my second event. In race one I won by about 14 seconds, and in race two I targeted myself – just for fun – to lead by 20 seconds. So I was pretty happy with that weekend.

“Formula Renault 2.0 is just about to start in the UK, so I’m getting ready for that, and I’m hoping to get a good start to the season against more experienced guys in the series. I have the Caterham Driver Academy to support me too, so I think this year could be really good for me.”

“This is my first ever championship, and winning it is a good start”

“It was a lot of fun today. I had a rough start in qualifying, because I was trying to figure out how to manage the tyres since the surface is so abrasive here, but I was able to jump from fourth to second place in race one at the start.

“I feel I’ve been very consistent this year. I’ve won the championship and I’m very happy with that. For the Gulfsport Trophy, it’s been quite tough. You can really feel the different levels of experience between myself, Natasha, Rahul and Weiron and it’s been really competitive.

“This is actually my first championship, so I think winning the official Formula Gulf 1000 championship is a pretty good start! If I did it next year, I’d hope I could improve and keep consistently finishing first and second from pole position.

“I couldn’t pinpoint one particular highlight from the year – and there were definitely lows! – but qualifying on pole position and setting fastest lap a number of times in a row does stand out. I’m probably going to focus on university this year, but if any opportunities come up to do Formula Gulf again, I’d love to do it. I just really enjoyed it.”

“I have made some big changes this season”

“In the first race I had a problem. I made contact with someone – I’m not actually sure who it was – and broke my front wing. I completed the race with that wing at least, but the Gulfsport mechanics told me that my chassis was bent from that accident, which I can’t change. So I was just pushing hard in the second race to get some points. So yeah, I’m pretty satisfied.

“In the beginning I had some issues to sort out. But after that I found a sponsor through His Highness Sheikh Hamdan Bin Mohammed Bin Rashid Al Maktoum. I’d like to thank him for his constant support of all the local drivers and across all the racing categories. I’d also like to thank SkyDive Dubai for its support this season too.

“I have made some big changes this season, SkyDive being the biggest, and it was important for us to finish this season well in single-seaters. Soon there is going to be an announcement for Emirati motorsport. I’m afraid I can’t say anything yet, but it’s very exciting and I’m looking forward to seeing what happens after that.”

“To be on the podium was pretty cool”

“Not the best weekend I’ve had this season, but there’s still positives I can take away. It took me a while to get used to the track conditions in qualifying and by the time I did the front left tyre was completely done. But today, starting on a new set of tyres, my laptimes started to improve.

“Maybe when I came into the season my expectations were a little higher than what I managed to achieve, but it’s still been pretty good. Definitely the highlight of the year for me was second place at Yas Marina. Even in terms of outright pace, I set the second fastest lap as well. I usually got quite good results at Yas, so to be on the podium was pretty cool.

“I think it’s been a progressive season, so that’s good. I’ve learnt a lot this year. It’s all about not getting frustrated, and today I was getting frustrated, which also meant I wasn’t able to improve. It was also my first season with left foot braking, so that took a little getting used to.

“This year I’m still looking at my options, so I’m not too sure what I’ll be doing. I’ll definitely be doing some karting over the summer, but in terms of cars I don’t know yet. I’d happily come back and do another season in Formula Gulf though.”