The convertible Wraith will be called the Rolls-Royce Dawn.

Rolls-Royce is building a new car. It’ll be with us next year, it’ll be a drophead, and it’ll be called the Rolls-Royce Dawn.

This (above) isn’t it, of course. This is the 1952 Rolls-Royce Dawn, from which the new car will draw inspiration. So far, pictures of the forthcoming model have yet to be released, although it has been shown to dealers attending Rolls’ World Dealer Conference in Los Angeles.

So what do we know about the new Rolls-Royce Dawn? Well, let’s hand over to Rolls’ CEO, Torsten Mueller-Oetvoes. “Our new Rolls-Royce promises a striking, seductive encounter like no other Rolls-Royce to date,” he says. “Dawn is a beautiful new open-top motor car with a name that suggests the fresh opportunities that every new day holds – an awakening, an opening up of one’s senses and a burst of sunshine. It will be the most social of super-luxury motor cars for those beautiful people who wish to bathe in the sunlight of the world’s social hotspots.” 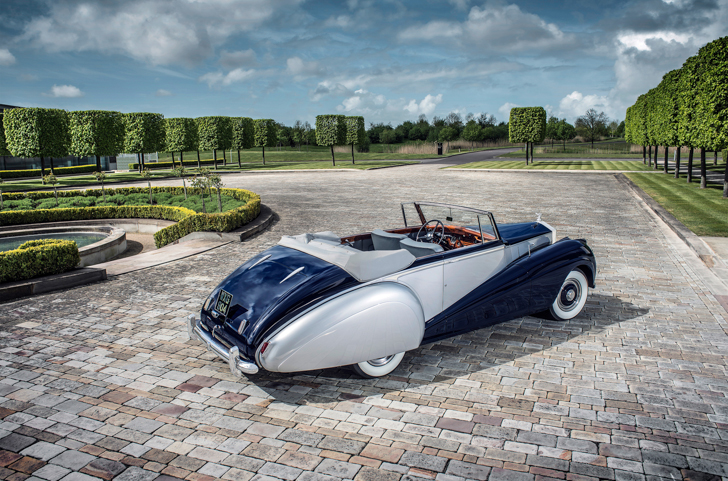 Hyperbole aside, that basically means that the Dawn is a convertible version of the Wraith – that is, a more dynamic, (slightly) more affordable model when compared with the high-end Phantoms. It’s the latest new model in the Rolls range and follows the Ghost saloon and Wraith coupe.

The Dawn moniker revives a name used very sparingly in Rolls’ history. The Silver Dawn was the first Rolls-Royce offered with a factory-built body – previously, luxury cars generally had custom-built bodies made for a factory chassis. From 1950 to 1954, 28 versions were made with coach-built drophead bodies for individual customers, and were given the Dawn name.

Rolls-Royce says the new Dawn is “beguilingly visceral”, “languid and beautiful”, “fresh and fragrant”. So at the very least it’ll smell nice.

The new Dawn is set to launch in the first quarter of 2016.