AMG’s new generation is gathering steam, with the new C43 to feature its latest electrified four-cylinder 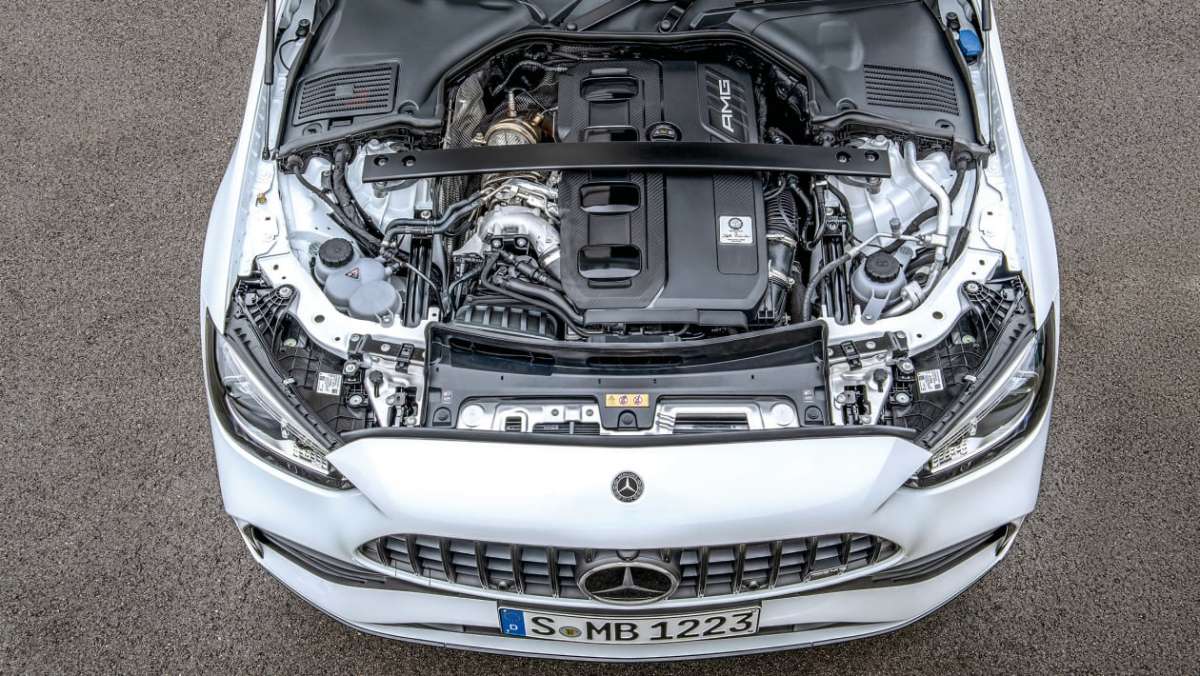 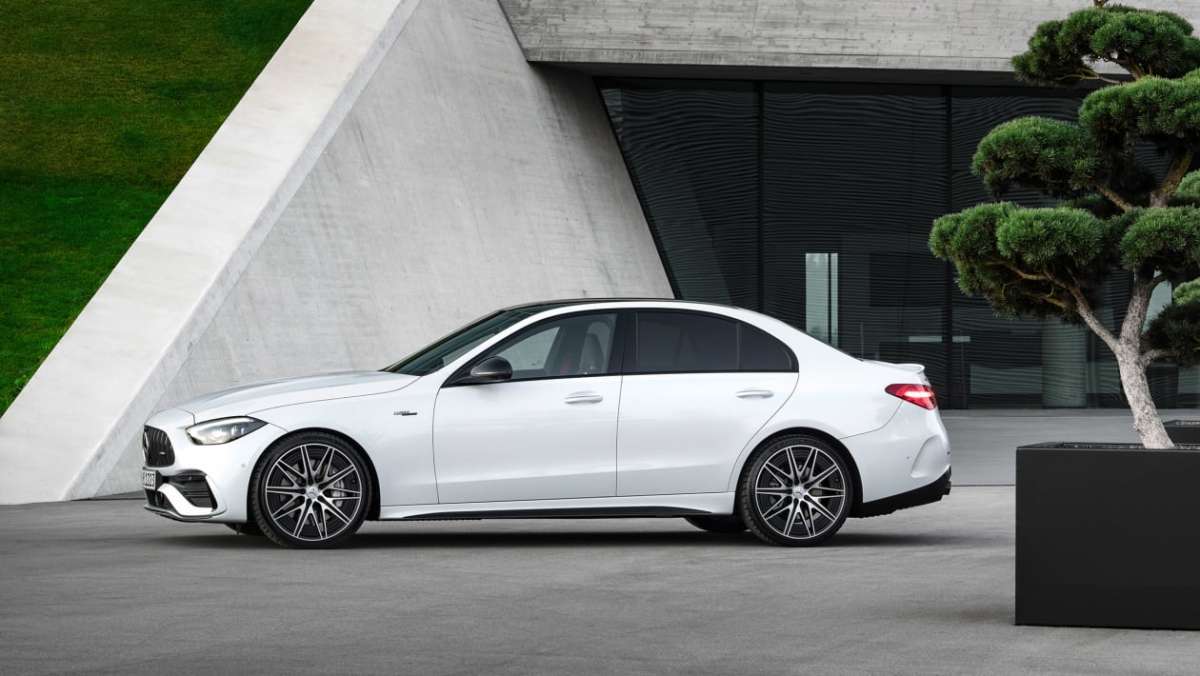 Mercedes-AMG has revealed the first of its new generation C-class variants, with the new C43 packing 402bhp from a turbocharged four-cylinder engine with some mild-hybrid boost thrown in. This makes the new C43 18bhp more powerful than its V6-powered predecessor, while also offering subtle improvements in efficiency. Available in both saloon and estate forms, the C43 will soon be joined by a new C63, which is expected to share the same four-cylinder engine with extra grunt being sourced from AMG’s electrified rear axle as already seen in the GT63 S E Performance.

For now though, there’s plenty to talk about with the C43 as it introduces AMG’s latest powertrain technology that should make the it not just more efficient, but more responsive and powerful too. The powertrain’s built around AMG’s M139l turbocharged four-cylinder petrol engine – the ‘l’ in its moniker referring to its longitudinal placement within the chassis. The specific cubic capacity is 1991cc, and has a closed-deck construction – an essential element for a powertrain pushing upwards of 200bhp per litre – and it features both direct and port injection, the former keeping things efficient when driving normally, with the latter able to supply more fuel to the cylinders when large inputs are called.

AMG is quoting peak figures of 402bhp at 6750rpm, with 369lb ft of torque generated at a relatively high 5000rpm. These figures, while shy of the 416bhp capable from the A45 S, come from the use of an industry-first electrically assisted turbocharger with an additional belt-driven starter generator adding a further 14bhp to the power tally. Both are driven by the C43’s 48V electrical system, which also makes it a mild-hybrid.

The turbocharger itself is a fascinating piece of technology, due to the 40mm-thick electric motor mounted within the turbo housing, sandwiched between the compressor wheel on the intake side and the turbine wheel on the exhaust side. This small electric motor is able to spin up the turbo instantaneously when the throttle is applied, dramatically reducing turbo lag by generating boost until the exhaust gases take over. The electric motor is also able to augment boost in a way traditional turbochargers can’t, such as mimicking an anti-lag system by keeping the turbochargers spinning even when off the throttle. The motor is able to run at speeds of up to 175,000rpm, and is rated to withstand the intense heat generated within the turbocharger housing itself.

To optimise cooling outside the turbocharger, the C43 runs separate water-cooling systems for the block and cylinder heads to keep them at optimal operating temperatures, but the engine doesn’t go as far as the A45 S in also calling on the car’s air conditioning system. Power is sent through AMG’s 9G MCT transmission that utilises a wet clutch on take-off, to a rear-biased all-wheel drive system that sends 69 per cent of drive to the rear wheels and 31 per cent to the front. In terms of efficiency, the new four-cylinder might be down on cylinders, but its highly-strung nature means initial efficiency testing puts its combined WLTP L/100km figure between 11 and 10.5L/100km – hardly groundbreaking improvements compared to the previous generation.

Under the new skin sits a familiar C-class chassis, defined by its double-wishbone suspension at each corner. Things are no different with the C43, with AMG sticking with this same layout paired with standard-fit adaptive dampers and rear-wheel steering. Unfortunately, despite dropping a couple of cylinders, the new C43 does hit the scales 75kg heavier than the previous generation model making the saloon 1765kg, and the estate 1810kg. The new car’s mass also reveals itself when put up against the stop watch, as despite its 402bhp and all-wheel drive its 0-100kph time is a merely fine 4.6sec, 0.2sec behind the 369bhp BMW M340i that’s 20kg lighter despite having a six-cylinder engine.

Standard wheel sizes in overseas markets will sit between 18- and 20-inches. The styling is otherwise typical of modern Mercedes, with only the C43’s quad exhaust pipe finishers and slatted grille there to remind you this is something more interesting than a C200d. The same applies inside, with only trim and detail changes to the standard car’s well-built, if slightly gauch interior.

Local prices have yet to be specified, but with key rivals like the BMW M340i and Audi S4 floating on either side of $60,000, we suspect the C43 will hit a similar price point, with the estate at a premium of a few thousand. So while these sorts of mid-level AMGs have quite often felt like a mere amuse bouche to the 63 main course, AMG’s new high performance menu is set to feel that little bit different. Things will be four-cylinder only, the difference will be how much electricity the lady or sir would like on the side.