Does a new relationship with Ermenegildo Zegna mark a new era of luxury for Maserati? crankandpiston.com finds out with the marque’s refreshed 2016 line-up in Italy.

The writing’s on the wall almost immediately: this is unlikely to be the most dynamic of launch drives I’ve ever experienced. For one thing, the event has been dubbed ‘A Lifestyle Journey’, intriguing in itself but a phrase that doesn’t suggest tyre-squealing laps on-track are imminent. For another, the official press conference for the event takes place in the Hemmingway Suite at the Des Iles Borromées Hotel here in Stresa, a tribute to the Farewell to Arms author and the ‘sumptuous elegance and tradition’ of Maserati so dripping with ornate turn-of-the-century opulence that the room itself could have walked off the pages of a Jane Austen novella.

And for another still, in introducing its four-door 2016MY range, Maserati has dedicated almost the entire launch event to the changes made inside the car rather than the dynamic propulsion of it. For one model – the luxurious Quattroporte – this stands to reason. For the other – the sportier Ghibli – this seems an odd call. 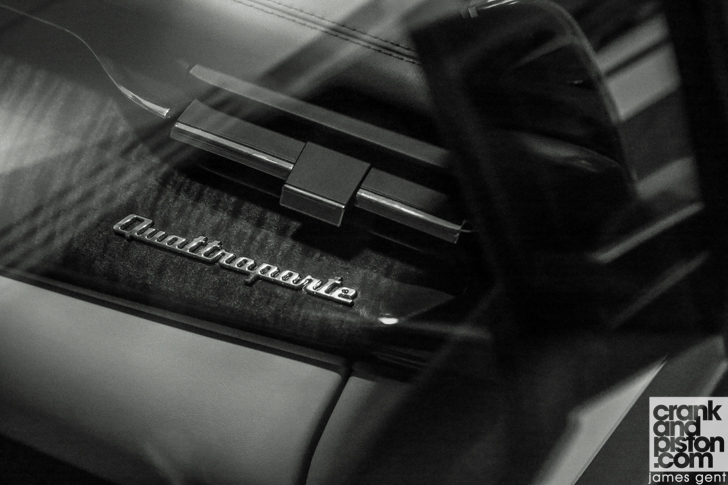 Let’s start with the Quattroporte, since as Maserati’s flagship luxury sports saloon, a tie-in with Italian fashion magnate Ermenegildo Zegna makes perfect sense, particularly as updates since the sixth generation’s debut in 2013 have been slim, and updates for segment rivals Mercedes and Jaguar with the S-Class and XJ respectively have raised the premium bar yet further. To the extent in fact, that Maserati had risked being left behind.

From a technical standpoint, there’s very little difference. The 3-litre twin-turbocharged V6 under the bonnet of both the Quattroporte and the Ghibli may boast a 12 percent reduction in emissions, but power mid-level S models remains steadfast at 404bhp and 406lb ft of torque respectively. Neither have their been any revisions beneath the surface, the same chassis, suspension architecture and eight-speed ZF transmission at the foundations of both models as they were two years ago. There’s not much change on the cosmetic side of things either, though in fairness the modern, sculpted look is so striking, it’s not the end of the world.

Unsurprisingly therefore, the driving dynamics remain unchanged for 2016, though both saloons can still raise the occasional eyebrow. Acceleration in the Quattroporte for instance reflects the Bentley Continental in terms of grunt, 0-100kph taken care of in our all-wheel drive Q4 S test model in 4.9 seconds, impressive for a model weighing just shy of two tonnes. Vast reaches of torque from under 2000rpm and well into the upper echelons of the rev range mean in-gear punch is also impressive, the effectiveness of those turbochargers and clean delivery of power through all four wheels ensuring there’s no want for gutsy acceleration. It’s just a shame that, effective as the turbocharged V6 is, it doesn’t share the same meaty rumble of the V8 in the top of the range GTS. 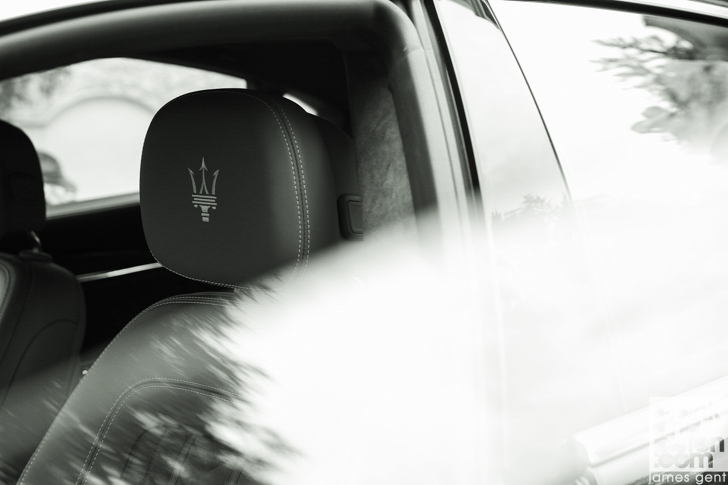 It’s also a shame that, into the more twisting, sinewy sections of our route, the impressive performance on the straights doesn’t quite translate. The weighting of the speed-sensitive steering for instance is inconsistent, diluting precision on turn-in, and as a result, not giving me quite the confidence to chuck the Maserati into the turns with quite the aplomb I would with say the Merc or the Jag.

Perfect weight distribution front to back means there is some impressive balance through the corners, but the sheer weight of the luxury saloon also brings with it considerable body roll, only impressive grip from the tyres preventing this from becoming a terminal case of understeer. Selecting ‘Sport’ driving mode does open the exhaust valves for a more spirited soundtrack ad tighten the suspension, but there’s no real improvement in dynamism, it serving only to lessen the superb ride quality. Quite honestly, leave the aluminium paddle shifters alone and enjoy the comfortable, refined cruise instead.

Ah yes, refinement. What of the inside? What difference has that Ermenegildo Zegna relationship really made? Well to the history books, a lot. Okay, a bit. There aren’t many cars on the roads with 100 percent natural fibre silk accenting seats, door panels, roof lining, sunshades and ceiling light fixture. I’ll admit it’s a tangibly pleasant addition to the Quattoporte, and presumably an expensive one too: while a Zegna suit uses ‘just’ 3.10m of silk, detailing the Maserati uses four-times that amount. It may seem ostentatious, but it’s a big part of Maserati’s plan to produce 75,000 units by 2018, as opposed to the 15,000 the company churned out in 2013. 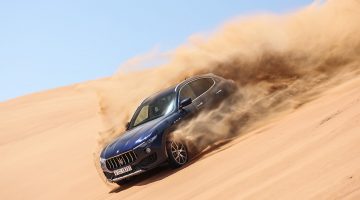