Qualifying for the 2015 Dubai 24 Hours kicks off tomorrow with a 95-strong grid, the largest in the event’s 10-year history to date.

More than 400 drivers from over 45 countries fill the Dubai 24 Hours entry list as 95 teams encompassing more than 20 nations descend on the Dubai Autodrome. Some 70 seafreight containers of equipment has already been shipped for the full day of racing this weekend, as have 700 tyres from Hankook, who replace Dunlop as the event’s official tyre supplier.

Among the most notable teams on the entry list are Stadler Motorsport, which retains both the Porsche 997 GT3 R and its driver line-up, Mark and Rolf Ineichen, Adrian Amstutz and Christian Engelhart, with only Marcel Matter missing this year’s race. Vying to repeat its 2012 and 2013 victories is Abu Dhabi Racing Black Falcon, a potential third win cementing the team as the most successful outfit in Dubai 24 Hours history ahead of Duller Motorsport (’06 and ’07). Bernd Schneider, Jeroen Bleekemolen – the most driver to date in the Dubai 24 Hours with two wins and a second place to his name – the Andreas Simonsen and local boy Khaled Al Quabaisi will once again team-up in the Mercedes-Benz SLS AMG GT3, just one of an astonishing 12 such models competing in the top A6 class this year. Among these entries is the second Black Falcon car of Abdulaziz Al Faisal, Hubert Haupt, Yelmer Buurman and Oliver Webb, but also British-based Ram Racing, which foregoes the Ferrari 458 Italia GT3 it used in 2014. Cheerag Arya, Thomas Jaeger, Tom Onslow-Cole and Adam Christodoulou complete the team’s line-up. 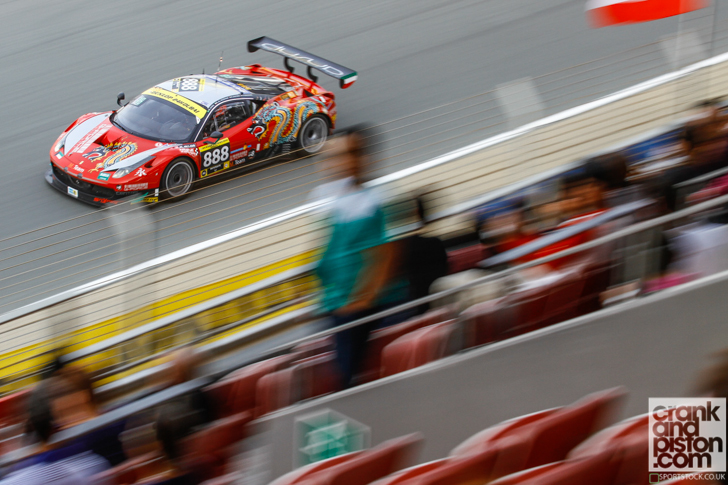 UAE-based Dragon Racing will be looking to repeat its A6 Pro-Am class victory from 2014, with reigning winners Mohammed Jawa and Jordan Grogor lining up alongside Matt Griffin and Rob Barff. Förch Racing by Lukas Motorsport meanwhile returns to defend its 997 Class victory against MRS GT-Racing, who took a dominant class victory at the recent Gulf 12 Hours at Yas Marina in December. Completing the UAE line-up is the BMW 130i of K&K Racing Team & Valek Autosport, the Honda DC5 of Zettanet Racing Team, and LAP57 Racing’s Honda Integra Type R. Notable by their absence year however are The Saudi Falcons, a regular contender for outright victory with the BMW Z4 over the last few years. As are the Racing Divas, former A3T category winners with the [] and an fan favourites.

The tenth anniversary of the Dubai 24 Hours marks the beginning of international GT competition in 2015, but also a new era for the Creventic-run 24H endurance series, which receives FIA International Series status for the very first time.