I know, I know. And what’s worse, our deputy editor actually quite likes it!

Let’s get this out of the way: I like the Honda Odyssey. It’s perhaps the most non-crankandpiston car to have ever set foot on the homepage, and yet I can’t help but be strangely drawn to Honda’s preferred family shifter since 1994.

I’ll give you a second to compose yourself because clearly I’ve gone raving mad. Thanks to a sizeable 2011mm girth and 5152mm length, the 2085kg lump takes around eight seconds to hit 100kph from standstill. Despite the rather sharp Obsidian Blue Pearl exterior paint, choices of interior leather on the inside include beige, beige and…er, beige. Fold down the second AND third row seating and you’ll find ample load space as well as a cavernous boot, deep enough for a folded pram, a week’s supply of grocery shopping… 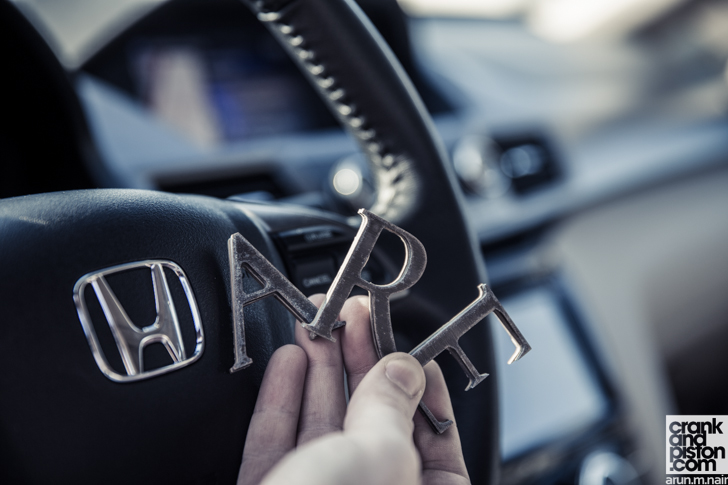 … and the letters A, R, and E, which for some reason we found in the boot of our test model. You’ll find plenty of hidden cubby holes in the front, including a cooler box under the lower console. There’s a set of dual-sliding doors to make access to the vehicle easier. There’s also Honda’s trademarked Lanewatch – a camera mounted into the door mirror – to stop you inadvertently careening into other motorists (a system that we also tested on our long term Honda Accord Coupe). Good Lord, the Odyssey even offers up to 15 beverage cup holders! The Odyssey Touring is, in short, that most un-crankandpiston of things: practical.

And yet, in the five days the MPV has been in my care, I’ve grown quite attached to it. I wouldn’t go as far as to say that the Odyssey is good looking, that it has a ‘dynamic’ interior design or even a particularly strong character. But it doesn’t need to be, because the ‘ultimate vehicle in family transportation’ is – remarkably – a lot of fun to drive.

The gear-lever for instance is mounted to the dash for easy reach, a setup that is used in most touring cars (such as Honda’s new Civic Tourer in the British Touring Car Championship). Firing the Odyssey Touring into life involves pressing a big red ‘Start’ button on the otherwise monotonous dashboard. And then there’s the 3.5-litre V6 tucked under the bonnet. True, at 250hp and 2085kg – a power-to-weight ratio of just over 125hp/ton – you won’t find words like ‘explosive’ or ‘animalistic’ in this description. Honda’s Variable Cylinder Management (VCM) system even shuts down two/three cylinders whilst at cruise in the interests of fuel economy: another non-crankandpiston term. Keep the revs nice and high though and you’ll find the pull from the V6 is surprisingly brisk, thanks to an impressive 253lb ft of torque. You won’t screech off the line but there’s more dynamism than expected from this two-tonne mini motorhome. Gear changes through the six-speed automatic (replacing Honda’s outgoing five-speed box) are smooth as well as swift to help maintain momentum, and engine braking – required with a two-tonne mini motorhome – is similarly impressive. 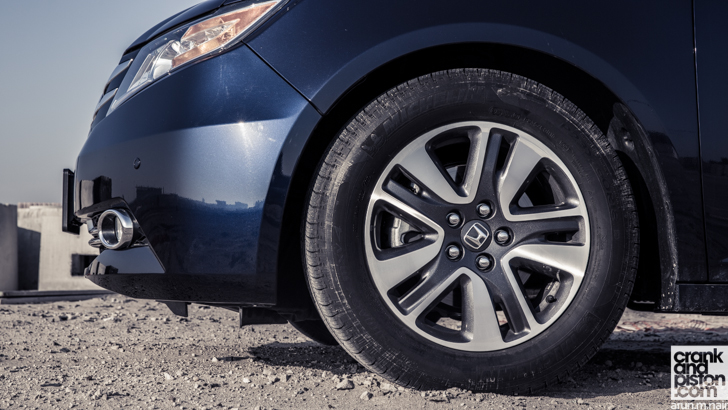 Handling though takes the Odyssey Touring’s blue ribbon. Where I had expected a wayward coach attempting to jack-knife on me at every easy turn, the Odyssey Touring is remarkably composed. Honda’s Vehicle Stability Assist (VSA) system for instance feeds power to the wheels under load through the corners, negating understeer to the point that it is of only fleeting concern. The system even keeps the big empty rear quarter over the rear axle in check, maintaining balance and giving the driver more confidence to punch the V6 through the corners (though if you actually do have a family of six in the back then you might want to re-consider that). In addition to this, there’s plenty of grip from the tyres and a surprisingly low centre of gravity despite the MPV standing 1737mm tall. Room in the cabin might be bountiful, but poise from the strengthened chassis is such that you wouldn’t think you were driving a vehicle almost 17-feet long. 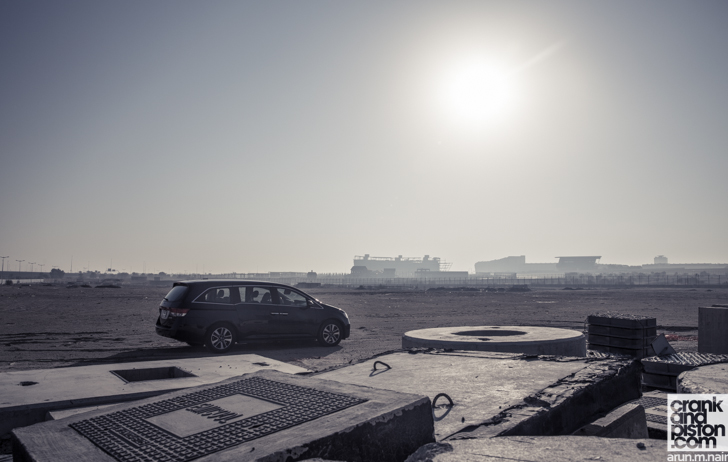 So there we have it. The Honda Odyssey – a practical, comfortable, fuel efficient minivan – is a crankandpiston.com car. Don’t worry. Normal service shall be resumed with a couple of Ferraris and a Caterham very soon.