Cadillac’s middle child has made some serious life changes…

Last year, for an unprecedented 10 months, crankandpiston.com boasted a 2010MY Cadillac CTS on its long term fleet. It was a workhorse, taking as it did various alloy thumps and the occasional puncture or three on its beefy chin whilst simultaneously frightening pedestrians with its V6 growl. It wasn’t all sunshine and roses though, given the midsize saloon’s cluttered centre console, woolly brakes and seats so stiff that falling down the stairs was only marginally less comfortable. So when the third generation CTS was unveiled early last year – ten years after the model line made its debut – concern was high that these same niggles might blot the newboy’s copybook.

Let’s start with the interior, where arguably the outgoing model required the heftiest of spruces. Though the Alcantara surround still remains (and one does wonder how this will weather the ravages of time), the 2014 model boasts a newer, more user friendly multifunction steering wheel, a more luxuriously design centre console with leather upholstery and quality stitching, and Cadillac’s User Experience – complete with the tricky hidden storage compartment behind the main panel – the out-dated infotainment system having been given the heave-ho. Mercifully, the nerve-twitching seats have also been replaced with new leather seats that prove much more comfortable and supportive. They’re still a little on the firm side, but it’s a marked improvement. Couple that with ample legroom and just enough headroom and Cadillac’s focus groups have certainly worked their magic.

Bizarrely, there has been little changes made to the 3.6-litre V6 under the bonnet, which produces the same 317bhp as its predecessor and kicks out 203lb ft of torque. The main difference comes courtesy of a brand new eight-speed gearbox – two more than before – which produces not only faster changes but also improved fuel efficiency. That the porky 1868kg CTS has now dropped two dress sizes to 1640kg is another contributory factor to its improved dynamism. Its significantly improved dynamism.

On start-up, the V6 produces a beefy deep-noted warble. Kick the bear though and said warble becomes yet more raucous and vibrant, the sound of 3564cc and 317 stallions neighing in unison through the CTS’s new slimline tailpipes proving a suitable preface to the animal that’s about to be unleashed. We’re not suggesting that the Cadillac could take on sister company Chevrolet’s Camaro ZL1 for dramatic ‘oomph’, but a firm kick to the kidneys when you plant the right foot proves there’s more to this luxurious animal than meets the eye. Off the line, pull from the V6 is strong, straining your neck muscles with vim and making you praise the new supportive seats yet more so. It’s a pull that calms itself as the revs hit mid-range, linear acceleration – thanks also to crisp changes through the metal paddles – keeping the animal’s momentum going. Keep the revs nice and high and give another flick of the paddles, and there’s that kick again, the noise of the engine the only thing to break through the cabin’s strong acoustics.

You’d be mistaken for thinking though that the American cruiser only did straight lines. Tweaked suspension and Magnetic Ride Control – which can adjust the shock absorbers to undulations in the road ten-times faster than the blink of an eye – makes its debut on the new CTS. Throw in a low centre of gravity – aided also by a low seating position – and 50:50 weight distribution, and the balance proves very impressive, the 18-inch alluminium wheels and grippy tyres able to take a more emphatic beating than the outgoing model. There’s plenty of weight to the steering too, the power steering taking on most of the grunt work but leaving just enough heft in the wheel to make you put the effort in through the corners. There’s little in the way of understeer either, and even with 317bhp being fed through the rear wheels, the back end feels planted, encouraging you to push on even more. There’s just enough bodyroll to remind you that you’re chucking 1640kg of weight around like a go-kart but this doesn’t dint the overall enjoyment. It really is a remarkable transition for the model, even if the brakes are still a little woolly.

I’ve deliberately left the key transition to last though, by which I don’t mean Cadillac’s Automatic Collision Preparation and emergency braking system, which is so sensitive you may end up with whiplash. The blue ribbon most definitely goes to the new looks. Cycle round to the back and you’ll find the traditional Cadillac sharp angles and cheeky tail lip brake light established via the luxury XTS and the smaller ATS. Then there’s the front.

I’ll admit that the sharper lines and more aggressively jutting front end is a little too on the nose to be considered ‘elegant’, but given the dynamics on offer – and the surprisingly feisty V6 growling under the bonnet – such a term would be out of place anyway. The prominent bonnet lines. The strikingly aggressive air intakes. Those glaring headlights. It’s an aggressive design at the front, one that suits the CTS’ new character perfectly.

Of course, borrowing one for 10 months might prove a little tricky. 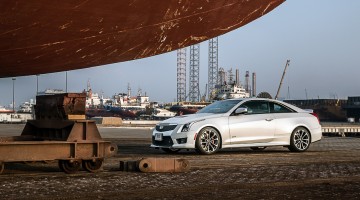 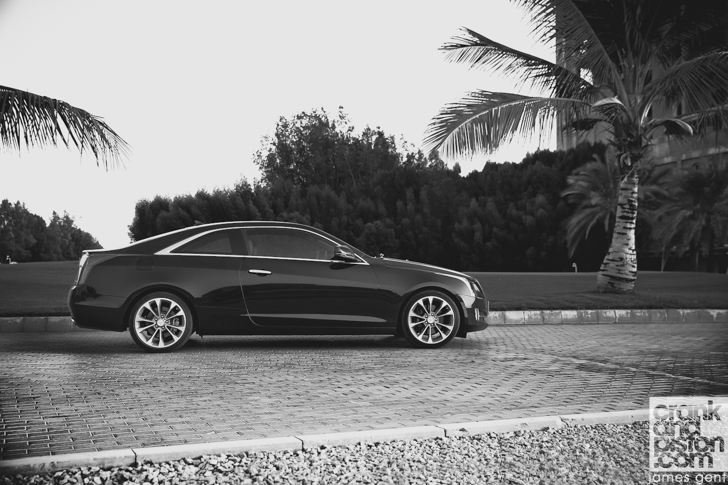 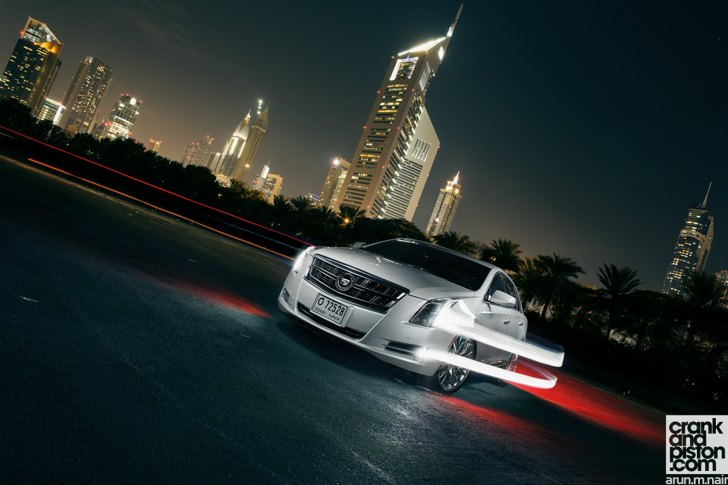