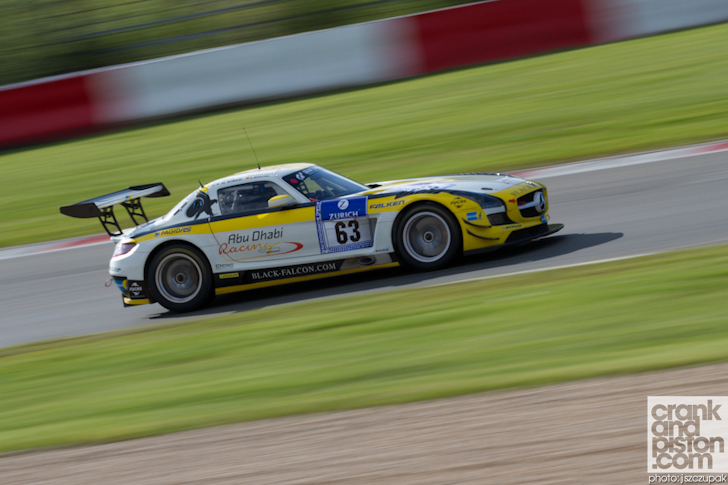 Excitement is brewing ahead of the 41st running of the Nurburgring 24 Hours, and with good reason.

Fresh off its inaugural win on the event last year – a victory they cemented with a one-two finish – Audi Sport Team Phoenix is back to defend its title with a three-car assault, with 2012 winners Frank Stippler, Marc Basseng, Christopher Haase and Markus Winkelhock keen take another crack at the big prize in the #1 R8 LMS Ultra. Johannes and Ferdinand Stuck, sons of former Grand Prix driver Hans-Joachim, will compete in the sister #4 Audi – alongside Michael Ammermuller – may take issue with that.

And that’s just a smattering of the entries for this year’s race (which, by the by, also includes Nurburgring queen Sabine Schmitz). Plenty to watch out for then during the course of the 24-hour extravaganza on the Green Hell, and thankfully there are a number of live streaming options. After quite a lot of hair pulling – since live stream through the official Nurburgring homepage HERE is only possible by clicking ‘Munich’ on your VPN – we bring you RACE COVERAGE LIVE courtesy of AudiTV.

Since though the coverage is only available in German, ENGLISH COMMENTARY can be found via Radio Le Mans HERE (just hit ‘Listen Live‘).

Any problems, you can also check out the live feed from Subaru UStream HERE or Gazoo Racing Live HERE.

Second qualifying is due to kick off at 11.20 Central European Time, with the top 40 shootout scheduled at 17.50 CET. Tomorrow’s race gets underway at 17.00 CET.