Jaguar Heritage Racing returns to the Mille Miglia this year with three C-Types and three XK120s for another historic run.

“I just drove as fast as possible and hoped for the best frankly.”

It’s a statement that leaves you wide-eyed, but in the 1950s the Mille Miglia asked for nothing less. Indeed, Stirling Moss proved it a viable strategy (thanks in part to some demonic driving talent) in 1955 when he set a new event record – a pretty terrifying 10h 7m across nearly 1000miles/1597km and an average speed of 97.90mph/158kph – with prominent journalist Denis Jenkinson aboard the Mercedes-Benz 300 SLR.

Arguably his most famous ever victory aside, it was not only with Mercedes that Moss made Mille Miglia history. In 1952, this time alongside Norman Dewis – Jaguar’s chief test driver for more than 30 years – entered a Jaguar C-Type XKC-005 for the endurance rally fitted with a prototype disc brake system. Though the pair would ultimately fall short of victory (that going to Giovanni Bracco and Alfonso Rolfo in the Ferrari 250 S), the significance of their run made an enormous impact on the automotive industry, one that is still of critical importance today.

This year, more than 60 years after this historic run, Jaguar Heritage Racing returns to the Mille Miglia with three classic C-Types and three XK120s for another historic run. Plus a handful of celebrities, including Olympic gold medal cyclist Chris Hoy, 1988 24 Hours of Le Mans winner Andy Wallace (also with Jaguar), the monkey himself Chris Harris and the fashion world’s Yasmin Le Bon.

Oh, and maybe even a prominent member of the crankandpiston crew…

Previous ArticleMonster Jam. Abu Dhabi, UAE. Clash of the Titans
Next Article Volkswagen Design Vision GTI. What a Racing Golf Would Look Like 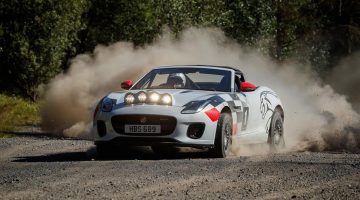 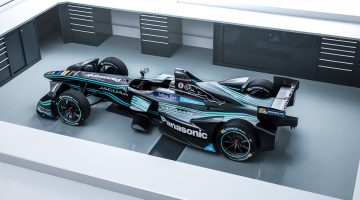