McLaren rolls out the P1, the MP4-12C and the 12C Spider for the very first time together at the 2013 Dubai Motor Show.

The 2013 Dubai Motor Show marked the first time that all three of McLaren‘s current GT range – the MP4-12C, the 12C Spider and the new P1 – have been displayed at the same time. The all-new P1 hypercar – making its return to the region after a brief visit to Bahrain and Dubai earlier this year – proved McLaren’s biggest draw on the first day of the event and unveiled by the team’s official text driver Chris Goodwin. 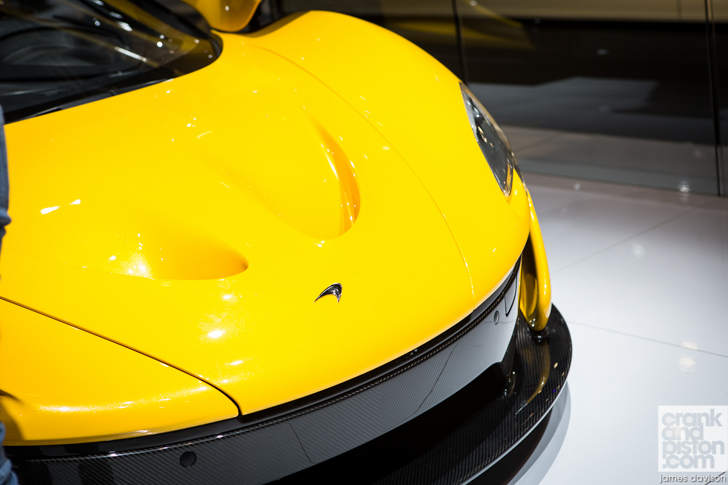 These mind bending performance figures are made capable through optimised airflow around the body through the use of an active wing and underbody devices, an adjustable rear wing inspired directly from McLaren’s 2008 Formula 1 car, and the Group’s innovative carbon fibre MonoCage monocoque. The bespoke carbon monocell offers both strength and rigidity as well as lightness for maximum performance. The new P1 – of which only 375 have been produced – has already clocked more than 4000km during development testing, all of which with Goodwin at the wheel. 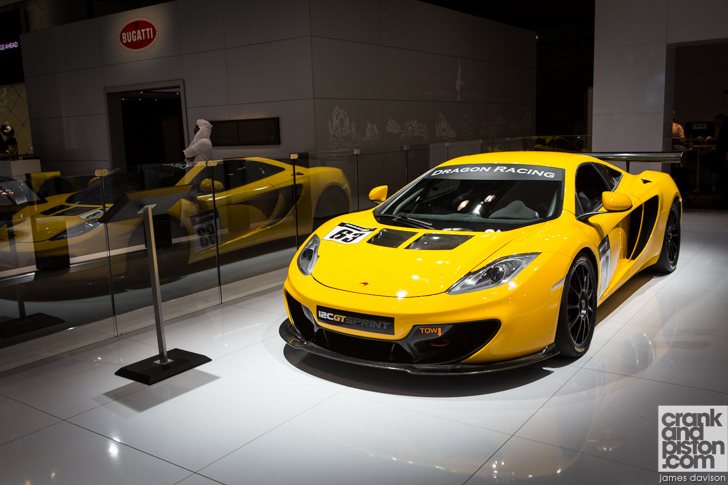 Lining up alongside the P1 on the McLaren stand was the already established MP4-12C and the 12C Spider, both of which crankandpiston.com has put through its respective paces. You can read more about our experience with the hardtop HERE, our first drive with the Spider HERE, and our epic Saudi Arabian road trip HERE. The 2013 Dubai Motor Show also marks the first time all three McLaren models have been displayed together.

Also displayed on the stand was the 12C GT Sprint currently owned by UAE-based Dragon Racing. Boasting 12C’s 75kg carbon fibre MonoCell chassis but with improved downforce, bigger brakes, a reduced ride height, fewer creature comforts and Pirelli performance tyres, the GT Sprint is an even more track-focused version than the 12C GT3. A product of the GT racing arm of the McLaren Group, the 12C GT Sprint has conducted more than 5000km on-track across Europe and the Middle East.