The newly debuted i8 is the star attraction on BMW’s stand at the 2013 Dubai Motor Show.

The headline player of BMW’s electric i-sub brand took pride of place in Dubai following its global debut at the Frankfurt Motor Show. Marketed as ‘the world’s most forward thinking sports car’, the new BMW i8 – a pre-production version of which crankandpiston.com drove earlier this year – combines a 228bhp 1.5-litre turbocharged three-cylinder petrol engine with a 129bhp electric motor (which sends power to the front axle) for a 357bhp total. 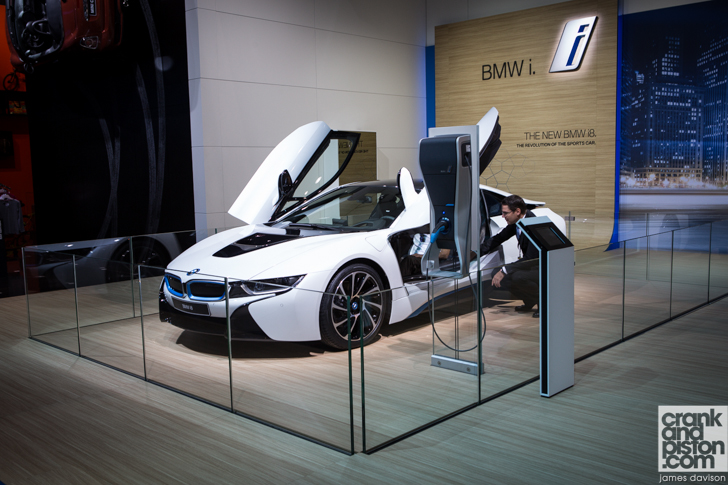 Power from the hybrid powerplant – which is mated to a six-speed automatic transmission – is sent to the rear wheels, while the modernist design suggests a new design DNA for the BMW Group moving forwards. Much as he was in Frankfurt, BMW i8 head of project management Henrik Wenders was on-hand to explain the model’s significant to an interested crowd. 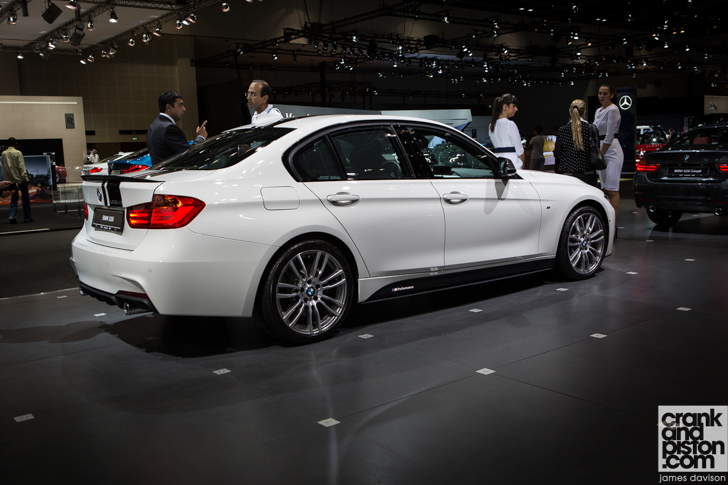 Joining the i8 in Dubai was the company’s new 4 Series Coupe and the company’s already established 335i, an M-Performance kit of which was also on display in traditional BMW racing colours. Also representing BMW’s M performance brand was the M135i – a precursor to the newly launched 2 Series Coupe and M235i – and a M6 Gran Coupe, a version of which crankandpiston.com also drove on launch in Malaysia. 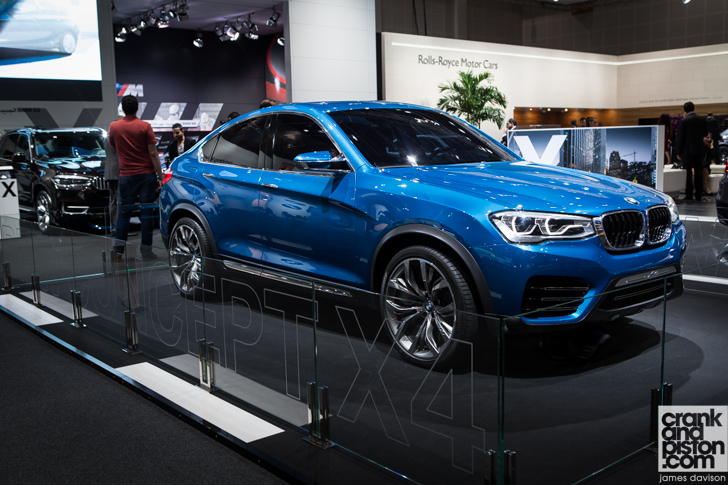 Headlining BMW’s SUV line-up was the Concept X4, a Sports Activity Coupe inspired by the company’s already established X6.Though still a concept at present, the BMW Group has hinted that production ready versions could be revealed as early as next year and if so would be built out of the marque’s Plant Spartanburg in the USA.