What makes Land Rover Defenders what they are?

I think that the Land Rover Defender is a truly awesome automobile. Here’s why…

I’m 15 years old, and I love Land Rover Defenders. I was originally introduced to these incredible machines by my Uncle Alastair, who owns a Series Two 110 and a Series Three 90, as well as a more recent 90 that he acquired from the British Army.

This was no ordinary Defender – it had literally been blown up after setting off a mine during active duty, and had sustained severe damage to the front left portion of its chassis and body as it had set off a mine. So he set about repairing it using pieces of sheet metal he discovered, apparently from an ice cream van. As a result, where his 90 once sported military fuel tanks, it now boasts an idyllic scene of children happily running around. The idea that you only need very simple parts to repair such an old car amazes me and makes me wonder why people don’t still make cars like this.

Uncle Alastair would always be tinkering with his cars even if there was nothing wrong with them; he would constantly show me the simplicity behind the apparent complexity of these wonderful machines. His explanations showed me that they came from a time before the age of computer design.

He would often take me out in his fleet for a short drive around their neighbourhood in Ascot and those days felt like the best of my life. Never once did I look out the windows to study the amazing natural sights found in the forests or to gawk at the wonderful Ascot racecourse; I would be admiring the noise of the gently chugging engine and the crunch of changing of gears instead.

The Defender is a British icon. World-renowned. Unmistakeable. Upon seeing one cruising along a motorway, almost everybody will recognise what it is.

Born in 1948 it has been well recognised and well used all over the world. No matter where you go it is almost inevitable that you will stumble across one eventually.  You could be riding in a Defender on safari in Kenya, or farming with one in Britain. You can find them in the desert sailing over the large, unending dunes, riding over them like the ship of the desert. Or you can find them in the city cruising among the monotonous hordes of city cars.

These cars are the definition of adaptable; the amount of roles they fulfil is vast.  They have been modified to work in the British military since the 1950s and they still see active service today, serving in the most hostile. Within the military they serve multiple purposes: from go-anywhere ambulances, to general transport, to propping up the backbone of logistical supply lines.

But it’s not just a military vehicle. It is so special and so unique that it has the ability to do things that no car can do to the same standard. It’ll command respect while travelling down London’s well-to-do Park Lane, and can tow a horsebox across a field. It can traverse any terrain without the need of fancy gadgets as found in Land Rovers today. It can cross perilous icy conditions in Antarctica, cross the Rocky Mountains, and complete the Dakar rally.  The Defender lives up to the Land Rover mottos ‘One life, live it’.

There’s a sense of community too. When Defender owners see one another along the road they exchange a cheery wave. A Defender is often used as a conversation starter, in the same way that you might over another British classic such as a Mini or an MG.  It has the ability to bring out a smile from owners and non-owners like.

It is my dream to own a Series One, the vehicle with which the Land Rover dream first started. I’m not looking forward to the day that Land Rover decides to change their icon; by introducing the all-new DC100, they are destroying history.  It may be a nice change but not only is this an iconic vehicle in its own right, it is what everybody thinks about when they hear the words Land Rover. Why would you want to kill this legacy?  It made the company what it is today and surely its continued success over the decades proves its wide-ranging appeal.

If I were offered the choice of a Land Rover Defender or the new Jaguar F-Type it would be an easy choice for me. I would choose the Defender. It is the original and best car for any situation. What would you choose? 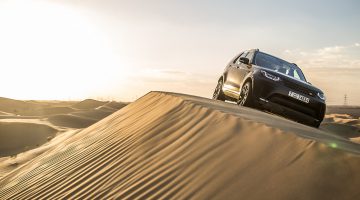 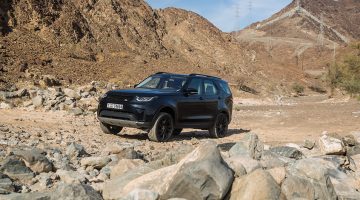 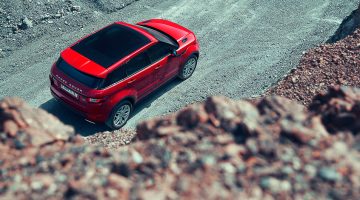