We build our own Bentley* 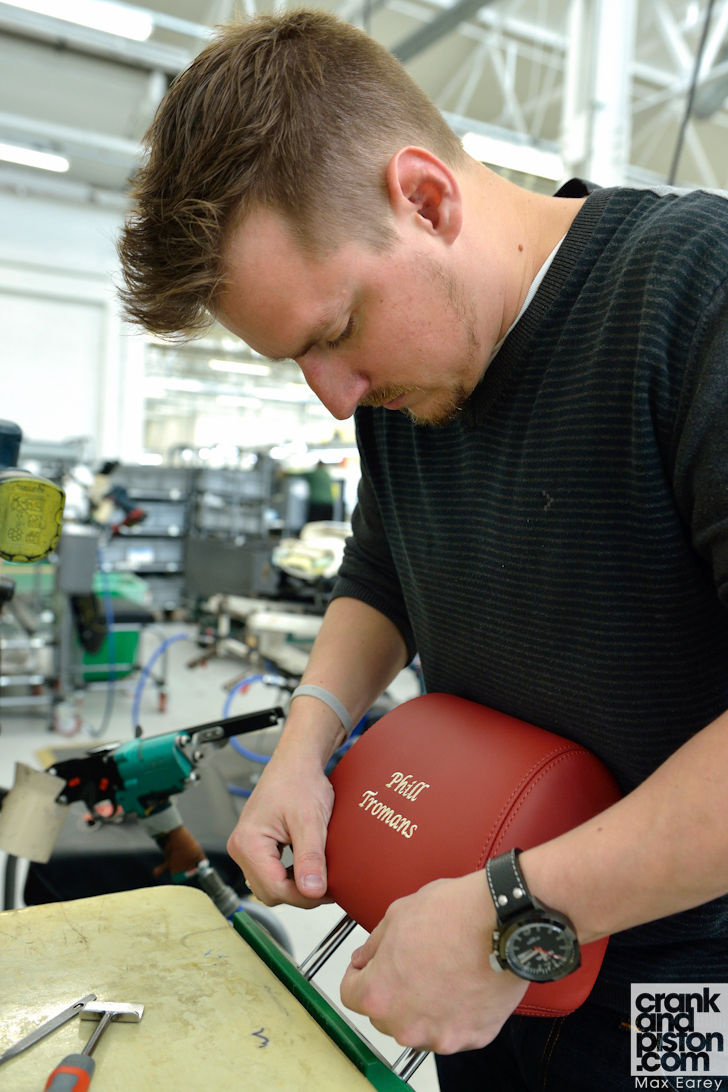 After being sewn together – all by hand – the leather work heads to the Trimming department, where it’ll be fitted to the seats. Here, I’m introduced to Ian, who informs me that I’ll be trimming a headrest, fitting the sewn leather onto the foam and metal construct. My handiwork on the sewing machine has been quietly disposed of, but before I get too upset, I’m presented with a piece they’d made earlier – a red leather headrest cover for a Flying Spur. With my name embroidered on it. Aaaaaw.

Fitting the leather onto the foam form is easier said than done. It can’t be baggy, which means it’s an extremely tight fit. Ian demonstrates the process, which involves rolling the inside-out leather over the top, and then spending a rather long time massaging it into place. It’s fiddly, and when I try I wish I had about four extra fingers. It’s a battle between making sure there’s enough tension in the leather and not tearing the stitching. After a fair bit of wrestling and swearing, I have the cover on, and I’ve slotted the open flaps into place at the bottom. It’s a bit lumpy. But it’s done, and it’s mine to keep. 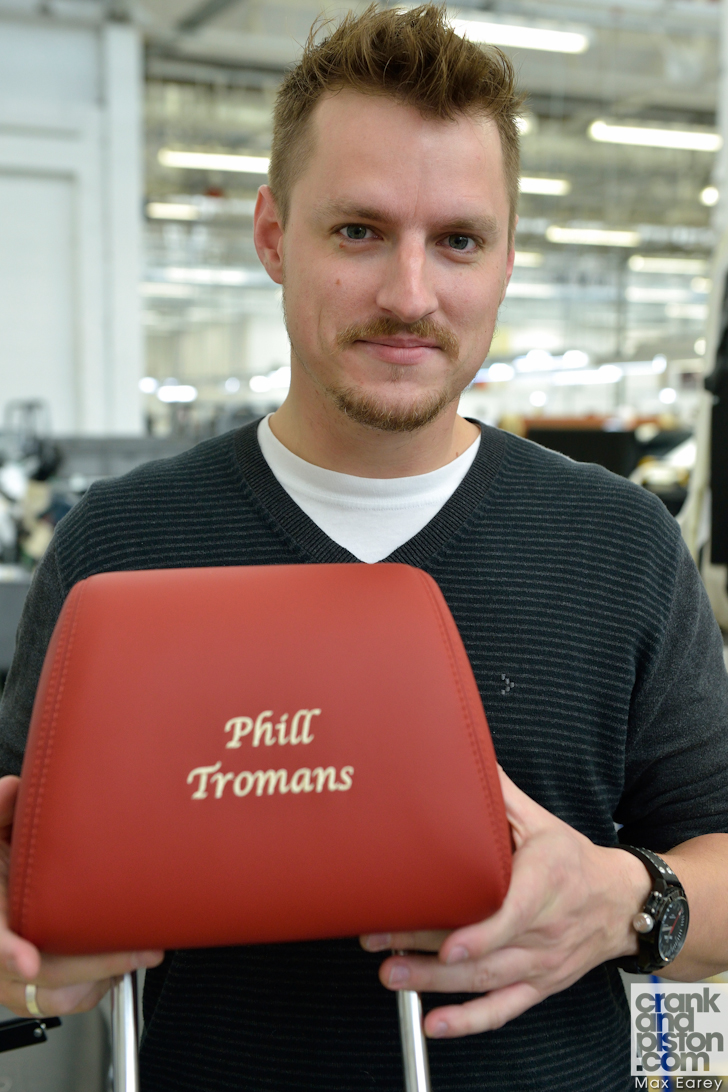 It’s taken me about an hour to do all this, and at the end of it, I have a head rest. Suddenly the scale of what goes into the Mulsanne – and indeed any Bentley – is really dawning on me. There are so many man hours put into making these cars that the high price seems justifiable. These aren’t robots assembling your dream car, these are skilled craftspeople. 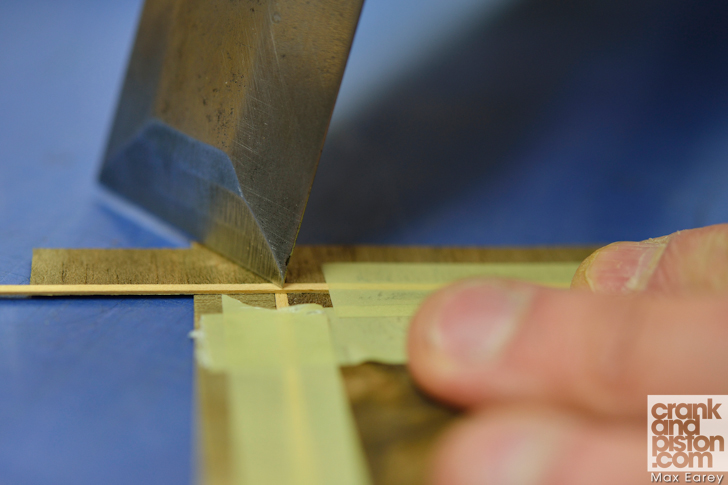 Later on, we go on a quick tour of the wood shop, which features more of the same. Men and women with chisels, sandpaper, and other tools hone veneers and chunks of wood into finished pieces that wouldn’t look out of place in a stately home. And then they put them in cars that are once again put together and meticulously checked by hand, with robots taking over duties that require levels of finesse that even the best humans can’t manage. 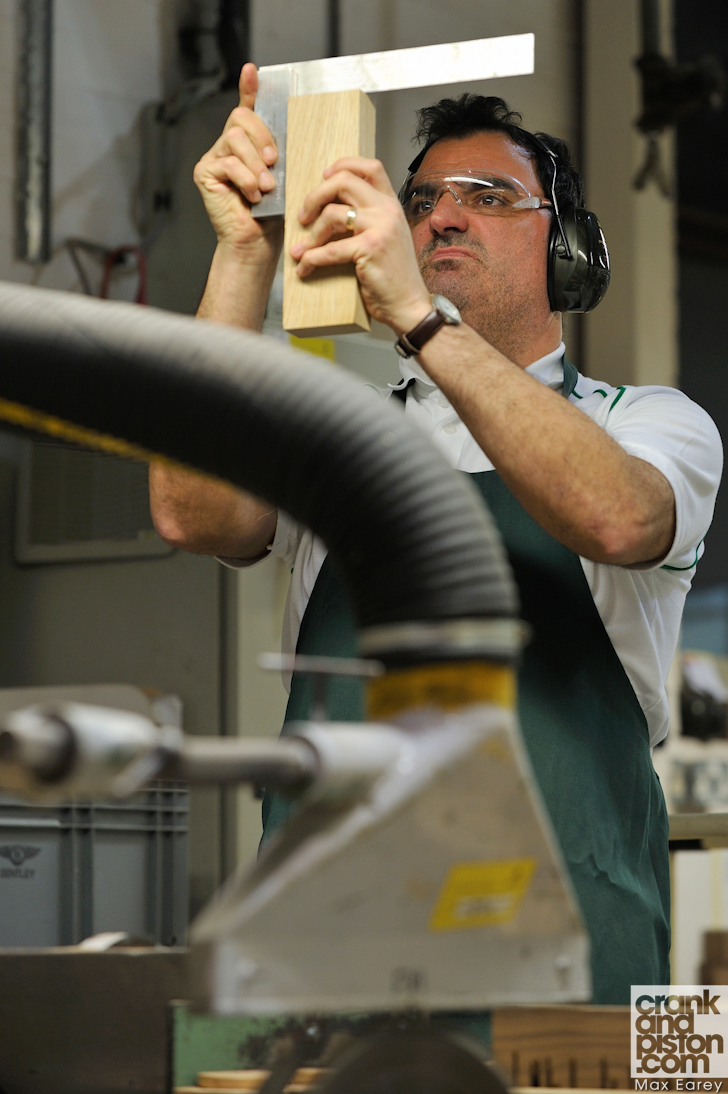 It’s not hard to see why Bentley – and indeed other manufacturers that treasure the human, handcrafted element of their business – have so many fans. Many prospective owners come to Crewe to see their car being assembled and meet the people tasked with building it. One operator on the line tells me that he had a customer from Bahrain just a day previously, who wanted to drop the engine into his new Mulsanne. Not a problem. 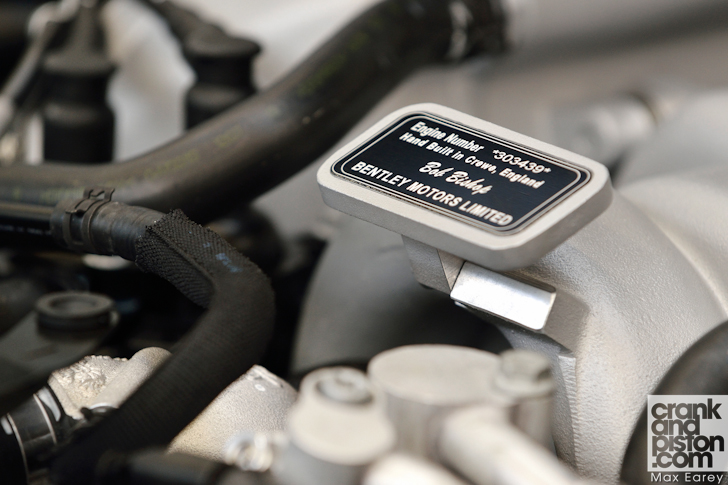 I’m going to have to write many more articles before I can afford a Bentley of my own. For now, I’ll make do with my new headrest. And customers can rest assured that their machines will be put together with considerably more skill than I possess – a job offer was not forthcoming at the end of the day.