Volkswagen Golf R vs BMW M135i vs Mercedes A 45 AMG

The difference is striking. The pull from VW’s four-cylinder for instance is a little surprising, offsetting that mature vibe the Golf R has worked so hard to present and dipping steadily into lairiness courtesy of new cylinder heads, exhaust valves, piston and fuel injectors, and THAT turbocharger. The ‘whoosh’ as the rev needle hits 3000rpm puts aside all comparisons I’ve made to linear acceleration in the GTI, the R being more insistent with its power output: leave the changes late through the six-speed DSG paddle shifters and you’ll be met with the tiniest of ‘barump’s through the two branch chrome tailpipes. It’s not aggressive but it’s punchier than you might expect.

Then there’s the AMG, which delivers its 355 bucking brake horses like a sledgehammer. Propeller shafts in the all-wheel drive system transfer power to the rear-axle, the system monitoring slip at the front axle to apportion torque accordingly. It’s clever, but when dealing with this much power in this size of vehicle, it’s difficult to take this seriously: be it through all four wheels or the back two, power is sent to the road with swift unforgiving blows, and you couldn’t ignore the sensation of speed or throaty, almost V8-like soundtrack through the AMG Sports Exhausts if you wanted to. Whilst the Golf R goes about its business with measured assurance, the AMG gets busy kicking your neck with steel-capped shoes, the power difference leaving the R for dust as it does so. 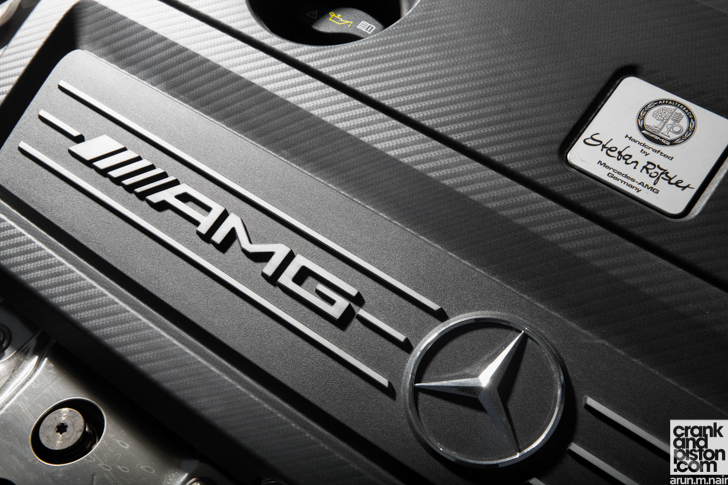 When we hit the first corner though, the pendulum swings very assuredly in the R’s direction. With 276bhp to contend with, the front wheels do feel a little more ‘encouraged’ to push wide in the turns than they did in the GTI, despite the all-wheel drive. The balance is still absolutely beautiful – thanks to a low centre of gravity and good weight distribution – but there’s still some pull out of the corner that catches me a little off-guard. It’s not bad. It just…is. It’s also not something to overly concern myself with, phenomenal feel through the almost delicately thin steering wheel keeping the front end pointed straight and true, barely a glimpse of body roll on-hand to take the edge off. It all feels so…easy.

Stiffened AMG Sports Suspension, weighty sports steering and a low centre of gravity meanwhile means the A 45 is impressively chuckable through the tighter turns. Where in a C 63 AMG the rear end is ready to fold you like a pretzel at the smallest of provocations, the A 45 rears stay beautifully planted through the turns, reigned in as they are by the 4MATIC AWD system even when the more aggressive S or manual M driving program is selected (in typically German style, ‘M’ actually stands for ‘Momentary M Mode’ while the comfortable ‘C’ means ‘Controlled Efficiency’). What does rather throw me though is the weight on the nose. The stance is über low and the sports seats hold the contours of the body more effectively than bookends, but the AMG – the heaviest of all three hatchbacks – lacks the on-the-nose character of the Golf R, and as a result doesn’t feel quite as composed through the corners. Of course the seven-speed ‘box don’t really help: upshifts are crisp and quick, but the AMG nannying means you’re never sure you’ll end up with the gear you want, a worrying notion as the roads begin to tighten. 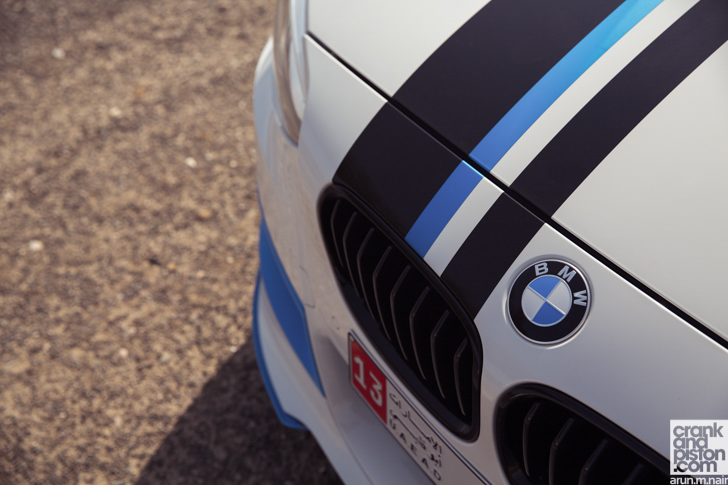 After a spirited run we’ve made our way further into the mountains to our location. While the digital guys take both the Volkswagen and the Mercedes for a scouting mission across the gravel, I’m given a quick respite to take the BMW for a thrash before we begin shooting. And very glad I am too, for whilst the journey in the Golf R was easy and the AMG expectedly dramatic, the drive in the BMW finds the middle ground. Much to my approval.

The pull from the 3.0-litre six-cylinder is remarkable, and brings with a bbbbbrrrrrrrrttttt on the overrun that is just the beesiest of knees. And then there’s the grunt, which arrives in massive lumps at around the 4000rpm level to propel you suddenly forward at a vast rate of knots and cause the surrounding landscape to whizz by with equal enthusiasm. Plus there’s balance, courtesy of the power sliding through those 18-inch light alloy rear wheels.  Unclipping the front wheels from their leash – combined with possibly the heaviest steering of the three – drags me much further into the driving experience in the M135i than I have been with the R and the AMG. There’s grip, and plenty of it from the BMW’s Potenzas, but it’s the twitchy (albeit controllable) back end that keeps me on my toes. I’d be happy to drive all afternoon, but I’m needed on ‘the set’. 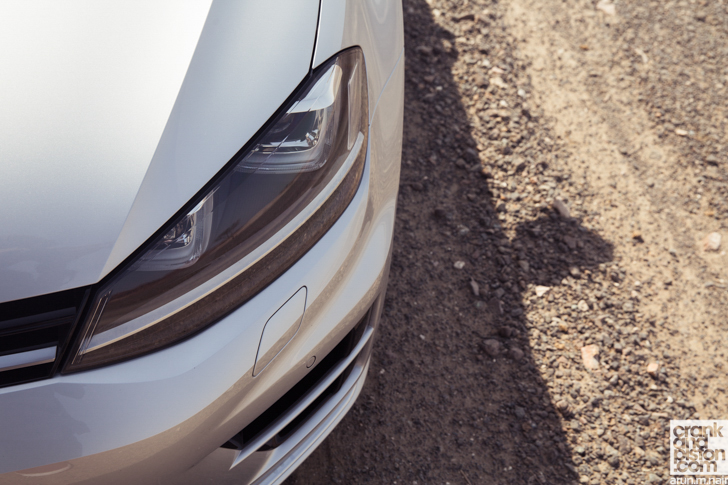 There’s no doubt the Volkswagen Golf R is our winner. Gorgeous to look at, civility thy name is VW, and magnificent balance and power to tame even the trickiest of mountains roads. It’s not as powerful or arguably as dramatic as the Mercedes-Benz A 45 AMG, but then that wouldn’t make any sense: AMG by it’s very nature is designed to shock and deliver power by the open-handed slap-ful, two character traits that wouldn’t suit a Golf R.

But then there’s the BMW. It’s not the best looking, it doesn’t have the best interior, and my own money would be spent on the more practical R. But that balance, that power and that pseudo-lairiness. I can’t stop thinking about it. The Golf R may have kept its crown and fought off two of its strongest pretenders, but one does wonder how long VW wil be able to fight them off.

* Our thanks to Gargash Enterprises and Abu Dhabi Motors 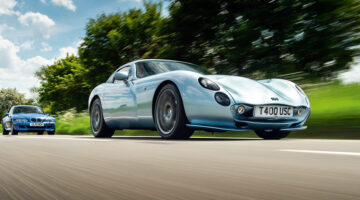 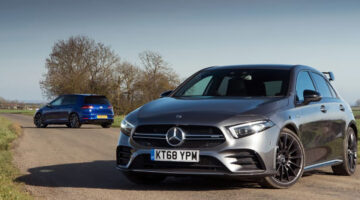