I needed a change and to get out of Germany after being there for almost 12 years, so I quit my job and came back to where I call home. Here I am back in Dubai where I had spent 16 years of my life, but now it was all different. I could do something I couldn’t do before when growing up, and that was drive cars.

My first stop was getting a rental car until I had found a job and found the car that I wanted. For the first 4 months a rental Yaris it was. A great time but it just didn’t have any potential for me. So while hunting through on-line classifieds I finally found the car that I wanted. A Volkswagen Golf GTI 2010 model with full options and only 27,000km for 85,000AED (around $23,000). I called the guy, went to have a look and – without even test driving it – I bought it. Two weeks later we met up to have it registered under my name. So here I am with my new pride and joy which smelt in the inside like new.

I was in love but my dad wasn’t. He said I should rather save my money and keep driving the rental Yaris. But that’s where we are complete opposites. My dad doesn’t like cars and he’s still driving the Nissan Patrol we bought back in 1995 which has now clocked 37,0000km and is still running strong. With my dad not speaking to me for a while – and also being away for work – I was looking on the internet for things I could do to change my GTI as there are so many out here and they all look the same.

Just after a week of owning the car I bought myself a set of R8 replica wheels in 19-inch and boy, did this change the look of the car. This set me back 6500AED/$1770 but it was worth it. I sold my old 18-inch Detroits for 2500AED/$700 so, all in all, not a bad deal. Then after the first three weeks I got bored of the lack of power and wanted a little more kick. Again, Google was my friend and I started looking on the internet for companies located in the UAE that could do a remap. I stumbled across APR USA’s website and it all looked really good. And luckily they had a local dealer. 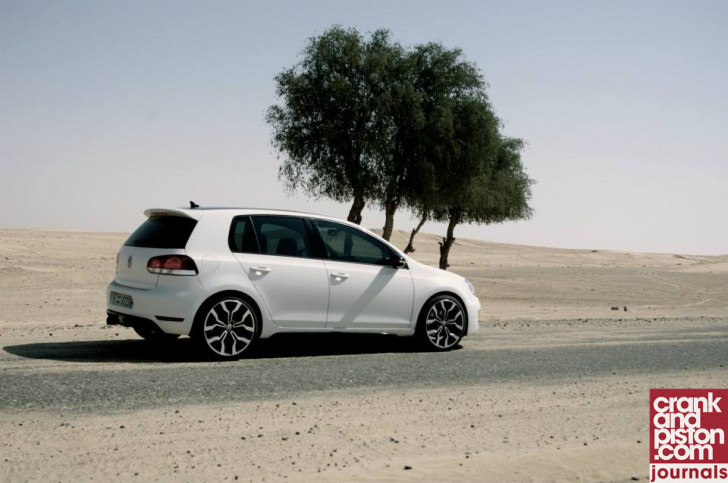 I decided on the remap and also a cold air intake system from APR. After about an hour it was all done and installed and I was 5000AED/$1300 poorer. What the car now delivered was amazing and I was very happy. The first month with the remap was great and I had a lot of fun teasing stock Golf Rs. Then, on my daily route to work, it happened. A light appeared on my dash and the car lost most of its power and was only running on three cylinders. Great! What on earth has happened now? I already thought of the worst.

I got back in contact with the APR dealer and he said it was a common problem and I should have it brought to him and he would fix it when he had time. Well, if it is a common problem he should be able to do it straight away and I didn’t like the sound of that. With my car also due for a service – and it being outside of the warranty phase – I took it to GAE in Al Quoz, UAE. They checked the car and found the problem quickly. An ignition coil had said goodbye and the turbo hose had blown off. They fixed it, but it took three days and set me back 2500AED/$700 for the 40,000km inspection plus the new ignition coil and labour. Oh well, at least I had my car back and it was running again.

Two weeks later I had to go to the German Embassy and on my way there the same problem happened again. So now I knew what it was and what to expect but decided to take the car to Parc Fermé Workshop. Motaz (owner of Parc Fermé) is an old school friend and he took the time, checked the car through and installed a new ignition coil. He also removed the remap from APR and installed his REVO software. I contacted APR USA to tell them about my problem in the hope of getting my money back but nothing happened. It turned out to be a dead end and I couldn’t be bothered to spend more time chasing them. This set me back another 2500AED/$700 but I now hoped that the problem wouldn’t come again. Well let me tell you, three weeks later and I was back at Parc Fermé Workshop getting another ignition coil replaced. Since then nothing has come up again. So I have three new ignitions coils and an old one which is probably waiting to die on me soon.

I still love the car and enjoy driving it. Unfortunately so does my sister who likes to drive it while i’m away on holiday and leaves all her rubbish in it for me to clean. In my next report I will be telling you about the paint work which has been done, the 60,000km service and my decision to install a complete exhaust system, new remap, KW coilovers and absolutely stunning set of BBS Speedlines. 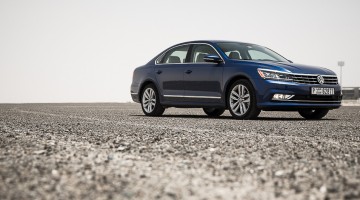 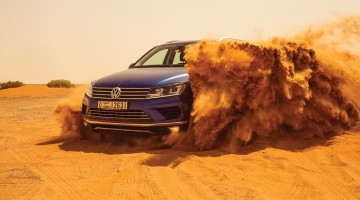