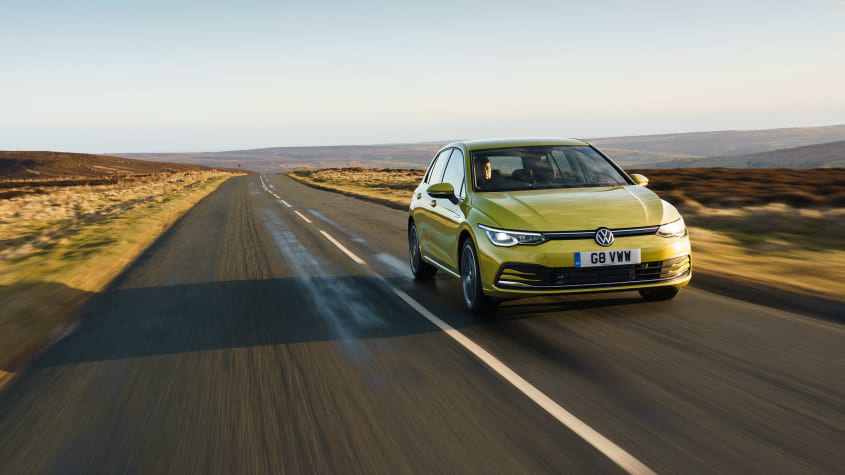 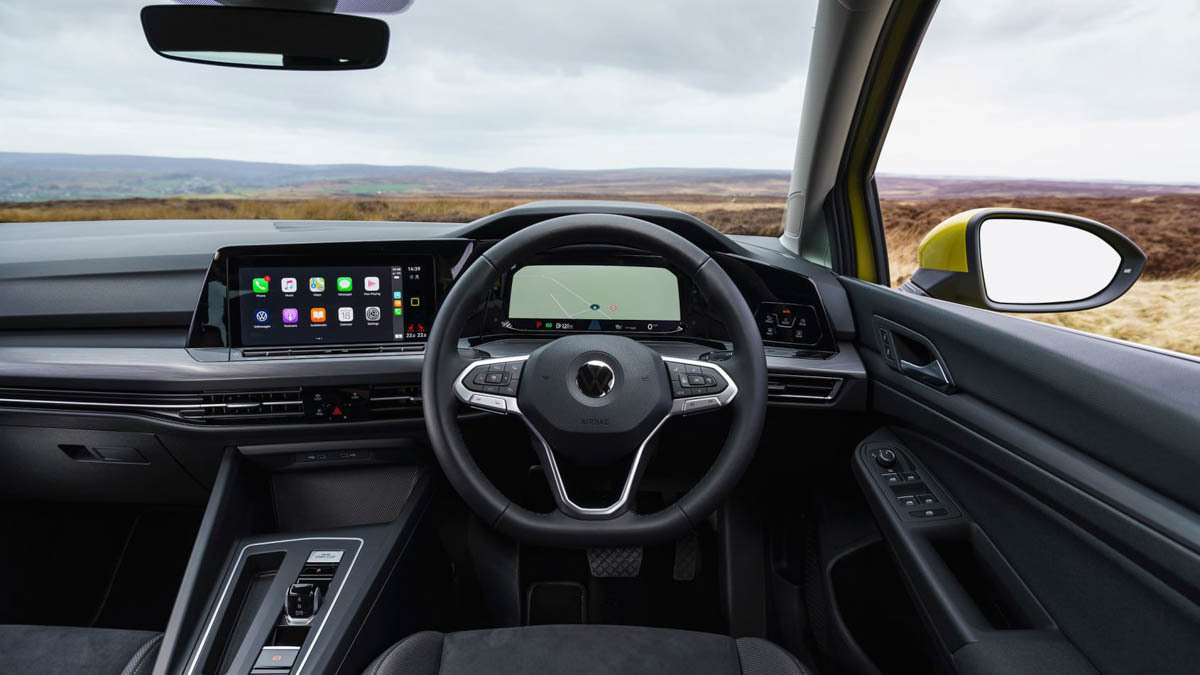 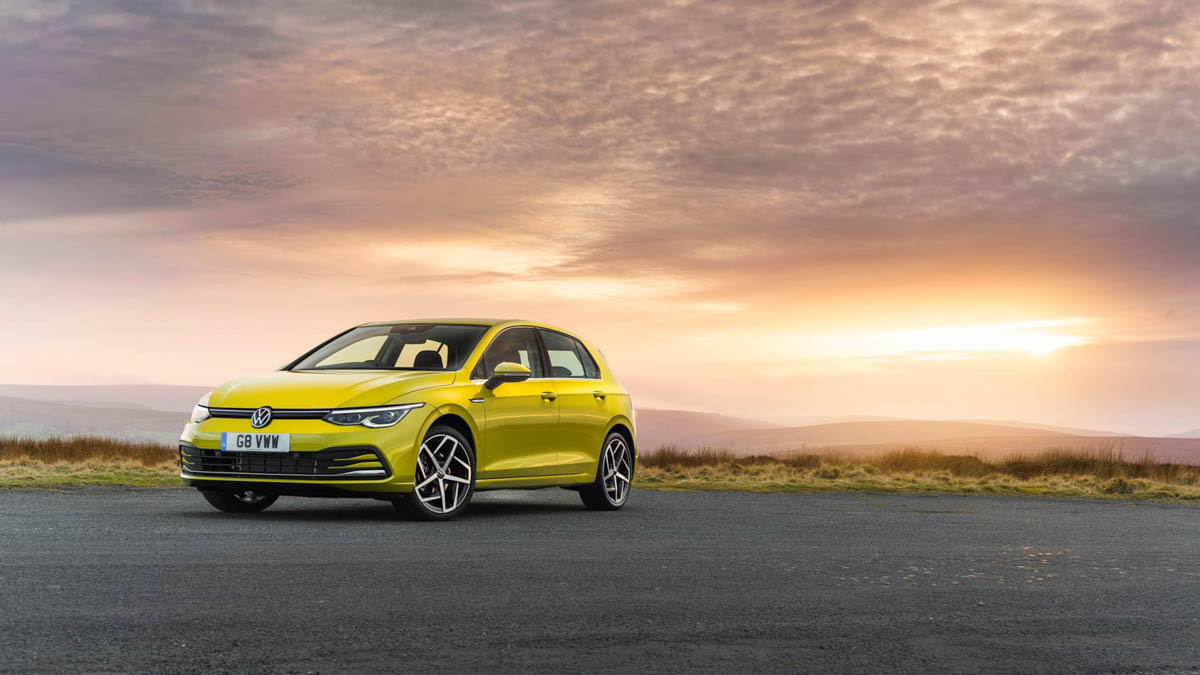 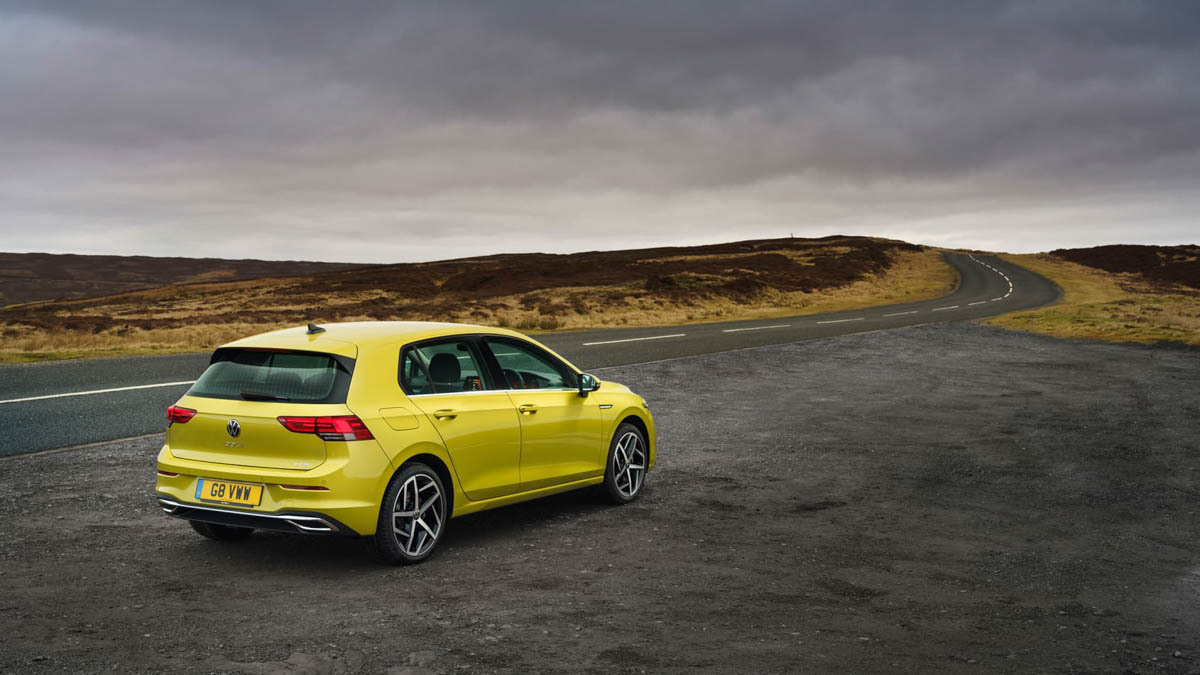 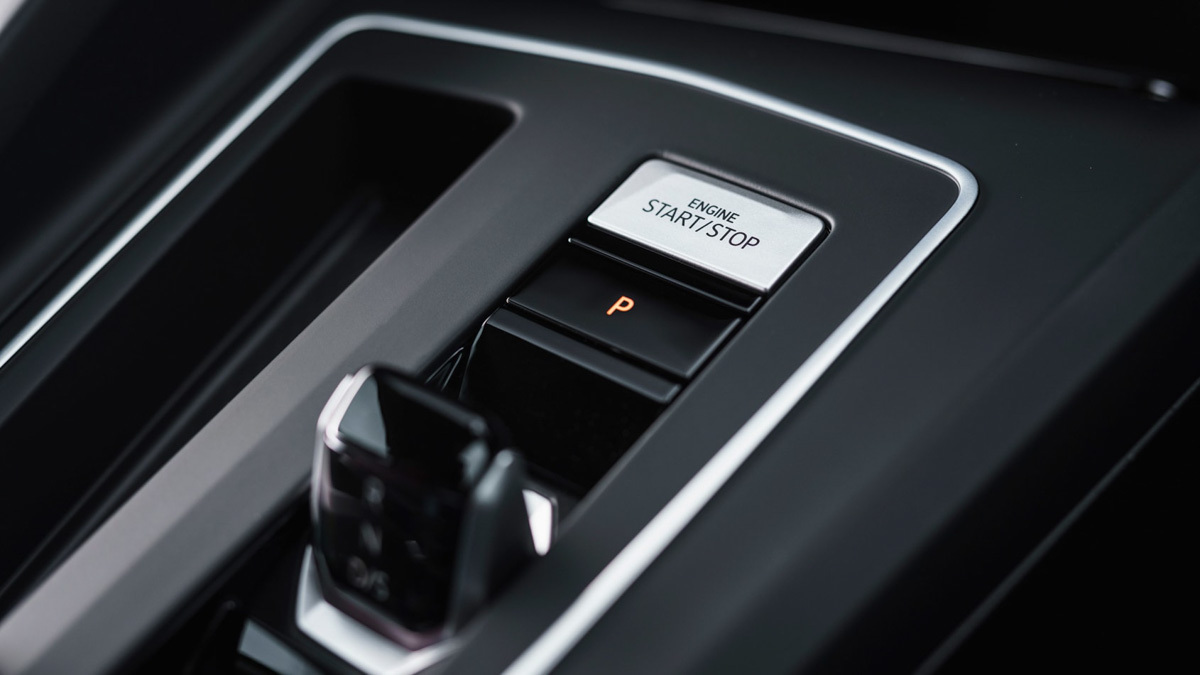 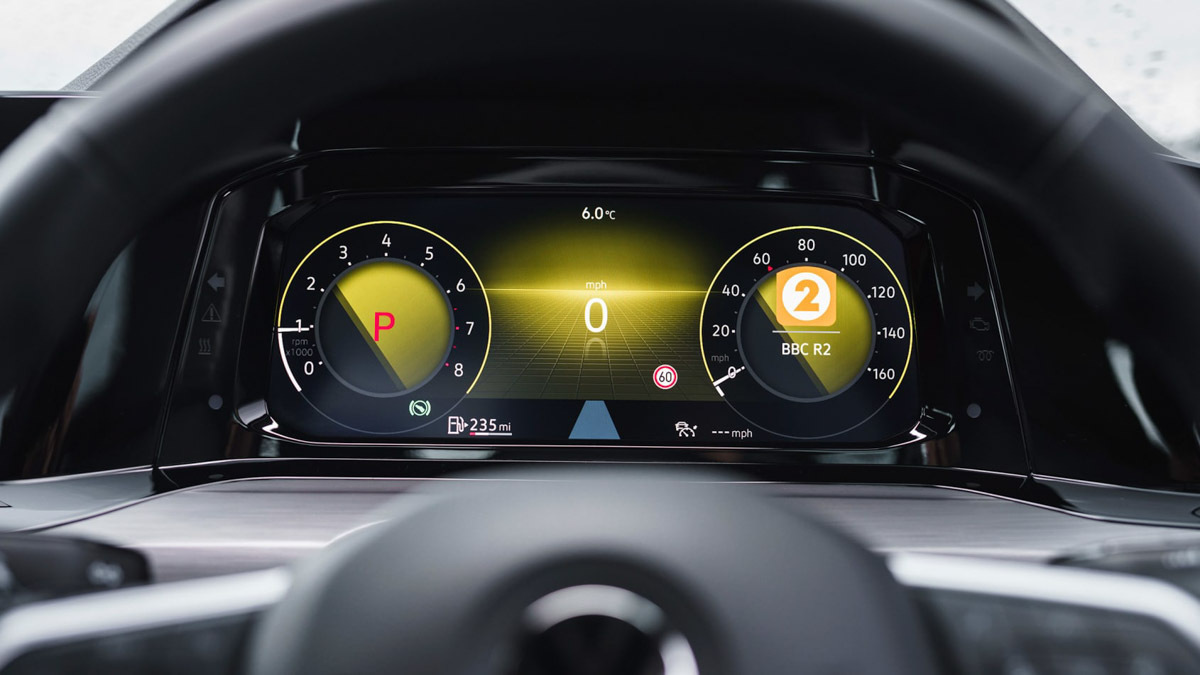 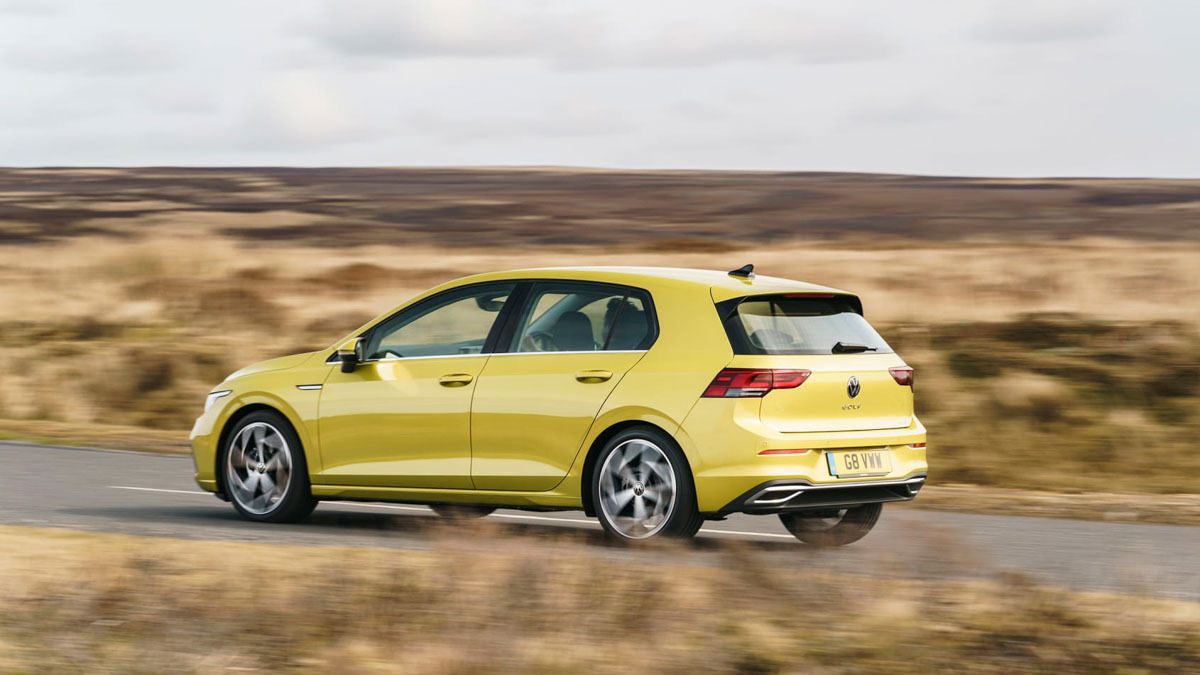 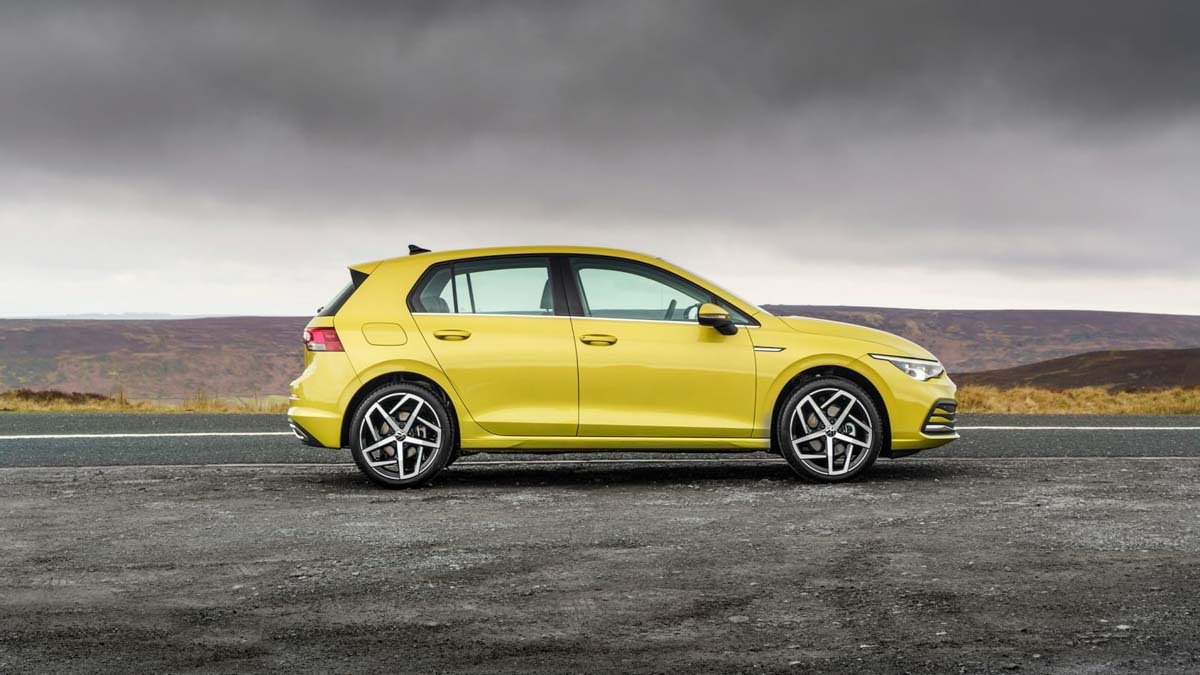 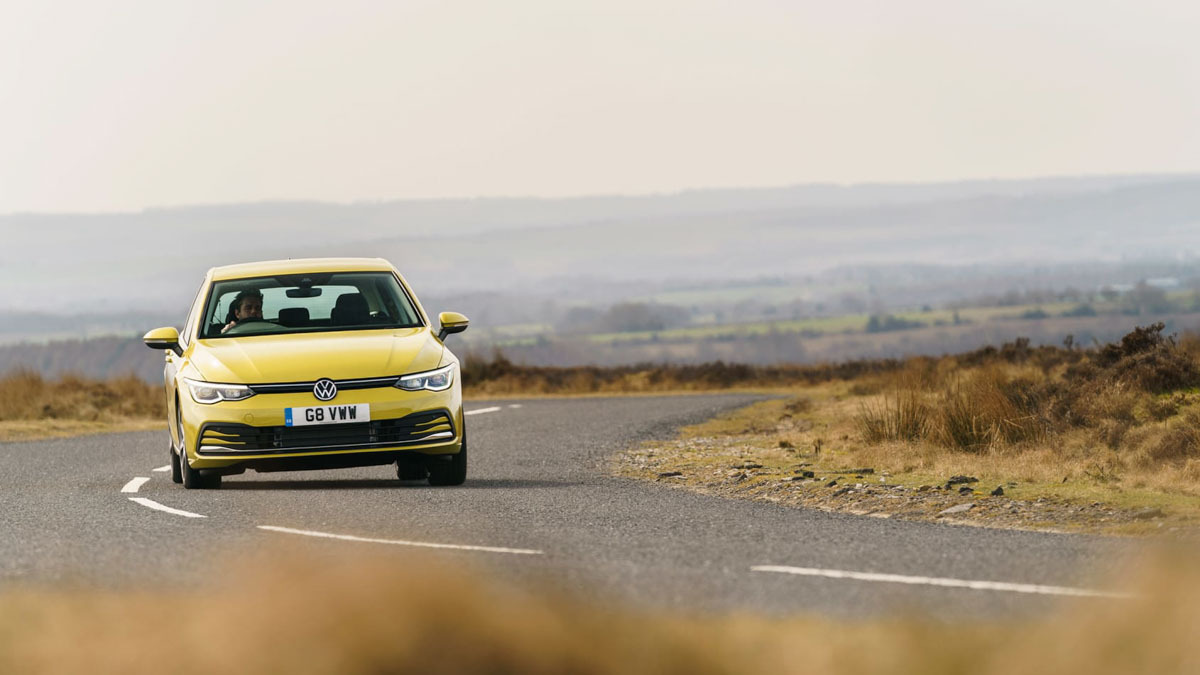 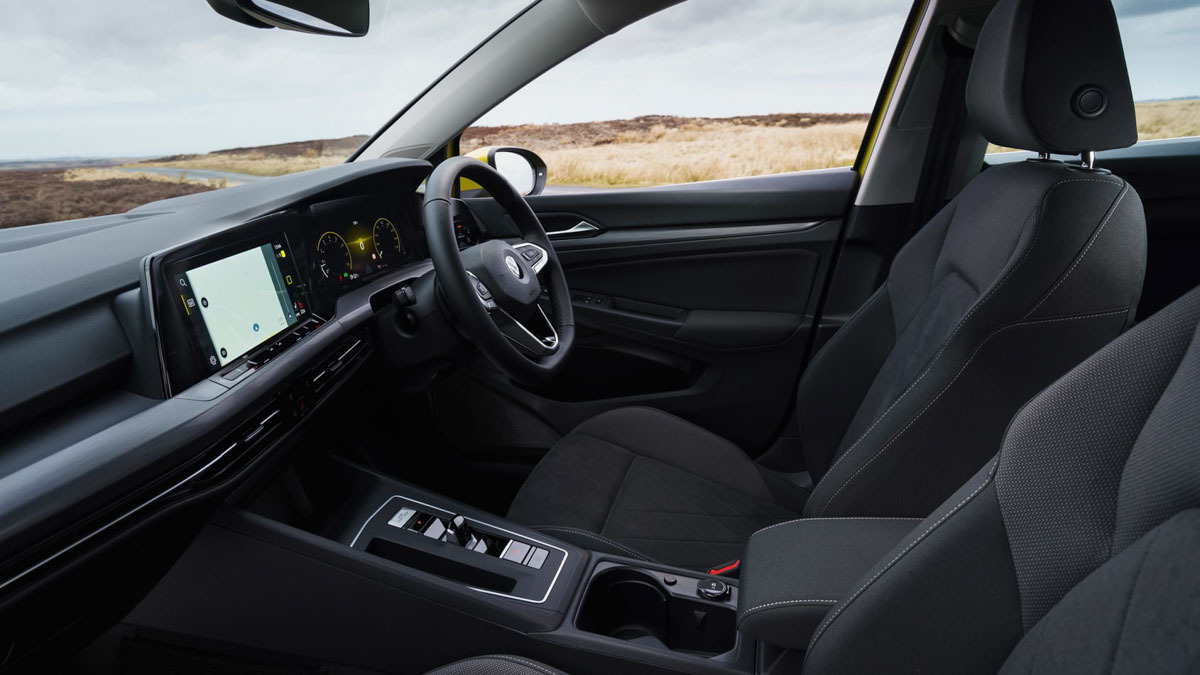 Part of the furniture since 1974, the Volkswagen Golf is now in its eighth generation and showing no signs of fading away even as the world changes around it. In fact, it’s a sign of the Golf’s enduring appeal that even as VW readies its new ID range of electric vehicles, the Golf nameplate continues to forge ahead.

While we have to wait a little longer for the sporty GTI, GTD, GTE, Clubsport and eventual Golf R, we’ve now been able to try the regular Golf on local roads for the first time. Driven here in mid-range Style trim with the 1.5-litre TSI petrol engine, it’s probably the perfect example of the ‘average’ Mk8 Golf – and should give us a hint as to what the GTI and others have in store when they arrive later down the line.

The Golf will, over time, be furnished with a fairly broad range of engines, not least the mix of petrol, diesel and petrol-electric hybrids finding their way into the GTI, GTD and GTE, but our first taste of the Mk8 Golf is that of a 1.5-litre, turbocharged four-cylinder badged TSI 150, equipped with a six-speed manual transmission.

As is the case with any new petrol unit it carries a petrol particulate filter, and in an effort to reduce consumption and emissions further it can also deactivate two cylinders on light loads. It still makes 148bhp between 5000 and 6000rpm though, along with 184lb ft of torque in a spread from 1500 to 3500rpm.

Along with VW’s XDS electronic differential lock and traction control, there’s enough go for an 8.5sec 0-100kph sprint and 224kph top speed. The other key figure, this being 2020, is the claimed 5.6L/100km combined, which is pretty impressive for a petrol engine on the tougher WLTP cycle.

Volkswagen might stretch several models across relatively few platforms but it’s not one to rest on its laurels either, so underpinning the new Golf is the latest development of the MQB platform. As this allows for various engine, drive and rear suspension configurations, the Golf benefits from the ability to incorporate hybrid technology, all-wheel drive, and various four-cylinder engines – though with the Mk8, you can no longer specify a three-door body style.

This particular Golf gets a multi-link rear axle, which typically results in more sophisticated ride and handling characteristics and suggests VW is comfortable spending a little extra on componentry to enable the Golf to put its best foot forward. At the same time, the 1.5 TSI clocks in at 1340kg, which is lighter than an equivalent Focus but a touch heavier than a Honda Civic.

Perhaps the best description for the Mk8 Golf is that it’s the Porsche 992 of family hatchbacks. Not necessarily the quickest, nor the most exciting, nor the most innovative, but an all-rounder of such consistently high quality and attention to detail you sometimes wonder why anyone else really bothers to compete.

The new cabin’s a highlight for a start, VW adopting a modern-looking infotainment and instrument screen set-up on a par with that of the current A-class, and a clean, uncluttered look to the dashboard. It’s less austere than the cabin it replaces, though as with any heavily screen-based arrangement it takes some adaptation. The graphics though are less cluttered than those in the A-class, the touch-sensitive buttons for controlling the lighting are clear, and there’s no faulting the overall driving position, comfort and ergonomics.

Or the way it drives, in any meaningful way. In truth it feels much like the last Golf, which is no surprise as it rides on an updated version of the MQB platform, is a similar size and weight and uses a multi-link rear axle like the GTIs we’re most familiar with. It feels tough without feeling large, the major controls are slick and well-weighted and it’s essentially viceless to drive.

There’s a little more heft to the steering than before (and more thickness to the wheel itself) but turn-in is engagingly positive, with plenty of front grip to lean on and a rear axle that seems to give you exactly the attitude you need, like a parent pushing their kid along as they cycle and only stepping in once things get wobbly.

It’s agile too, no doubt a function of relatively low weight for the class, and that helps it feel respectably brisk too – in second there’s plenty of drive out of tight corners, with good torque in third and fourth for country road driving. It’s not a particularly interesting engine to listen to, but then this isn’t a GTI, and it’s easy to appreciate the refinement. We’d want slightly snappier gearing (the shift itself is chunkier and more satisfying than before, but the ratios are long) but again, this isn’t the sporty one.

There’s a firm edge to the ride quality on rough surfaces and those same patches can highlight some road noise, but the car’s composure and refinement over lower-frequency, higher-amplitude undulations is very well judged, and cornering on smoother surfaces there’s little body movement.

The only real demerit, and chink in the Golf’s otherwise impervious dynamic armour, is a brake pedal that feels soft on first application and provides little feedback in heavier stops, though power is more than adequate. Slightly irritating too having to go through four touchscreen presses to disable the intrusive lane-keep system, which resets itself each time you start the car.

As tested the Golf Style 1.5 TSI comes in at $32,780, with options on this car – a 10-inch touchscreen with navigation, and voice and gesture control ($2010) and $360 of winter pack, which includes heated front seats, and heated washer jets. Standard kit is fairly healthy though, with 17-inch alloy wheels, LED headlights and suede-style seat trim among the usual raft of electronic safety features and infotainment toys. Moonstone Grey paintwork (not pictured) is an additional $470. Golf Mk8s in general start in Life trim from $29,285, while R-Line models begin at $32,885.

Rivals are the usual suspects: Focus, Mégane, Astra, Civic, Corolla, Mazda 3, i30, Ceed, plus premium models such as the 1-series, A-class and A3. With no sports variants of the Golf currently on sale we can’t make a call on those just yet, but out of the crop of regular family hatchbacks, it’s difficult not to recommend the Golf. 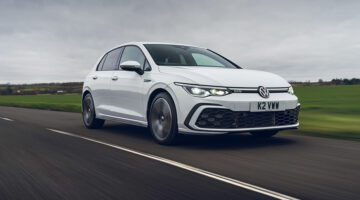 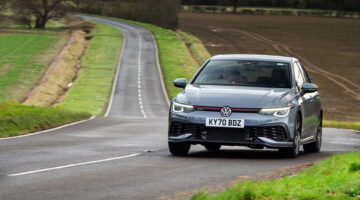 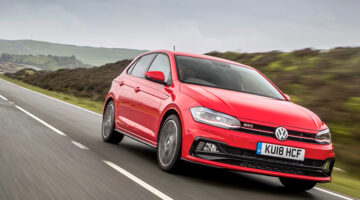