The Davis Divan was a flop, but that doesn’t mean it’s got a bit of cool to it.

After trying out the increasingly iconic Morgan, we’re big fans of three-wheelers, but this one’s new to us. It’s a 1948 Davis Divan, built in the USA in the aftermath of the Second World War.

With incredible demand for new cars after the war, plenty of unusual designs sprouted up, and this Gary Davis-helmed design was one of the deluge. Built from lightweight aluminium, with pop-open headlights and cool styling heavily influenced by aviation, it wasn’t a huge hit, with less than 20 cars produced.

The company closed in 1948, just a year after it was opened, with suppliers and staff unpaid. Davis went to jail; not a great end to his eponymous company, but at least he left a handful of interesting machines. This one belongs to the Petersen Automotive Museum in Los Angeles, which means it’s nice and local for Jay Leno to have a look at. 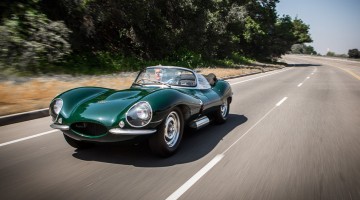