It says a lot that the artistic camera work is NOT the highlight of this video. That would be the Porsche 964 itself.

Think the director sourced a pristine 964 and spent hours shooting it from every angle? Wrong. The 911 video is actually a complete 3D render that took almost four years to complete.

The work is from Serbian 3D artist Djordje Ilic, who worked on the project during his spare time (you can learn more about the process in the below ‘Making of’ vignette) simply because of his enthusiasm of the ‘Legend 964’. Each piece of the bodywork and the cabin has been meticulously crafted digitally and stitched together to create a tribute to the flat-six maniac. And that includes music composition and editing. To call this AWESOME would be a disservice. 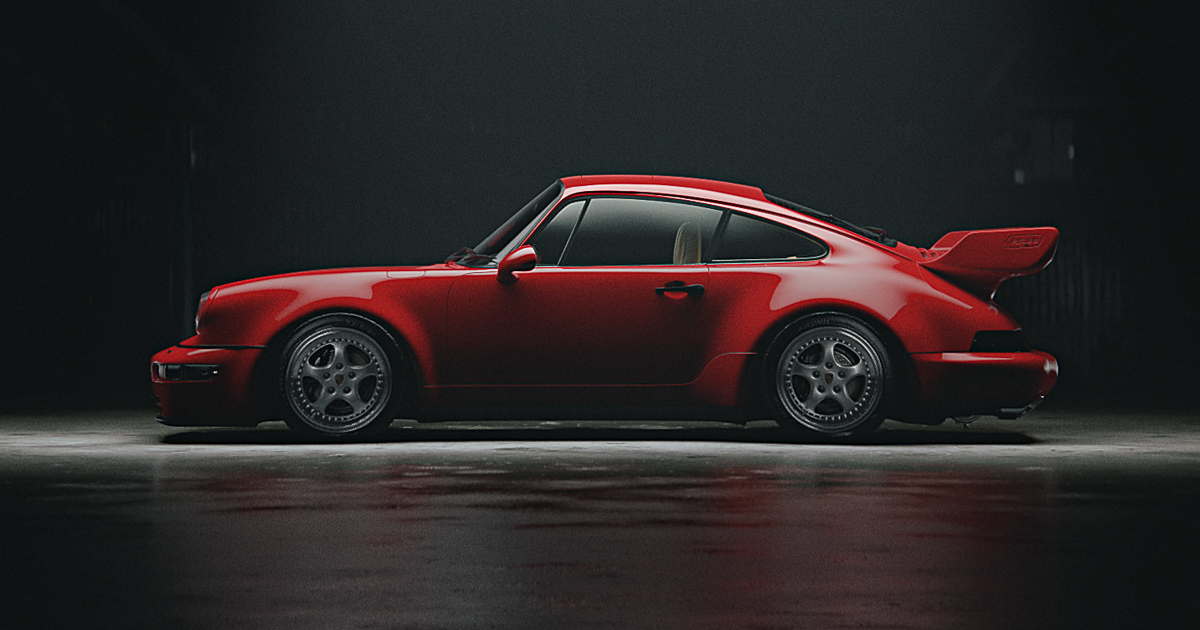 A few words on the Porsche 964

Built between 1989 and 1994, the 964 boasts not only epochal looks – the bumpers, spoilers and wheel arches blend cohesively into the bodywork than the previous 911 ‘Classic’ – but also some significant firsts for the 911 breed: the Benjamin Dimson-designed beast was the first 911 to feature all-wheel drive (the Carrera 2 that followed just one year later would revert to rear-wheel drive tradition) and the first to come with an optional Tiptronic automatic gearbox. This was hardly the end of the technological influx for the 964 though, it also featuring all-new brakes, MacPherson suspension at the front (semi-trailing arm at the rear would make way for multi-link in the upcoming 993), and power steering. Significantly, revisions to the 250bhp ‘M64’ 3.6-litre flat-six smoother power delivery and less turbo lag over its predecessor. Once again the performance game took another step forward, the 964 proving capable of 0-100kph in 6.2 seconds (5.5s with a manual) and a 256kph top speed (262kph, manual).

Derivatives include the Rennsport Carrera of 1992 that booted 155kg of weight over the Carrera 2 and upped power to 260bhp, as well as the ‘Flat Nose’ Turbo, our drive of which you can rear HERE.