Koenigsegg One:1 goes from 0 to 300kph to 0 again in less than 18 seconds. Relive the run again, this time from on-board. 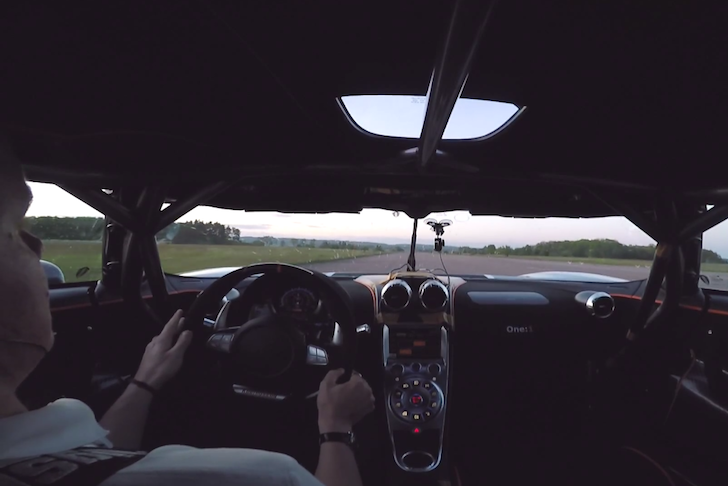 It being the stuff of internet and automotive folk lore by now, the Koenigsegg One:1’s 0-300-0kph run in 17.95secs is no doubt already familiar to you. Impressive stuff, to see a 1341bhp 5-litre twin-turbo V8 at full lick, but if only – IF ONLY – we’d been treated to more of that awesome, rib-cage rattling soundtrack.

Ask and thy shall receive, for Koenigsegg has now released a version of the run it calls ‘Full Noise Edition’, shot on-board from just behind the driver’s head. You could show mercy to your headphones, but we wouldn’t recommend it…

1600bhp Koenigsegg Jesko enters production ahead of deliveries next year