RAW footage of Ken Block’s ’65 Mustang notchback – the Hoonicorn – being put through rigorous testing almost one year ago. 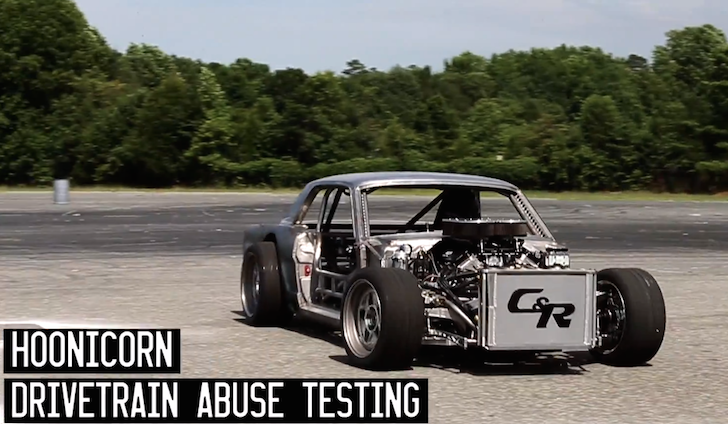 Those of you with a pulse will no doubt remember the Hoonicorn, the modified 1965 Mustang notchback that spat out 845hp from a 410 cubic inch Ford V8 and which Ken Block used for Gymkhana Seven. No doubt – like us – you thought that once the monkey Chris Harris has been taken for (what looked like) a terrifying ride from the passenger seat, this would be the last we’d see of the Monster-sponsored…er, monster.

But no. Clearly The Hoonigans haven’t finished raising their fans blood pressure, since they’ve now released raw footage of the Hoonicorn being put through its tyre shreddings paces during the development stage almost one year ago…