What next for James Glickenhaus and the thoroughly mental Glickenhaus SCG003C? Evo Magazine finds out during the 2016 Nurburgring 24 Hours with the man himself

Chances are regular readers of crankandpiston.com will already be familiar with James Glickenhaus, the former financier and film director who sent the automotive world reeling when he commissioned Pininfarina to build a bespoke car on top of an Enzo Ferrari chassis. Two different versions – on-road and the P4/5 Competizione track-brute – would be built before James, after numerous scoldings from Maranello, dutifully told Ferrari to go stuff itself so he could build his own supercar from the ground up, and go racing.

The venture made history last year when two specially prepared SCG003C racecars debuted at the Nürburgring 24 Hours, having made history by first smashing the Hockenheimring lap record four seconds faster than the Porsche 918 Spyder had managed, then having their race entry in the balance when the twin-turbocharged V6 turned out to be too loud. Yes, seriously… 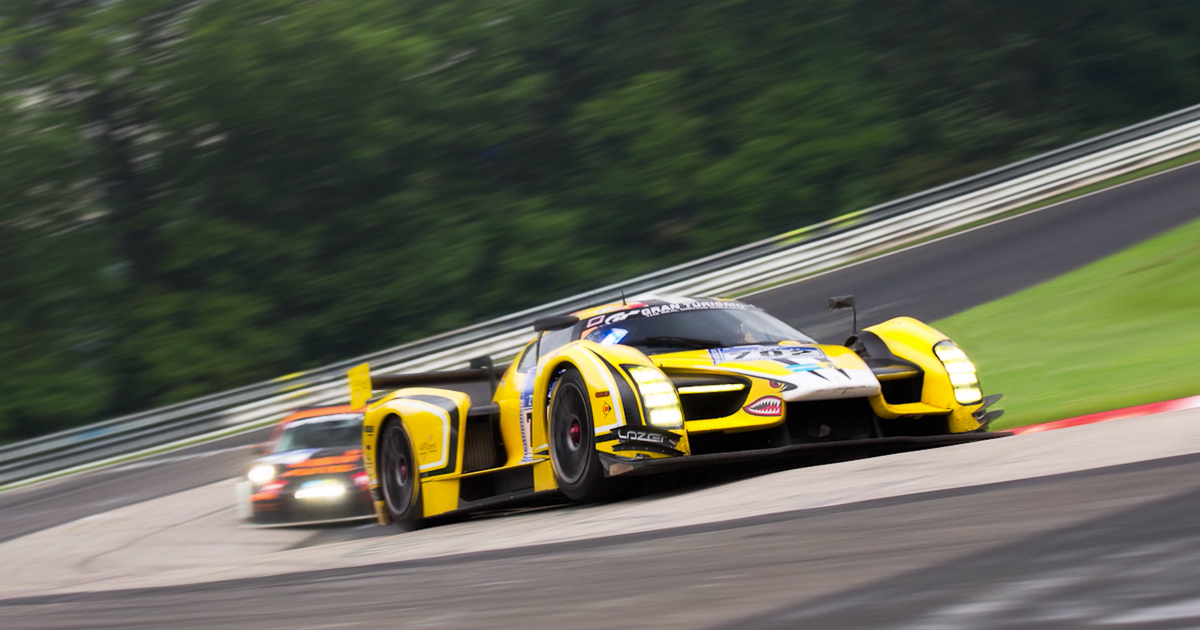 In 2016, James Glickenhaus and his crew are back for another crack at the Nürburgring 24 Hours, catching up with EVO Magazine beforehand to discuss the three SCG003Cs that had been entered. Despite the SCG003C – the third one-off from Glickenhaus – featuring a 550hp twin-turbo Honda V6, weighing 1350kg and boasting a whopping $2.4 million price tag, a new road car is under development:

“We’re building up the road car as we speak. We have a great 4.4-litre twin-turbo reverse flow motor. We think we’re going to make about 800bhp, about 850Nm of torque, and we’re going to hopefully keep the weight down to 1200kg. Our goal is really to make a sports car: it’s very hard to put down more than 700bhp on road tyres with two-wheel drive, but we’re very happy with the performance.” Expect more plans for the race team further down the line too, as the above mid-race interview reveals…

Luck would run out for two of the three entered Glickenhaus cars at this year’s Nürburgring 24 Hours, the #702 posting the best team finish in 26th overall. You’d be forgiven for not paying too much attention to that of course, given the last lap change for the lead between Maro Engel and Christian Hohenadel in the former’s favour, and Mercedes’ 1-2-3-4 whitewash with the AMG GT3.

You can check out more of our Video posts HERE