Girls, check. Cars, check. BMW is onto a winner with this one. The German manufacturer has teamed up with supermodel Gigi Hadid to launch its new M2 coupe model. 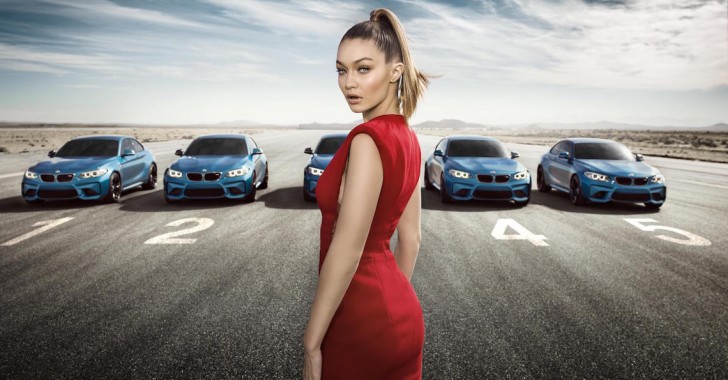 To coincide with the market launch on April 16, BMW has teamed up with Gigi Hadid to launch the new M2 coupe.

The video invites viewers to play a very different kind of “shell game”, with the film starting with Gigi climbing into one of three parked BMW M2 coupes; from then on, the viewer must try and keep track of which car she’s in. Two additional BMW M2 coupes join the mix and a fast-paced vehicle choreography begins. At the end of the clip, all five M2 coupés come to a halt and the viewer has to identify which car Gigi Hadid is in.

The one-shot stunt was filmed at an airfield in California’s Mojave Desert under the direction of Oscar-winning cameraman Mauro Fiore.

If the player picks the right BMW M2 coupe, the campaign’s digital architecture leads them into the digital BMW M2 coupe showroom in the player’s country.

Check her out, we mean, check the video out here: