Ever fancied driving an F1 car? Well, now you can at the Dubai Autodrome in the Middle East. 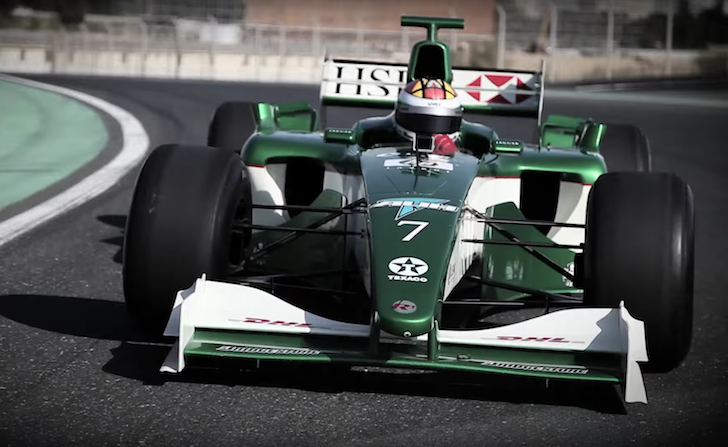 If you’ve ever dreamt of driving a Formula 1 car now’s your chance, as Dream Racing can now offer you an experience of motorsport’s highest category at the Dubai Autodrome.

Originally established in Finland (you can draw your own Mika Hakkinen, Kimi Raikkonen and Keke Rosberg references), Dream Racing’s Middle Eastern operation made its first impression at last year’s Dubai Motor Show, and has since drawn further approving nods with its choice of F1 machinery, both of which raced during the V10 era of the early Noughties (though the naturally aspirated Cosworths have long since been swapped out). First up is an Arrows A23 driven by three-time Grand Prix winner Heinz-Harald Frentzen in early 2002 before financial woes caused the team to close its doors permanently at that year’s French Grand Prix during its 25th year of competition.

The Jaguar R1 meanwhile (above) hails from the British marque’s troubled debut season in 2000, driven to two points paying outings by ’99 championship runner-up Eddie Irvine. Not exactly your ‘hall of fame’ contenders, true, but the Judd V8s under the bodywork nevertheless churn out 550bhp. Combine this with a 550kg kerb weight, and both the Jaguar and Arrows are still capable of 0-200kph in five seconds flat and a 320kph top speed. Not too shabby for your first F1 experience…

If you’re hankering for a bit of F1 heritage now that the current hybrid turbocharged V6 era is now in full swing, you can find more information on the Dream Racing Experience HERE. Oh, and while you’re at it, put our names down too.

Previous ArticleRM Car Design revises new Audi A4
Next Article VIDEO. APEX: The Story of the Hypercar. We have a date!