The latest video from the Dubai Police gets our deputy editor thinking about car chases. 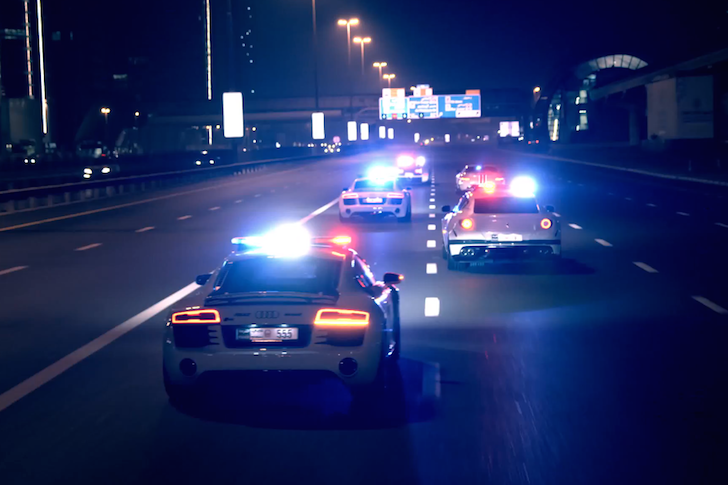 During stages of particular fatigue/boredom back in my native UK on a Sunday evening, WWPV offered hours of basic entertainment – particularly if you could find a marathon – by running high speed car chase after high speed car chase, the moral usually being ‘if you think you can evade the law, you’re DEAD wrong’. Given that Dubai Police has just unveiled its latest addition to its branded supercar fleet – a Lexus RC F – and released the below video, I found myself idly wondering what a WWPV in Dubai would be like…

[Psst, try to read the below in the voice of Sheriff John Bunnell]

Dubai, 2014. This Batrol driver thought he could get away with veering across eight lanes of highway traffic to avoid missing his junction. Now he’s got the Dubai supercar fleet RIGHT on his tail. The vehicle darts between Toyota Land Cruiser pick-up trucks without indicating, and as the officers in the pursuing Lamborghini Aventador close in, they’re STUNNED to a see a lion moving around on the backseat. As the chase enters the bi-pass road surrounding the city, the suspect hits speeds of 200kph, flashing his headlights at drivers in the outside lane from up to half a kilometre away. Having slowed for the speed cameras, he again darts for the highway exit from eight lanes over. Only this time, he manoeuvres TOO fast…TOO late. The Batrol rolls several times, and officers in the Police McLaren MP4-12C move in.

This driver thought he could pull a fast one. Now he’ll be pulling hard time. Salam buddy!

Don’t know about you, but I’d watch that…