Brembo has issued some pretty cool braking facts, ahead of this weekend’s Gulf Air Bahrain Formula One Grand Prix, in the form of a video. 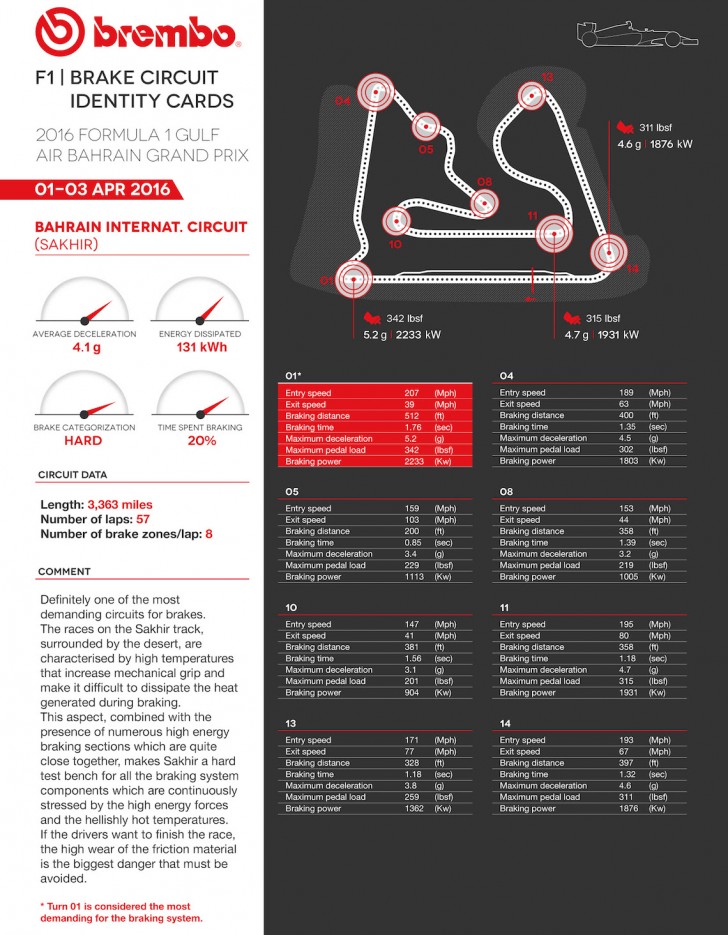 Brembo has issued a video including some very cool braking facts, ahead of this weekend’s F1 Gulf Air Bahrain GP.

The Middle Eastern circuit is a tough test bench for all of the braking system components. Designed by Hermann Tilke, the track is located in a desert area a few miles from the capital (Manama). Even though the race is held at night, the temperatures are extreme: last year during the race, the temperature of the asphalt never fell below 28.8 degrees Celsius (83.84 degrees Fahrenheit). This increases mechanical grip and makes thermal exchange difficult during the braking process, leading to greater wear of the friction material.

According to the Italian company’s engineers, the Bahrain International Circuit falls into the category of the most challenging circuits for brakes. The Bahrain track earned a score of nine out of 10 on the difficulty index; identical to recently built tracks like Singapore and Baku, which have yet to be used.