Peugeot has announced that its 308 GTi – the French company’s answer to the Ford ST and Volkswagen’s Golf GTI – will make its debut at this year’s Goodwood of Speed Festival.

Teased ahead of its October release via Peugeot’s 308 R concept, the new 308 GTi is the third model to receive a performance tune-up from Peugeot Sport, following in the wheel tracks of the RCZ-R and the 208 GTI 30th Anniversary Edition respectively. Under the bonnet lies a 1.6-litre THP four-cylinder, available in 2548bhp or 266bhp guise, the latter of which – when mated to a six-speed manual gearbox – hits 0-100kph in six seconds flat. Torque output for both is 243lb ft, sent to the front wheels exclusively. 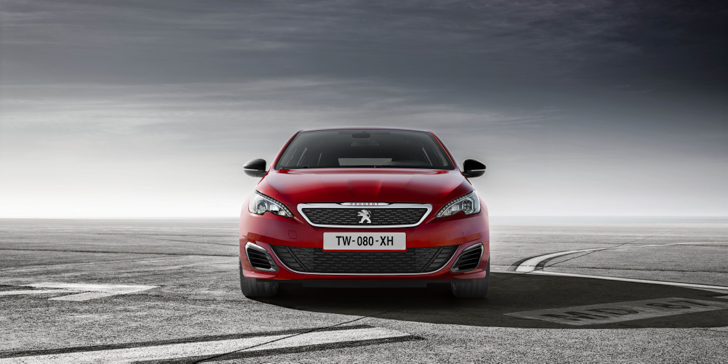 Chief dynamic differences between the two include a Torsen front differential, 19in ‘Carbane’ wheels, and bigger 380mm brakes for the more powerful version. Over the base 308 though, both models boast a heavily reworked suspension system that drops the car 11mm closer to the ground. Wider front and rear tracks, increased camber on the front wheels, and stiffer bushings for the rear wishbones should further help improve grip and handling: springs at the front are 60 per cent at the front, 100 per cent at the rear, further emphasising the 308 GTi’s performance potential, though Peugeot Sport insists the new GTi is not a car for the track.

Bodywork changes are difficult to spot over the base Peugeot 308, new LED lights, a new black mesh, a deeper front bumper, chunkier side skirts and a more compact rear diffuser the notable exceptions. Prices have yet to be confirmed but are expected to be around the $42,000 mark.