UAE Sportbikes. Equal To Nothing, Stronger Than Everything

Dubai, UAE. The UAE Sportbikes hit the track again at the Dubai Autodrome for round three of the 2012/2013 season. And for Luca, it’s all about the atmosphere. 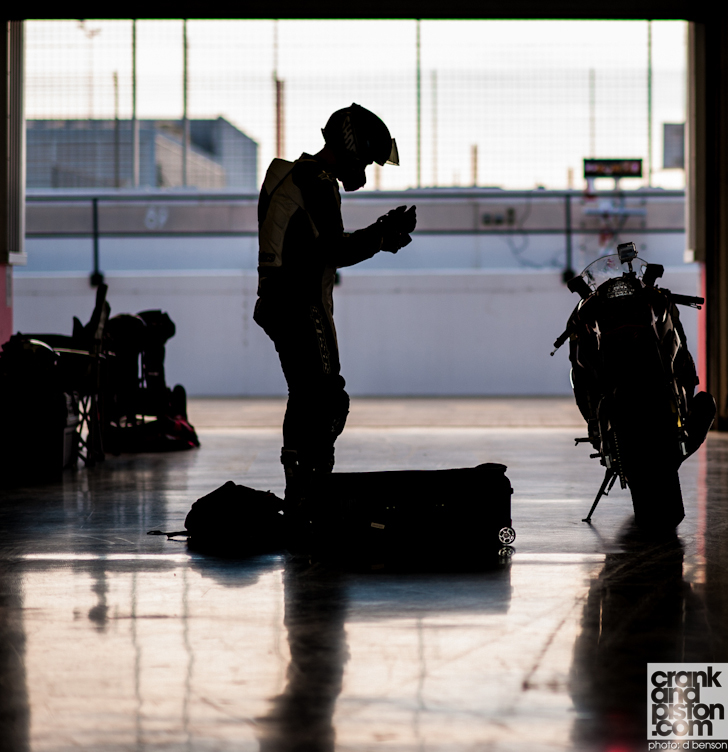 If there is a place we can claim is the birthplace of modern motorsports in the UAE, it would be the Dubai Autodrome.

It hosted the first race for motorbikes, for cars, and the region’s first (on-track) endurance event. It hosted the first manufacturers tests, tyre tests and Formula One driver training, and has since developed its own Race School, and I feel very privileged to have witnessed every day of its growth. 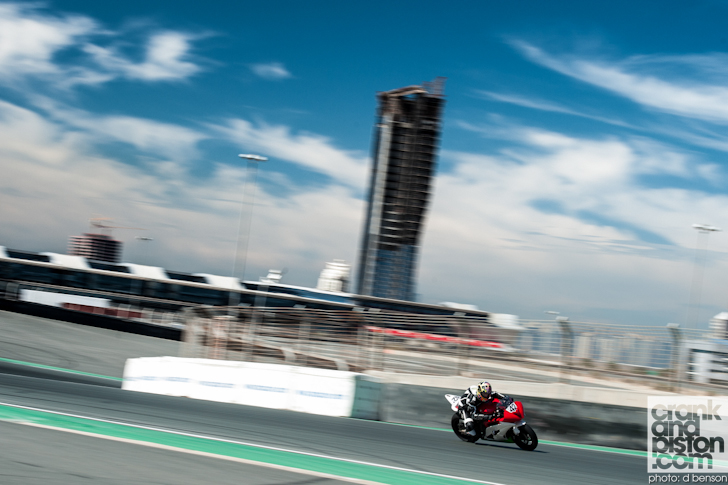 Compared to established disciplines in Europe and America, motorsport is still in its infancy in the UAE. Saying that, the region does boast nearly seven years of National Championships for both cars and motorbikes. I myself was born to ride motorbikes, but after my accident (details of which you can read about HERE) I spent many years on-track on four wheels.

Now, at the ripe young age of 41, my old love has returned, and last weekend I put that to good use by taking part in the bike track day at the Dubai Autodrome. 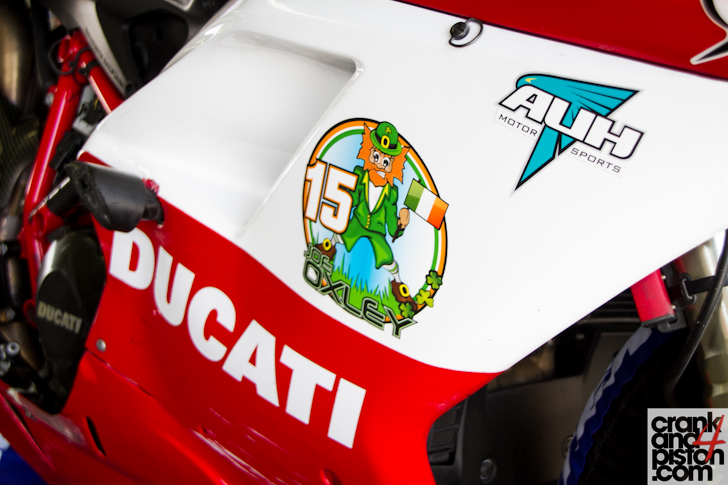 I walked through the paddock and smelled the competition, I heard engines revving hard, screwdrivers working, air pressure guns spitting, riders talking and laughing: I breathed the Race Day. It was real and alive. I felt the tension and the focus of the competitors once the sirens announce that the pit lane was open. 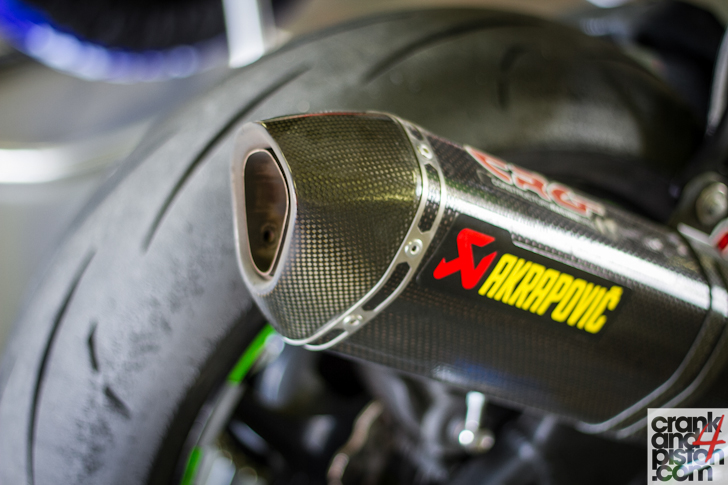 I lapped the Autodrome myself, loving the design of the International Circuit, surrounded as I was by Ducatis, MV Agustas, Yamahas, Kawasakis and a Moto Guzzi. It felt like we were all there as one. It’s a healthy sport, made of simple people, driven by an insane passion for engines and wheels: equal to nothing, stronger than anything.

As well as spending time blowing the cobwebs off my beloved KTM 690 Supermoto, I enjoyed watching the third round of the UAE Sportbikes too. 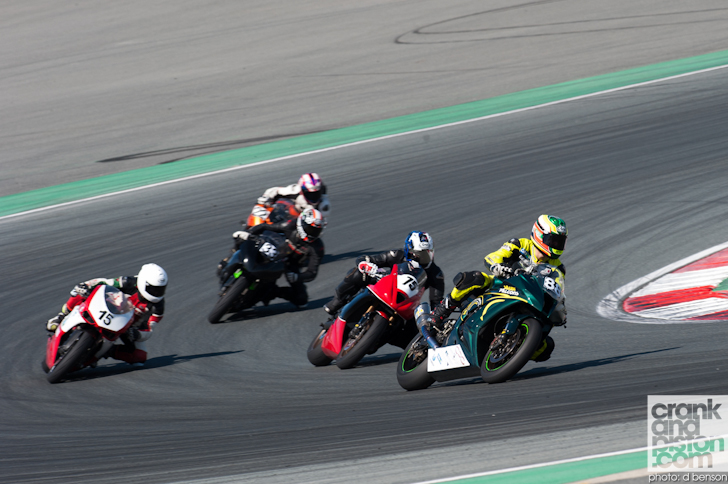 I watched the mighty Saudi Falcons Kawasaki ZX10R, ridden by Abdul Aziz Binladen, take two 1000cc wins over Alan Boyter and Steve Blackney’s respective Kawasakis (though Blackney would fail to make the finish of the opening race), and saw Rob Nicholas on the Triumph and Joe Oxley on the Ducati take a win apiece in the 600cc Class. 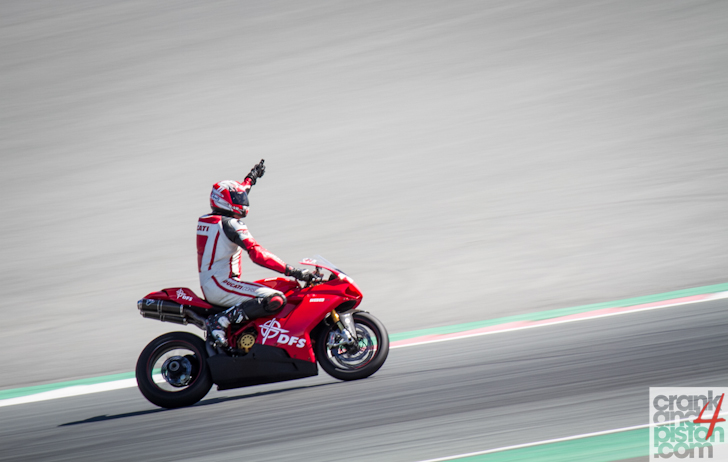 There may only be three competitors in the 1000cc Class, and Abdulaziz may have walked both races, but positions were still hotly contested throughout the 16-strong UAE Sportbike field. By their very nature, riders compete like animals right up until the chequered flag, only for the civility to return once the leather suits are on the wall again. 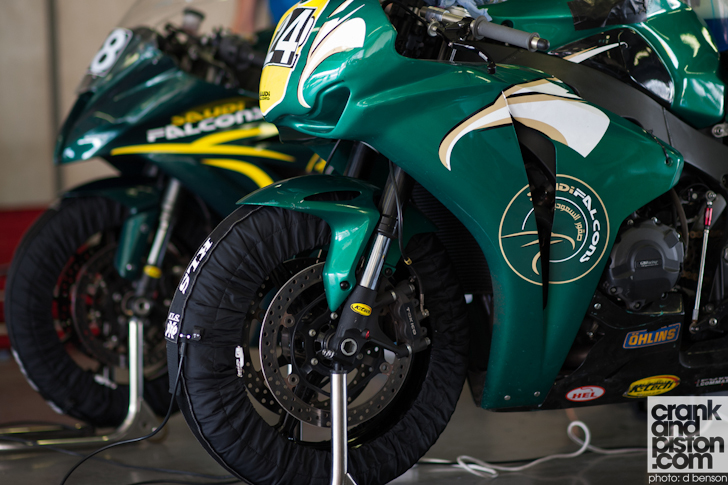 This is motorsport in Dubai. Still young but with a legacy already welcoming, accessible, exciting, warm, colourful and human. Maybe one day the big names will come, buy everything, bring big trucks with amorphous engineers and this atmosphere will vanish. Only then will it be time to take my leave.