In front of a stellar crowd in Al Ain, UAE, and one or two crankandpiston reps roaming at large across the arena, Jihad Hassan was crowned King of Drift at the opening qualifying round of the 2013 Red Bull Car Park Drift at Al Ain International Airport in the Nissan S14. 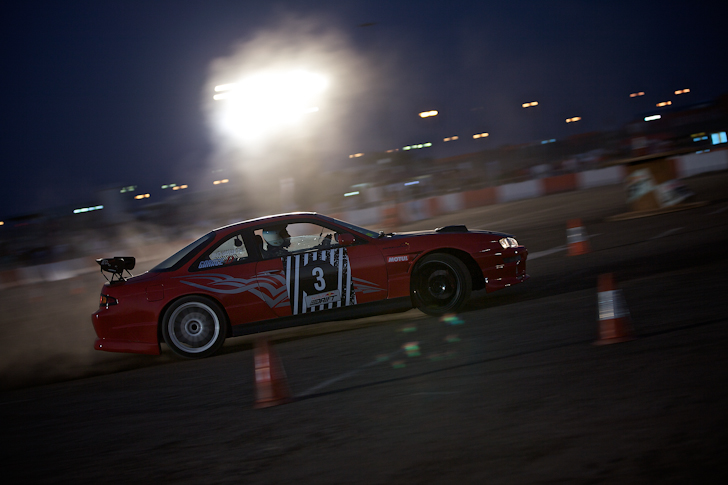 Having done a good job of both wowing the crowd and filling them in with copious amounts of dust, like most of the dozen strong competitors on the night, Jihad Hassan would come out on top after two solid practice sessions culminated in a blistering final run in the Nissan S14 worth 247 points. Fans were quick to celebrate Hassan’s achievement, his first CPD win at only his third attempt. 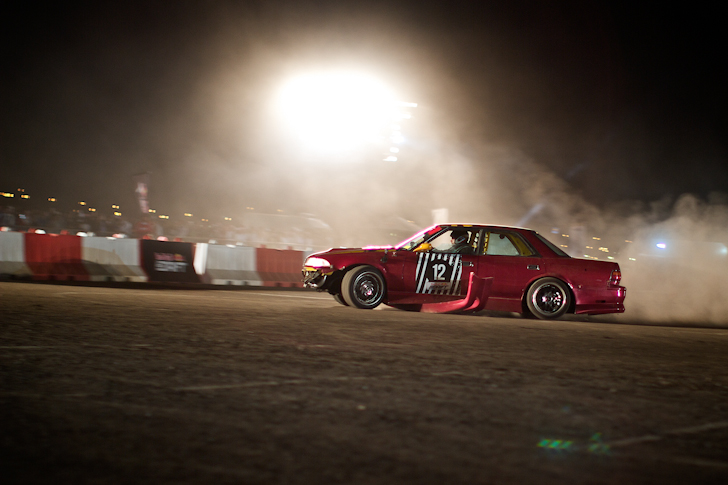 Second place would eventually go to Samra Khadra, the Jordanian finishing just four points behind after a day in which he’d established himself firmly as a contender for victory in the Nissan Skyline R34. Local boy Faisal Al Zaabi got the crowd on its feet with a superb final run in his Toyota Mark II JZX81 to secure third place with 189 points. This despite losing his front bumper halfway through the final run. 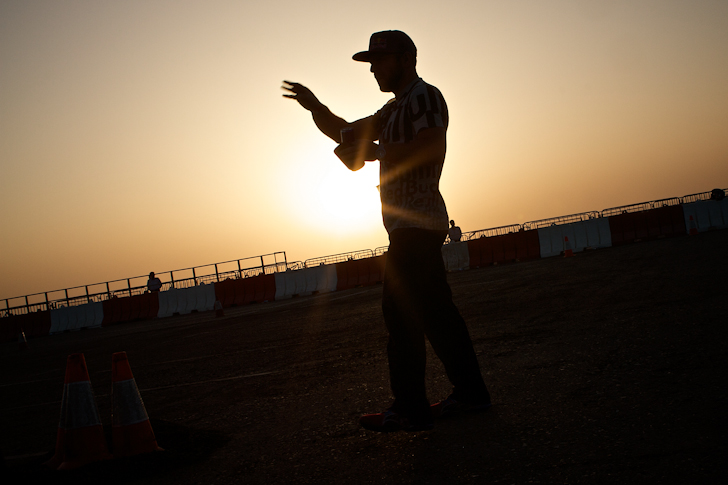 Among the three-strong judging panel for the event was long-time Red Bull athlete Abdo Feghali, just one week since entering the Guinness Book of World Records for the longest ever drift (and you can read crankandpiston’s exclusive interview with the world record holder HERE). Alongside the Lebanese legend, CEO of Prodrift Academy Graham Mac Namara and Senior Instructor at the Yas Marina Circuit Sam Zian completed the panel. 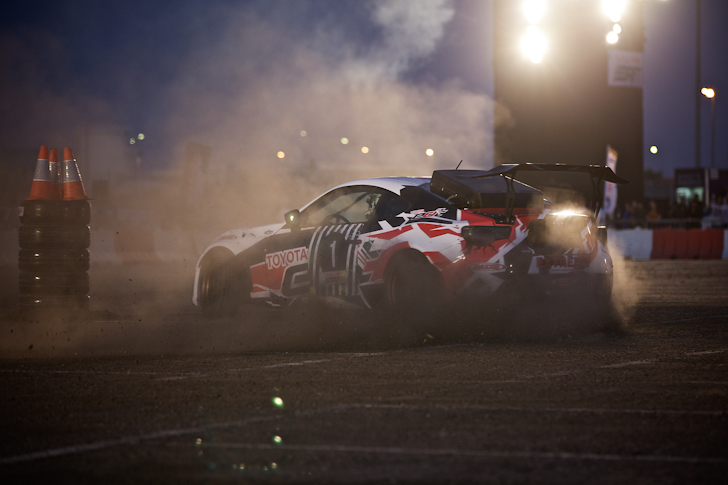 Toyota athlete Ahmed Al Amri had looked good to make the top four on the night in the Emirates Drift Team Toyota 86, but would eventually be pipped by the Pirates of Drift Team. 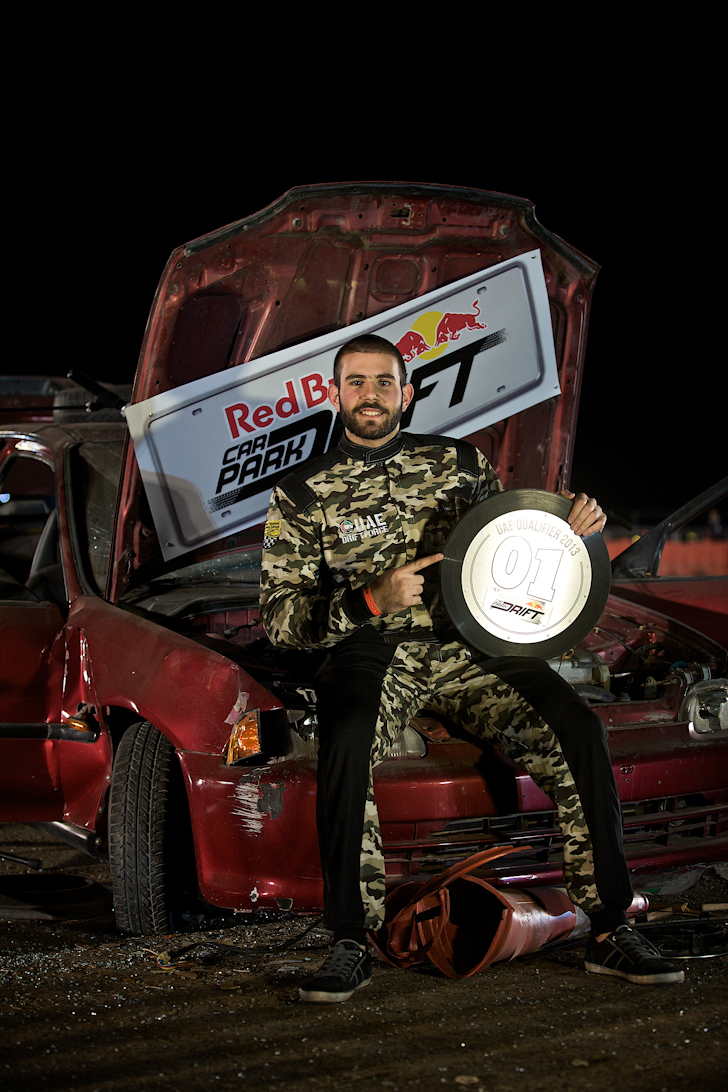 UAE regional champion Hassan will be looking to emulate last year’s Red Bull Car Park Drift king Mohamed Al Kukhan, who secured the crown at the regional finals in Jordan. As well as the season opener in the UAE, the 2013 national qualifiers and finals include Kuwait, KSA, Oman, Jordan, Egypt, Bahrain and Lebanon.

CHECK OUT THE AWESOME VIDEO BELOW.