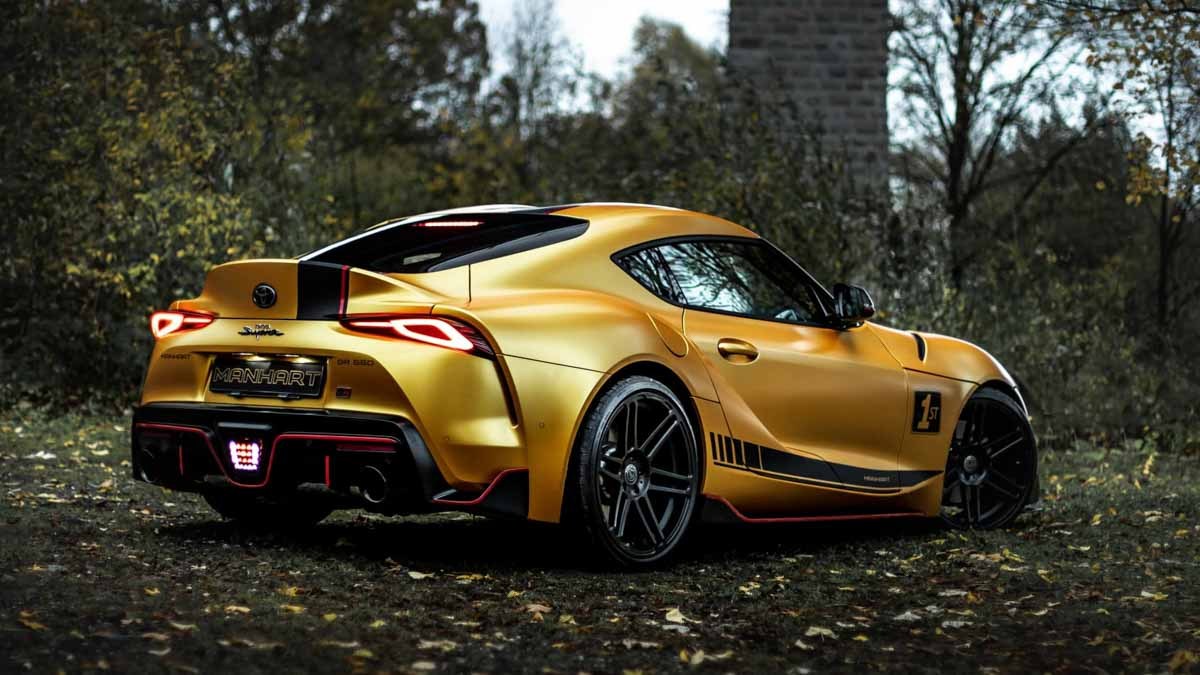 The A90 Supra certainly doesn’t lack straight-line performance, but as you’d expect, plenty of tuners have already extracted plenty more power from its six-pot power plant. Following the release of a lesser tuning package in April, Wuppertal-based Manhart has now increased output to 542bhp, with handling and aesthetic tweaks coming alongside.

Should you follow the world of tuned cars, you’d know that Manhart primarily works with BMWs, but thanks to Toyota’s collaboration with the Munich marque, it has applied its expertise to the new Supra. Boasting the same B58 power plant you’ll find in the Z4 M40i (and any other 40i product for that matter), the tuner’s 12,000 GR 550 kit takes performance to the next level…

Until now, only a 444bhp Supra tuning kit was available, but with a new TTE 685 turbocharger, uprated radiator, carbon intake and ECU software tweak, the new package raises output to a huge 542bhp and 568lb ft of torque – that’s 207bhp and 199lb ft more than standard, giving it considerably more power than even the $99,817 G80 M3 Competition.

No new performance numbers have been provided, but it’s safe to say you’ll see an improvement over the factory 4.3sec 0-100kph sprint…

Aside from the additional power, Manhart is offering suspension upgrades to improve handling. Lowering springs can be had for $390. However, just shy of $3500 will afford you a new KW suspension set-up for the ultimate transformation.

No tuned Supra would be complete without a new exhaust system, so Manhart has also revealed around $5400 Frequency Intelligent Exhaust available with a sports downpipe and a more free-flowing 200-cell catalytic converter.

New 20-inch ‘Concave One’ wheels in satin black are priced at around $3000 too, with a ‘decorative vinyl’ set also on offer to help set your tuned Supra apart from the rest.